Delhi protests on for 9 months: What do farmers across India think about the new laws 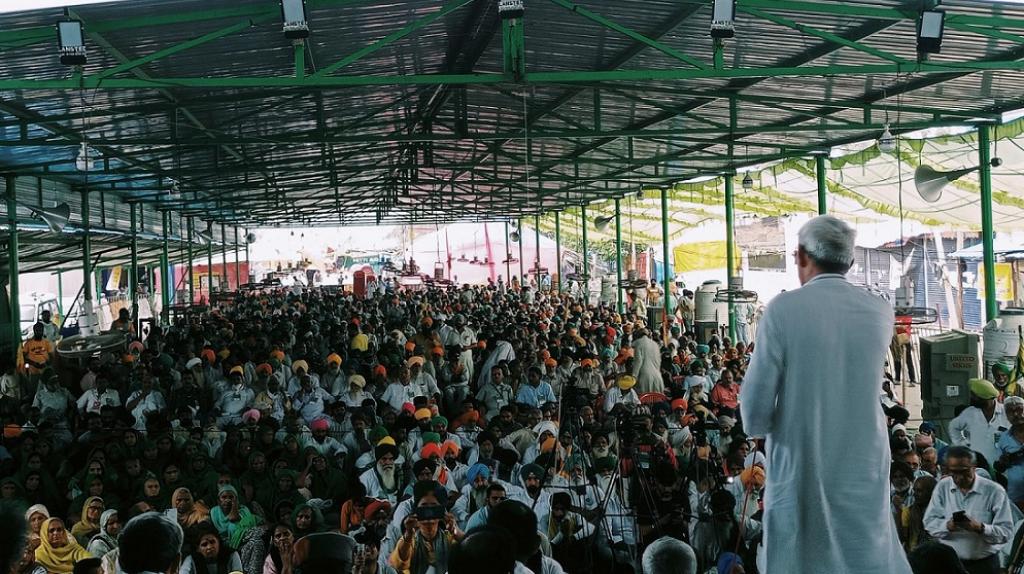 In the months since, farmers have camped at Singhu, Tiki and Ghazipur on the border of Delhi and have continued their protest. They have braved winter cold, summer heat, rains and a deadly second wave of the novel coronavirus disease (COVID-19). According to the Samyukt Kisan Morcha that is leading the protests, more than 537 participants have died as of July 10, 2021.

Their protest has made headlines across India and the world. But what do their counterparts in countless villages across the length and breadth of the country think about the protests?

Down To Earth (DTE) tried to find exactly that. Our correspondents asked farmers in six states ranging from the Hindi heartland to West Bengal, Odisha and Andhra Pradesh about whether they supported the protests.

His counterpart from Bandekheda village in Lucknow district, Narpati Suman, 42, agreed: “Just because the government is in a majority in Parliament does not mean it can force itself. Nine months have passed. Many farmers have died. It is high time the authorities listened.”

Sunil Gaur from Hoshangabad district as well as Sonu Patel from Sehore district, both in Madhya Pradesh, also voiced their approval. “So many farmers protesting for nine months in Delhi cannot be one man’s hubris. If farmers are demanding a written guarantee for minimum support price (MSP), what is the harm in giving that?” Patel said.

Harishankar Mandal, 72, a farmer of Bihar’s Supaul district said it was the misfortune of the state’s farmers that they were not interested in the protest since they did even know about MSP.

Mahendra Yadav, a farmer leader, said Bihar farmers should wholeheartedly join the protest since they stood out to lose the most due to the new laws.

The laws include the Farmers’ Produce Trade and Commerce (Promotion and Facilitation) Act, 2020, the Farmers (Empowerment and Protection) Agreement on Price Assurance and Farm Services Act, 2020 and the Essential Commodities (Amendment) Act, 2020.

Liaqat Ali, a farmer in Keshpur village of Paschim Medinipur in neighbouring West Bengal too supports the protests.

“I want the farmers and farmer leaders who are protesting in Delhi to continue until the central government withdraws the bills. I fear that if the bills are not withdrawn, some corporates will come and exploit us farmers like the British used to force Indian farmers into indigo cultivation,” he said.

Ramen Bag of Memari village in West Bengal’s Burdwan district said he had seen farmers going to Delhi in big tractors, cars and even in carts on the news.

“I believe what they are doing is for the well-being of all the farmers in the country and I wish that the government of the country listens to them and withdraws the bills. Maybe, it will help farmers like us who are the poorest of the poor,” he said.

Ajaya Behera of Sukinda village in the Jajpur district of Odisha told DTE: “I do not understand why the central government is determined to enact anti-farmer laws when large numbers of farmers are fighting tooth and nail against them.”

However, a number of farmers DTE spoke to, were not supportive of the protests.

“People who have been protesting for nine months, leaving aside their farming cannot be farmers. If the bills were really that bad, the mandis or wholesale markets should have closed by now,” Shyam Singh Kushwaha of Bhopal district in Madhya Pradesh, said.

Prem Mohan Jha of Beena Babhangama village in Bihar’s Supaul district was puzzled by the fact that the Delhi protestors had been able to leave their fields for so long and sit in protest. “Who are these people?” he asked DTE’s correspondent.

Debasish Poddar from Sagardighi in West Bengal’s Murshidabad district, said he would not like to comment on the merits of the protest. But, he added, farmers were the backbone of India. The government should stand by them.

“We don’t always want subsidies. The government does not have to pity us. But there is no support system to make us self-reliant. More production units, storage systems have to be developed. I believe farmers’ protests have to be there so that the government listens to our demands.”

B Vasudeva Reddy, 45, a farmer with a 12-acre mango farm, from Abbireddivuru village of the Poothalapattu mandal of Chittoor district in Andhra Pradesh said he was not aware about the laws.

M Janardhan Reddy, from Madithativaripalle village of Nerabilu mandal, also in Chittoor district, said he had seen the protests on the news but did’t know about them.

When DTE’s correspondent explained the laws to him, he said the entry of private players in the mandal’s mango pulp industry had not benefitted farmers.

G Amarnath Reddy, 36, from Sunkesula village in the Simhadripuram mandal of YSR Kadapa district said the situation as of now was bad but it remained to be seen whether the new laws would be useful.

Umesh Chandra Singh, a farmer leader and the vice-president of the Krusak Sabha, Odisha, however said agriculture’s huge importance in the Indian economy would be an understatement.

“Some 54.6 per cent of the total workforce in the country is engaged in agricultural and allied sector activities according to Census 2011. The sector accounts for 16.5 per cent of the country’s Gross Value Added for the year 2019-20 (at current prices) for which the government should not ignore the demands of the farmers,” he said.