Direct cash transfer smooth in Punjab, but is it a hit with farmers 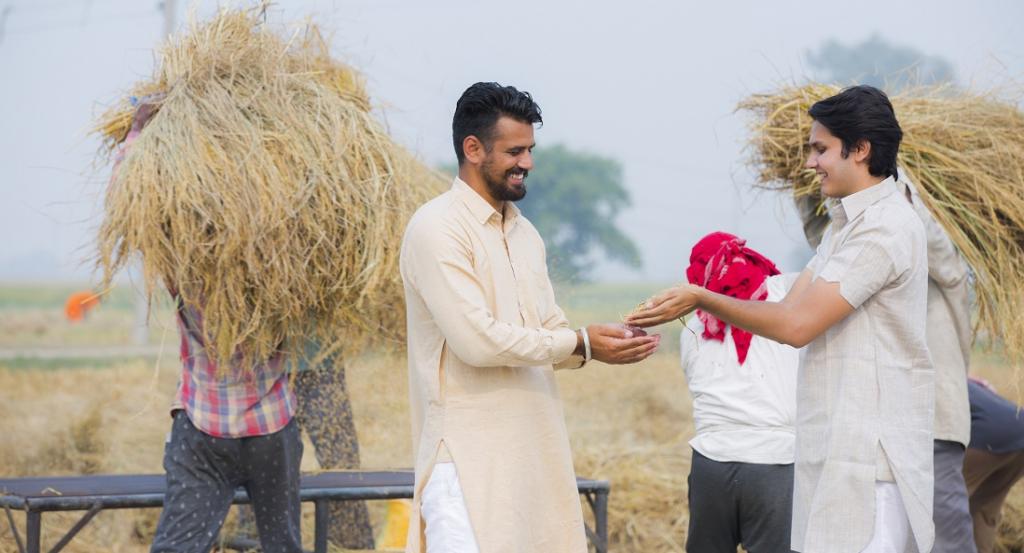 Earlier, commission agents used to be paid money who then distributed it among farmers in Punjab after subtracting their own brokerage. Now, farmers will be directly paid. Photo: istock

Punjab has successfully paid the lion’s share of price due to wheat farmers for their produce via the Direct Benefit Transfer (DBT) route as the Rabi marketing season nears its end. However, farmers are unsure about what it will mean for their equation with the aarthiyas or commission agents, who have been their financial backbones till now.

The state has transferred Rs 21,010 crore as minimum support price (MSP) to farmers till May 10, 2021, state officials said. This means that it was able to pay 83 per cent of the Rs 25,280 crore owed to wheat farmers within one month, starting from April 10, when wheat procurement began in Punjab.

Punjab and Haryana were the only two states in the country which had not shifted to the DBT mode so far. While Haryana finally shifted last year in the Kharif marketing season, Punjab was reluctant this time too and had initially sought more time from the Central government.

Previously, payments to farmers were routed through aarthiyas or commission agents, according to the Punjab Agriculture Produce Market Rules. The money was routed to the aarthiyas’ bank accounts, who then used to pay the farmers.

But this system had also given way to exploitation of farmers through these middlemen. Hence, farmers and farmer unions had been demanding this shift. But now, when it has happened, there are several apprehensions among farmers as aarthiyas are not mere middlemen but assume the role of facilitators in various processes like auction of the produce, loading / unloading, and the most important being giving loans to farmers.

Experts said the shift to DBT was a step long overdue. In part, this was because of the aarthiyas, who according to them, were ‘exploiting’ farmers.

But why aarthiyas? Jasbir Singh, a farmer from Mithu Majra village in Patiala, said the answer lay in the fact that Punjab’s banking institutions had not able to meet the credit needs of farmers in the state.

About 59 per cent farmers had reported that the procedure to get loans from institutional agencies was complicated and time-consuming, according to a 2009 study published in Agricultural Economics Research Review. Farmers found availing non-institutional loans to be easy. It was preferred by 51 per cent of them.

Sukhpal Singh, professor, Centre for Management in Agriculture, Indian Institute of Management (IIM) Ahmedabad, said the gap in institutional credit was what the aarthiyas had exploited for long. They had turned moneylending into a full-time job, using the public procurement system.

They are using the procurement system to lend money. It is an implicit exploitation of farmers. The rate of interest charged by aarthiyas is somewhere around 15-18 per cent. Aarthiyas also overprice the farm inputs that they give on credit. When a farmer is buying on credit, he has no choice but to accept any price.

The rate of interest is 7-8 per cent for the institutional credit system.

Why lending loans should be tied to procurement? It should be irrespective of the public procurement system. There are independent ways of lending to farmers. The need of the hour is for the state government to strengthen the institutional credit systems in place.

This time though, the farmers registered themselves on the state’s Anaj Kharid portal with their bank account and crop details. After the purchase was made in the mandi or wholesale market, the details were verified by the inspectors, following which, money was directly transferred to the farmers’ bank account.

“There is no justification for not shifting to the DBT mode. Farmer unions have been demanding this for long in Punjab. When a seller sells to a buyer, the latter should be in charge of the money. No other party should be involved,” Sukhpal Singh said.

But several questions remnain. For one, the farmers are apprehensive about how the agents will react to the new arrangement. “In this direct transfer, a lot of distrust has creeped in,” Sukhvinder Singh from Shankarpur village in Patiala, told Down To Earth.

Narvinder Singh, a farmer from Gurdaspur, said he was happy with the direct cash transfer. He added the only worry was that his relationship with the aarthiyas had been affected. aarthiyas in Punjab constitute a huge chunk of the informal money lending system.

“We can depend on them whenever we need some money. But now, they won’t give loans to us,” he said.

The concerns are valid. The aarthiyas had gone on a strike against the decision to shift to the DBT mode at the start of the wheat procurement season.

The shift to the DBT mode was a challenging task. We worked for 10-15 days straight to make this possible, to sort out the technical hiccups and allay farmers’ apprehensions. The major challenge was registering farmers and bringing aarthiyas on board.

The strike by the agents initially created hurdles in wheat purchase. But the strike was called off when they were assured by the state government of being paid their commission in advance.

Officials are also at pains to say that this is, in now way, the end of the aarthiyas.

“They register the farmers and certify them and their particulars. There are only around 3,000 government personnel in the mandis including inspectors. How can they manage lakhs of farmers? We need aarthiyas who are associated with various farmers,” Kumar said.

But experts said the government should instead focus on roping in farmer institutions like farmer producer organisations and agricultural cooperative societies in the mandi operations.

“I still have to get Rs 1.5 lakh more. The procurement happened a month ago but only Rs 2.3 lakh has come till now. The government says the amount will reach our bank accounts in 72 hours but I don’t know what’s wrong. I am hoping it will come soon,” Jasbir Singh said.

Kumar said there were initial delays but the process had been streamlined. Payments of all farmers registered with the portal will reach them, he said.

Many such registrations of farmers were done by the aarthiyas. Farmers are thus also apprehensive of some malpractices.

Sukhvinder Singh said: “There are cases where the aarthiyas has taken the payment money instead of farmers to clear his loans as he fears the farmer won’t pay him back the money under the new arrangement.”

All eyes are now on the upcoming Kharif season that could hold the answers to these questions. The department of food and civil supplies will also take up the task of updating the land records of farmers during that season. It was postponed this time around.

There are around 1.3 million wheat and paddy farmers in the government’s database. The government is hopeful that the payment will be smoother and fast-tracked from next season onwards.