Direct-seeded rice: Why this water saving method failed in Punjab this year 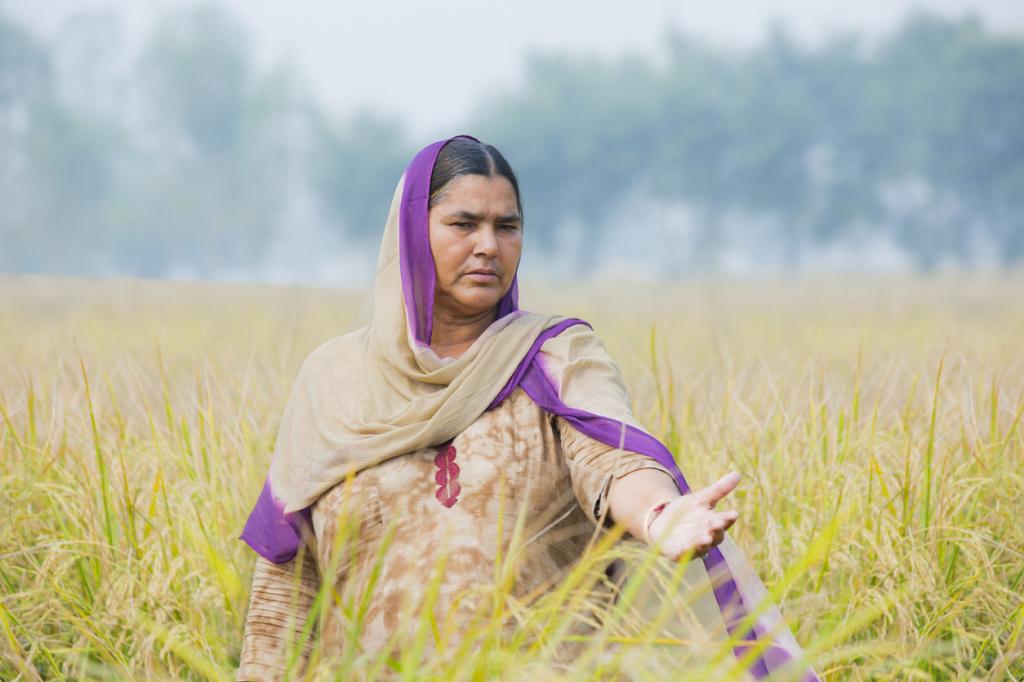 Punjab has been able to bring only 77,000 hectares (ha) under direct-seeded rice (DSR) through June 30 this year, way below the 1.2 million ha (mha) it targetted.

This is also substantially less than last year’s 0.6 mha and 0.5 mha in 2020. High temperatures and deficient rainfall are mainly to blame, said farmers. Other challenges included closed canals, erratic electricity supply for operating tube wells for irrigation and issue of weeds and rats.

DSR, also called the ‘broadcasting seed technique’, is a water-saving method of sowing paddy. Seeds are directly drilled into the fields in this method. This saves groundwater, as opposed to the traditional water-intensive method, under which rice seedlings are transplanted from a nursery to waterlogged fields.

In this process, paddy is sown between May 20 and June 10, earlier than in the transplantation method. The field is then laser-levelled and pre-sowing (rauni) irrigation is done.

But water availability was a challenge due to deficient to no rainfall in many parts of the state during May, farmers told Down To Earth.

Sukhjit Singh, a farmer from Ludhiana district, said the higher-than-usual temperatures have affected the germination of his crops. “Generally, it rains in May. But this time it didn’t.”

The temperature was in the range of  47-48 degrees Celsius on some days, whereas the ideal temperature is 42-43°C during the period, he added.

The deadline for opting DSR, after the state agriculture department extended it for the second time this year, is July 4, 2022. The state government also announced an incentive of Rs 1,500 per acre (Rs 3,750 per ha) to the farmers switching to the technique.

But it hasn’t been a smooth transition.

Some farmers said they didn’t want to risk choosing DSR because their wheat crops had already suffered because of the heat wave.

To add to this, electricity supply on farms was erratic during the same period, making it difficult to draw water from tubewells regularly.

Palwinder Singh from Fatehgarh Sahib district sowed DSR on his 1.2 ha land May 20. He used to electricity for three hours a day and that too, with a gap of one or two days, he said. “Irrigating 1 acre (0.4 ha) is not possible in three hours.”

Electricity supply in Punjab is usually uninterrupted for eight hours from the puddling season (conventional paddy sowing through transplantation) that begins mid-June. Farmers complain that this rule has created problems for those opting for DSR.

DSR is mostly about preparation, said Gurbinder Bajwa, a progressive farmer from Sarchur village in Gurdaspur district. The field is prepared to optimum soil moisture condition called ‘tar-wattar’ and paddy is seeded immediately. “This time it has failed in many fields,” said Bajwa.

The closure of Sirhind Feeder Canal due to a breach also created problems for farmers in the Malwa region.

Harvinder Singh, a farmer of Barnala distict under Malwa region, said he arranged water by borrowing from 14 neighbours before sowing DSR paddy. He said:

I understand that the government thinks if they give regular supply early, farmers might begin puddling earlier than the prescribed time. But it should come up with a strategy for us who want to sow using DSR method and save groundwater.

State’s agriculture department’s officials agreed that DSR has not been successful this time and electricity supply has been an issue and the closure of the canal were the main bottlenecks. “We are taking the suggestions and opinions of farmers on what issues they faced and we will work on them for the next year,” said Gurvinder Singh, director of agriculture, Punjab.

Farmers on whose field DSR failed will now be sowing the same area using the conventional method.

The government has also not been able to tackle the issue of weeds and rodents, which has  been a problem in the DSR method.

Weed management plays a big role in harvesting a successful crop in DSR. This is because the technique doesn’t require flood irrigation for three weeks after sowing, and weeds tend to grow easily, unlike the conventional method.

Some farmers said that the recommended weedicides didn’t work. Satjit Singh, a farmer from Ludhiana district, said weeds were not controlled effectively and he had to spend extra on manual labour to remove weeds.

DSR is supposed to be cost-effective as it is less labour-intensive than the conventional method, Singh said. “But my cost doesn’t seem less this time. The weedicides had to be sprayed two-three times and extra labour was required.”

The extension officers said they will come to investigate the weed problem but nobody has come till now, he added.

Out of his 16 ha land, he has attempted DSR only on 2.4 ha and the rest has been sown under the conventional transplantation method, he shared.

Ramandeep Singh Mann, a farmer activist from Punjab, said while DSR gained traction in 2020 during the lockdown period as availability of labour was an issue, it will require additional effort by the government on ground to succeed every year.