The average annual growth rate in real terms in agriculture as well as its allied sectors has remained static in the last six years, in turn impacting farmers’ income, the Economic Survey 2019-20, released on January 31, 2020, has said.

Chapter 7 of the Economic Survey Report 2020 emphasised the importance of sustainable agricultural practices to support small and marginal farmers, who constitute 87 per cent of India’s peasants.

Farmers should be incentivised to adopt water-efficient practices in order to avert a looming water crisis, the Survey said. It called for shifting the focus in agriculture to ‘irrigation water productivity’ from ‘land productivity’. 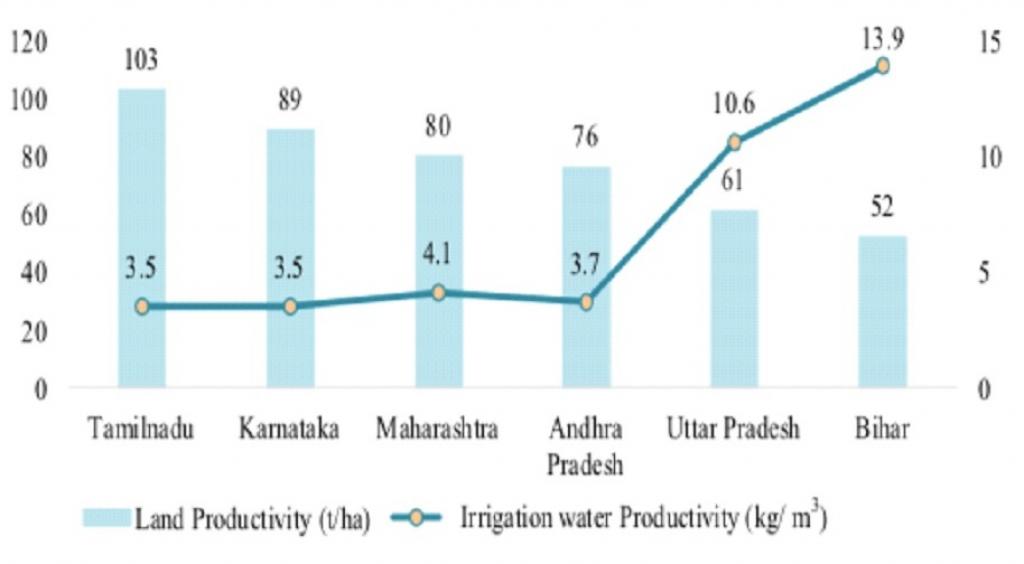 The report cited the instance of sugarcane and paddy cultivation to illustrate its point. It found divergence between land and irrigation water productivity in terms of paddy and sugarcane cultivation in different states.

Peninsular states like Tamil Nadu, Karnataka, Maharashtra and Andhra Pradesh usually have inefficient irrigation water productivity. In other words, sugarcane and paddy productivity in these states was not commensurate with the amount of water being utilised.

On the other hand, productivity for the two crops was high in northern states like Uttar Pradesh and Bihar, due to increase in irrigation and water use efficiency. There was a need to re-calibrate the cropping pattern, the Survey said.

Almost 89 per cent of groundwater in India is extracted for irrigation, according to the Asian Water Development Outlook, 2016. There are major concerns about whether the present practice of groundwater use can be sustained as groundwater levels continue to drop.

The Survey also pointed at the increase in soil fatigue due to improper or overuse of chemical fertilisers. This is best represented by the fertiliser response ratio that has shown a declining trend.

Fertiliser response ratio is an indicator of responsiveness of soil fertility to fertiliser application. In the 1970s, the response ratio was high. However, it declined to 4.1 in 2000. 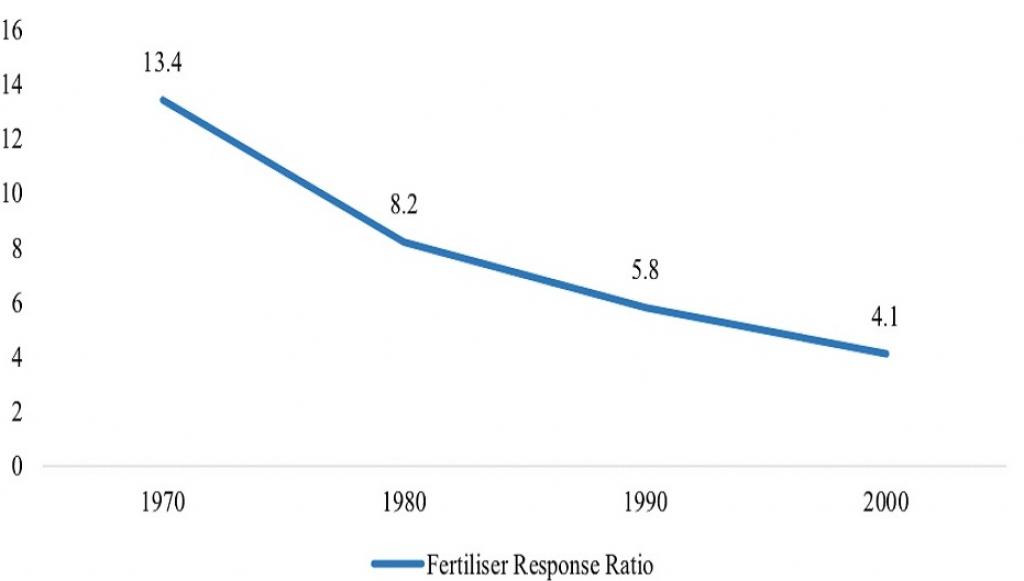 The report also points out that increasing fertiliser use efficiency requires farmers’ knowledge regarding the right product, dosage, time and method of application. It suggests ways like fertiliser doses based on soil health status, promotion of neem-coated urea, micronutrients, organic fertilisers, and water-soluble fertilisers.