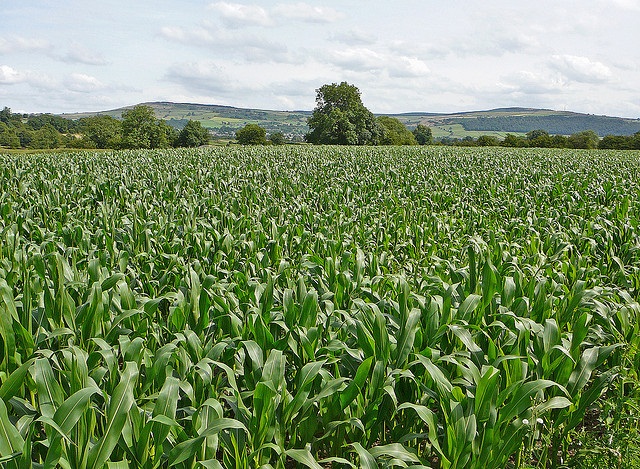 Central American nations are facing a prolonged dry spell associated with El Niño, and this has been reflected in this year’s reduced crop output, especially maize and beans.

The situation is bad in “dry corridor” (Corredor Seco), a semi-arid stretch from the Pacific watershed to the foothills of Guatemala, El Salvador, Honduras, Nicaragua and parts of Costa Rica. This region, which covers nearly one-third of the Central American territory, is characterised by recurrent droughts.

This is the second consecutive year when the sub-region’s main seasonal harvest has been negatively affected by severe dry weather.

This year’s El Niño is supposed to be the strongest ever compared to past occurrences. A major driver of climate change, El Niño causes extreme weather events such as droughts and floods worldwide.

Africa has also witnessed a drastic fall in maize production this year due to drought possibly linked to El Niño. The situation is bad in the southern African region where the food security situation is precarious.

With the region reeling under a severe dry patch, a large number of farmers are in need of assistance to tide over the crisis.

The Central American Agricultural Council has declared a state of alert with hundreds of thousands of subsistence farmers suffering partial or total crop loss. The main grain season in the region runs from May to September.

According to estimates, there is as much as 60 per cent decline in maize output and 80 per cent reduction in beans’ production.

As a response to the impending crisis, the governments of El Salvador, Guatemala, Honduras and Nicaragua have started distributing aid packages, which include seeds, fertilizers and irrigation pumps, to farmers.

The second planting season (August-November) is now going on under dry conditions, when mostly beans are planted. However, the reduced output of beans in the first season has very likely reduced the availability of seeds for planting.

Some countries have also started distributing direct food aid to families. “This year’s El Niño’s impacts are even more intense than last’s. After two years of intensifying dry weather, food availability in the dry corridor of Central America is already compromised as last year’s stocks are already depleted and the main season crop was again severely reduced by the drought. If farmers do not receive sufficient rains during the second season, the situation will become more critical,” Felix Baquedano, an economist in FAO’s Global Information and Early Warning System unit covering Latin America, told Down To Earth via email.

At an estimated three million tonnes across the sub-region, this year’s maize harvest is expected to be far below the average and some 8 per cent below last year’s harvest.

Production is expected to decline in El Salvador and Honduras, where 60 per cent of maize has been destroyed by irregular rainfall earlier this year. In Honduras, 80 per cent of beans have also perished.

In El Salvador alone, losses are estimated at $28 million. Official estimates point to more than 102,000 farmers losing their production of maize and beans in the country.

The government of El Salvador has begun distributing both maize and bean seeds to affected farmers to mitigate the effect of the current seed shortage.

In Guatemala, around 80 per cent of crops are estimated to have been lost, including 55,000 tonnes of maize and 11,500 tonnes of beans, according to a FAO report.

Currently, the World Food Programme (United Nations’ food wing), in association with the Guatemala ministries of agriculture, livestock and food and of food and nutrition security, is providing food assistance to 110,000 families.

In Nicaragua, early estimates show that 50 per cent of the total planted area has been damaged due to dry weather. An additional 85,000 tonnes of imports would be required in 2015-16 over last year’s high level to maintain the national average per capita consumption level. The government has started food distribution to 27,000 households in the affected areas as well as the delivery of 23,000 technology packages.

To tide over the food crisis, countries have increased imports of staple foodgrains from Latin America. In El Salvador, Honduras and Nicaragua, maize prices have remained significantly above last year’s level.

In Guatemala, FAO is supporting the government in building early warning systems and developing management plans. It is also trying to make seeds and training available to the affected farmers.

FAO is mobilising resources to provide direct assistance to production such as the provision of improved seeds and training to farmers in better agricultural practices under drought conditions. It is also providing support to food and nutrition monitoring systems in the region, as well as long-term responses to increase the region’s resilience against the effects of climate change, and in particular drought, Baquedano added.

However, with an over 90 per cent probability that El Niño conditions will continue into early 2016, there is a strong likelihood that the output of the second season will also be impacted by severe dry weather. The situation needs to be closely monitored in the coming months.

“The effects of the drought are indeed more pronounced because the farmers affected don’t have widespread access to instruments and services that could help them mitigate these effects, such as crop insurance,” Baquedano said.

According to the expert, the lack of diversified agricultural systems and incomes also increase the impact of crop losses. “Farmers depend mainly on their maize and bean crops to generate income and provide sustenance. While outmigration is common in the off-season, off-farm employment tends to flow to other agricultural sectors, such as coffee,” Baquedano added.

A sharp drop in production has a multiplier effect by reducing incomes, food availability and seeds, as farmers put aside part of their production to use as seeds during the second season or for the following year.