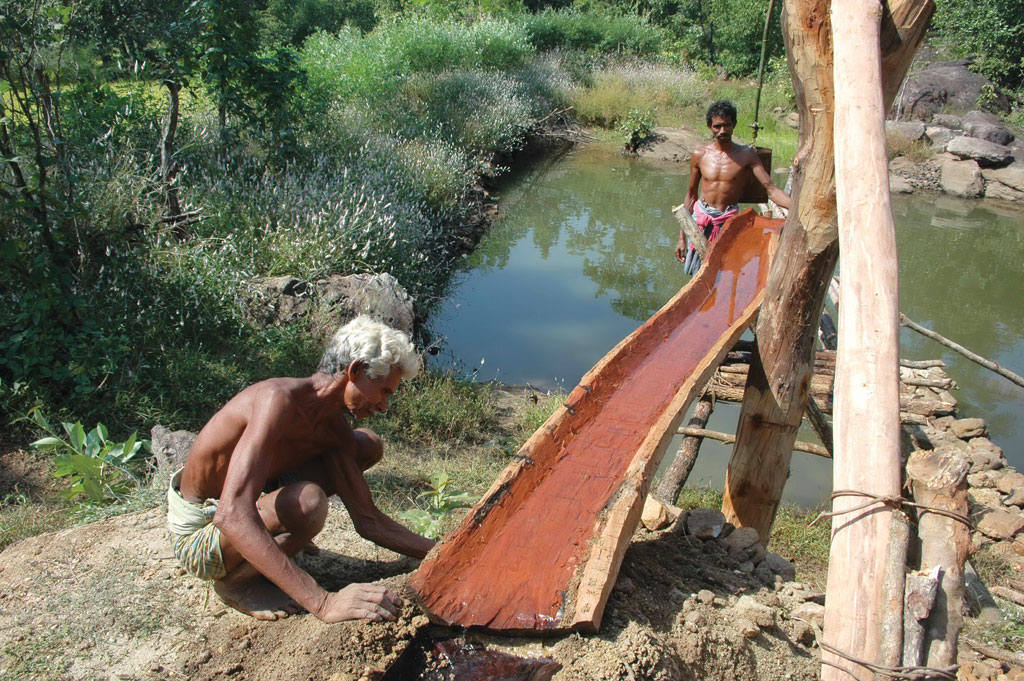 On February 24, the Odisha government cleared the hurdles to acquire irrigated land for industrial purposes by announcing the Guidelines for Compensatory Irrigation. The guidelines say industries can acquire irrigated or to-be-irrigated land by paying the cost of setting up irrigation facilities in an area double the land it acquires. While the state government believes the guidelines will push responsible development in the state, environmentalists, farmers and citizen groups think otherwise.

The guidelines, which were released by the state water resource department, say, “Sometimes it may not be possible for an industry to avoid irrigation command area completely and sometimes, in order to get a continuous patch for setting up of industries, some irrigated command areas may be required by some industries.” It adds that “compensatory irrigation will be created preferably in the same project area where the ayacut (an area served by an irrigation project such as a canal, dam or a tank) is lost by way of extension of a canal system if possible or through pumped irrigation system”. The guidelines add that the rehabilitation can also happen in the same district, or even in the neighbouring districts. The Odisha Lift Irrigation Corporation (OLIC) is responsible for setting up the rehabilitation irrigation projects that will be funded by the industries that acquire irrigated land.

While industries will be allowed to use irrigated land only in “unavoidable circumstances”, experts fear the guidelines will open the floodgates of proposals to acquire irrigated land—especially at a time when the impact of drought is worsening due to the absence of assured irrigation facilities.

Their fears are not unfounded. Between 2009 and 2012, the state government had decided to give irrigated land under the command area of the Rengali dam to three companies on the same conditions stated in the current guidelines. While work has started in all the three projects, the rehabilitation process has not started. In the first project, GMR Energy Limited was awarded 460 ha of land in Dhenkanal district in 2009. The company deposited Rs 3.02 crore with OLIC for creating irrigation potential. While the GMR project has started, the promised compensatory work never took off. Finally, OLIC decided to return the money because the rehabilitation project is not feasible. Similarly, LANCO group submitted Rs 3.51 crore for 500 ha of land in the dam area in 2009. The project has started without any rehabilitation plan. The third project was awarded in 2012 to Pune-based RSB Transmission Limited. The company acquired 31 ha land from farmers in Mania, Shyamsundarpur and Naranpur villages in Cuttack district. Even though the group has started operations, the compensatory irrigation plans never took off.

Farmers’ organisations say the move highlights the state government’s misplaced priorities. “At a time when the area of agricultural land is fast shrinking due to urbanisation, the priority should be to protect agricultural land from being diverted for other purposes. Instead, the government is giving away irrigated land to industries,” says Saroj Mohanty, convenor of Paschim Odisha Krushak Sangathan Samanwaya Committee. They allege the move will dilute the importance of the state agriculture department in matters of land acquisition, which will make farmers more vulnerable. A 2014 report of the Comptroller and Auditor General of India says the process of allocating 12,047 ha of private land to 91 industries in Odisha started without consulting district agriculture officers, a mandatory step for land acquisition in the state.

Groups that are opposing the scheme say the guidelines are similar to the rules set under the poorly implemented Com pensatory Afforestation Fund Management and Planning Authority (CAMPA), a national scheme meant to promote afforestation as a way of compensating for forest land diverted to non-forest uses. “The methods adopted for diversion of irrigated land for industrial purpose and its compensation have strange similarities with CAMPA,” says Biswajit Mohanty, an environmentalist from Odisha. Under CAMPA, the state created forests which were generally mono-culture. Many of these new forest areas were created far away from the main forest so their continuity was not maintained. “I apprehend the compensatory irrigation might face a similar fate,” he adds.

Mohanty says the reason CAMPA is faring poorly is because the bureaucracy “does not know how to spend the money”. The officers who are responsible for CAMPA are not prepared for the job, which leads to frequent misapplication and misutilisation of funds. “Similar doubts have been raised over OLIC’s capability in creating a robust alternative irrigation system,” he adds.

OLIC data suggests that the organisation has developed around 46 per cent of all irrigation projects started in the state since 2010. The statistics, however, do not reflect the problems with the projects. OLIC has so far handed over 24,843 lift irrigation projects (LIPs) to Pani Panchayats, a body of village farmers who maintain irrigation projects in the area. Of these, more than 5,000 are defunct and 1,800 cannot be repaired. Of the remaining 18,000 LIPs, most have outstanding electricity dues and are facing management issues.

R S Gopalan, managing director, OLIC, says the comparison between the guidelines and CAMPA are unfounded. “CAMPA fund is for afforestation and it has no time frame for spending. Under compensatory irrigation, one has to submit a proposal immediately and subsequently funds will flow. Fund allocation is made against specific projects,” he says. Gopalan, however, admits management issues are affecting several lift irrigation projects. He blames lack of funds for poor maintenance of LIPs.

Ranjan Panda, convenor of Water Initiative of Odisha, a forum for advocating water rights, sees a larger conspiracy in legalising acquisition of irrigated land for industrial purposes. “Many irrigation projects have now become targets of industries and already lands have deliberately been given in the command areas. With this notification, most of the command areas of all dam projects will be under threat,” he says. Panda adds that the move ensures water security for industries, while robbing farmers of their right over irrigation.