Emphasising that dehydration leads to productivity declines, a report urges workers and employers to drink several litres of water throughout the day 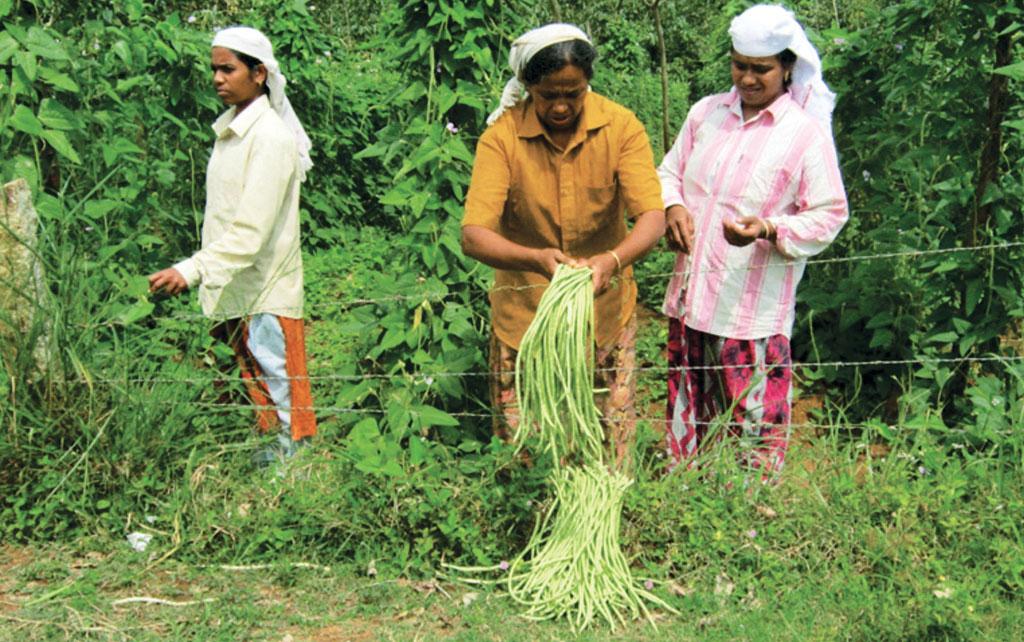 A Food and Agriculture Organization (FAO) report argues for improved labour safety in agriculture, where workers are engaged in back-breaking jobs for long hours in the sun. The study, Managing Heat in Agricultural Work, aims at reducing health complications and fatalities for an estimated 31.8 per cent of the world’s working population in agriculture.

The report points out the need to provide decent employment and suitable workplace conditions to workers, an important goal that also finds mention in the Sustainable Development Goals.

More than three-quarters of the world’s poor live in rural areas, and depend on agriculture, including fisheries and forestry, for livelihood. The work they do is often difficult and dangerous. Heat is a risk factor not only in agricultural work. Cooperation with other outdoor sectors, like for instance the construction sector, would also be beneficial,” says FAO forestry officer Jonas Cedergren.

A large number of employees working in farms and forests in Southeast Asia, sub-Saharan Africa and the Pacific face serious health risks as they expose themselves to hot weather conditions throughout the year. Employment in the agriculture sector is particularly high in Southeast Asia and the Pacific (40 per cent of the total working population) and sub-Saharan Africa (61 per cent). These regions have tropical or arid climates characterised by year-round high temperatures. It is a well-known fact that climate change will intensify heat stress in many developing countries. Apart from long hours in the heat, agriculture workers are also exposed to toxic pesticides and fertilisers and potentially dangerous machinery, thus making their work even harder.

The report cites the case study of 61 Colombian sugarcane cutters, who worked from 6:30 hours till noon, with only short breaks for drinks, and after lunch, from 13:00 hours to 15:30 or 16:00 hours. In India, rice is cultivated on 44 million hectares of land and the work is performed mainly manually from March to June, the hottest period of the year. A field study conducted in West Bengal of male workers manually harvesting rice showed that work started at 05:00–05:30 hours and continued until  12:00–12:30 hours. The work included a lunch break of cooked rice, onion and sour curd, which is insufficient nutritionally, said the study. Access to clean drinking water was also limited, the most important thing to keep the body dehydrated. At many worksites, the only source of fluids available to workers was surface water, which was of poor quality.

The report urges policy makers and those in managerial positions for coming up with a strong work framework where injuries, accidents and deaths are reported in a timely manner.

Interestingly, the FAO report says that though most workers are aware of how to protect themselves from heat stress, many, especially those new to jobs, often do not take adequate safety measures or perform such tasks occasionally.

Heat stress occurs when the body is unable to dissipate body heat sufficiently and this becomes challenging when the air temperature is above that of the skin, or around 33.7 degrees Celsius. At that point, perspiration becomes a crucial tool. Women and children are at greater risk as their sweat glands tend to be less effective.

Emphasising that dehydration leads to productivity decline, the FAO reports urges workers and employers to drink several litres of water throughout the day. "You need to drink regularly, even though you may not be thirsty. Two litres per day is required in moderate heat. Also, ensure that there is a shaded place where drinks are provided. In intense heat, try to do as much work as possible during cooler hours," Cedergren explains.  The report says that representative groups should be formed at workplaces comprising employees, safety managers and work leaders to document working conditions, assess the risk of heat stress and develop measures to minimise such risks. Also, potable fluids should be provided at workplaces and employees should be educated on the need to drink frequently. A review of case studies from sugarcane workers in Latin America and forestry workers in South Africa found that a near majority of workers start their shifts in an already dehydrated condition due to the lack of shade and other facilities.

Underlining that “coping mechanisms cannot be fully decentralised to employees,” the report urges that though workers must take safety initiatives on their own, managers must assure that they are encouraged to do so.

"Employers and/or extension staff need to be made aware of the problem. It is a good idea for employers and employees to do workplace assessments for heat hazards, and indeed other risks, together. Information material like simple posters with essential information can be distributed in workplaces," Cedergren adds.