All-India road blockades on Nov 5 to be followed by state-level protests, march to Delhi 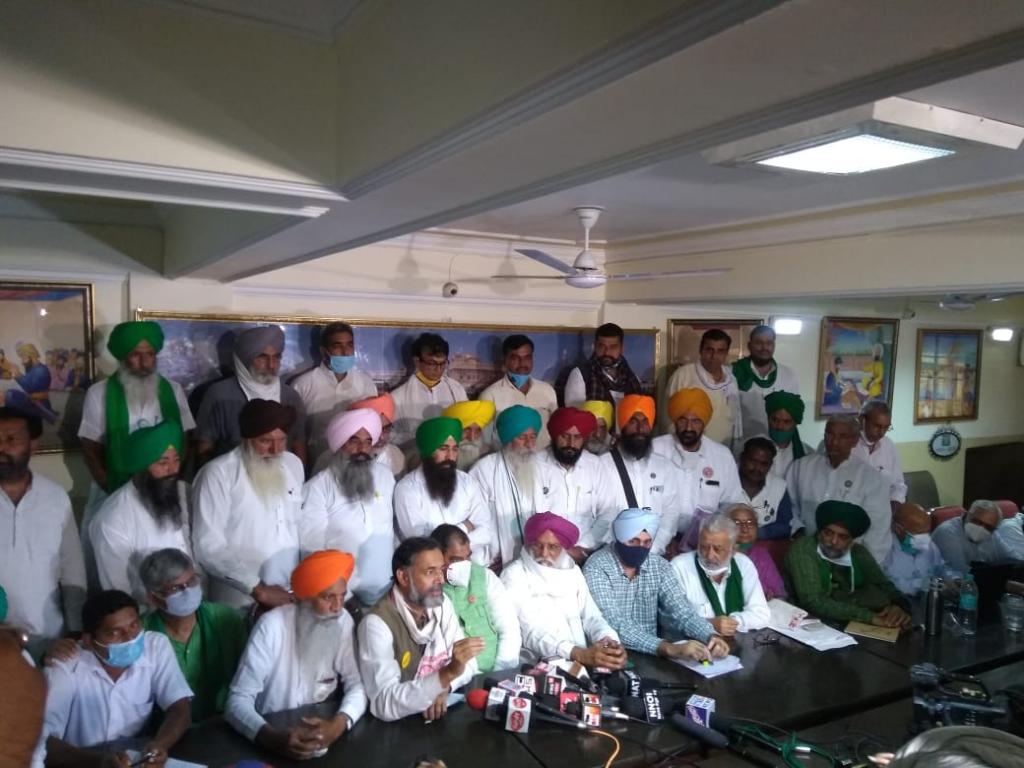 Several farmer organisations came together October 27, 2020 to prevent the dissipation of the momentum against the three newly passed agriculture-related Acts.

The measures decided upon in the meeting between All-India Kisan Sangharsh Coordination Committee (AIKSCC) and leaders of farmer unions of Punjab, Haryana, Maharashtra and other states included a countrywide road blockade November 5.

The activists said they would then organise regional protests in various states to mobilise the masses and try to build movements seeking the withdrawal of the three new laws and the Electricity Bill 2020.

aim at liberalising the farm sector and “provide freedom” to farmers and traders to trade at a venue of their choice, outside established structures regulated by Agricultural produce market committee.

One of the major apprehensions of farmers is that the laws will gradually government would withdraw its support and this in turn will hurt the minimum support price (MSP) regime that the APMC mandis guarantee.

Farmer groups have been demanding to give MSP a legal status within these laws.

“A ‘Delhi Chalo’ protest shall be held on November 26-27, 2020. All over India farmers will protest before govt offices including central govt offices and offices of BJP leaders and their allies as well corporates,” said a statement by AIKSCC.

The Centre had on Sunday suspended movement of goods trains to Punjab. On Monday, the Centre extended the suspension by four more days.

“This is blackmail of the people and famers of Punjab and is most unbecoming of a democratic government,” said the statement.

On October 14, farmers’ union representatives had staged a walkout from the first formal meeting between them and the government on the laws with Union agriculture secretary Sanjay Agarwal in Delhi, questioning the absence of Union agriculture minister Narendra Singh Tomar from the meeting.