A report on state of world’s fisheries and aquaculture finds capture production stagnating, but no improvement in marine diversity 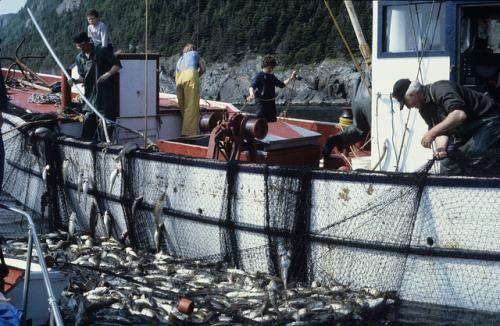 The consumption of fish has increased to its highest recorded level, 20 kilograms per person per year driven by growth of the fish farming sector.

A recently released report on the state of world’s fisheries and aquaculture by UN’s Food and Agriculture Organization says that the increase in human fish consumption has outpaced population growth rate, projecting an upward graph.

However, the state of marine life has not improved in spite of the stagnation in capture production. Almost one-third of commercial fish stocks are now fished at biologically unsustainable levels, triple the level of 1974, the report says.

The global total capture production in 2014 was 93.4 million tonnes, of which 81.5 million tonnes came from marine waters and the rest from inland waters. In 2014, 13 out of the 25 major fishing countries increased their catches by more than 100,000 tonnes compared to the previous year. The most significant increments were in China, Indonesia, Myanmar, Norway, Chile and Peru.

The report also projected that world’s demand and consumption of fish is set to increase, however at a diminishing rate. Most of this demand will be from developing countries, the report added. World capture production is projected to increase only slightly if overfished stocks are well managed, while expanding world aquaculture production is projected to fill the supply–demand gap, albeit growing more slowly than in the past, as per the report.

FAO’s annual report also suggested that ensuring the sustainability of capture fisheries and aquaculture is crucial as these sectors can contribute to the fight against hunger and poverty and to economic and social development.