It took two seasons, but farmers have taken to Coffee Board of India’s blockchain-based portal 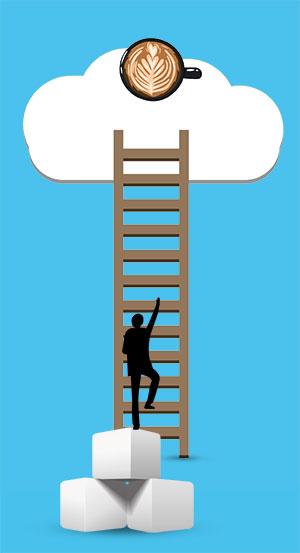 When the Coffee Board of India (CBoI) launched a blockchain-based electronic-market platform for farmers on March 28 this year, the response was dull. Only 23 registered, and just 100 tonnes of India’s 0.32 million tonnes of coffee produced in 2018-19 was sold via the platform.

The lukewarm response was probably because the coffee season, which starts from November and lasts till March, was about to end. However, fortune has changed with the season. By October-end, about 30,000 farmers have registered on the e-market platform.

“There is a huge global market for Indian coffee. We are pushing farmers to join the platform so that they get better rates for their produce. Blockchain technology will help in this,” says YB Venkat Reddy, technology officer at CBoI.

This is the first time a government agency is using blockchain technology in the country. Bengaluru-based Eka Software Solutions has developed the web portal and the mobile app (both accessible on the company’s website ekaplus.com) for CBoI.

Farmers, exporters, curers, roasters and international buyers can register on it, and trade. The registration is complete only after a CBoI official verifies the details of the participants. Once this information is recorded, it cannot be fudged because of the very nature of the blockchain technology.

Data of any interaction on a blockchain-based platform is converted into blocks and added to the blockchain with an encrypted code known as a hash. If the block has to be manipulated then the hash of every subsequent block needs to be manipulated. As the number of blocks keeps increasing, the manipulation becomes more difficult. For example, the Bitcoin blockchain currently has close to 0.6 million blocks.

Moreover, manipulating the hashes of all these blocks requires enormous computation power which would, in turn, mean spending a lot of resources and money. This makes fudging data practically impossible.

If the buyers are assured of the quality of the coffee, which is often decided on the basis of the region it comes from, they are likely to offer better price. Considering that 70 per cent of India’s coffee is exported and 40 per cent of the export is of the six coffee varieties that have a Geographical Indicator tag, the initiative gains all the more importance.

India’s coffee production too has declined by 10 per cent between 2016 and 2018, according to CBoI data, and it is crucial that farmers get a better price for their produce.

The other major advantage of the technology is that it removes the need for intermediaries. Farmers have traditionally sold coffee through agents. Since most farmers do not have storage facilities, they give coffee to agents, sometimes even without receiving payment. Agents contact buyers, draw the sale-purchase contracts and then pay the farmers, after taking a 5-10 per cent cut. Often agents hire other agents for different services, all of whom get a share in the coffee-trade pie.

“Farmers get less than 5 per cent of the money for every cup of coffee sold,” says Reddy. These layers of agents can be removed through the use of this technology because not only does it connect farmers and buyers, it also provides for drawing the sale-purchase contract. This has become possible through the use of Ethereum, a blockchain-based software that has “smart contract” functionality.

A smart contract is a self-enforcing piece of software that enables parties on a network to make an agreement without the need for a legal contract. “The contract captures counter party information, quality and quantity. The current smart contract has been made future-ready to also include digital certificates and payment gateways in the next phase,” Nijhawan says.

CBoI is also training its staff to certify the quality of coffee coming from the farmers to provide certificates which can be uploaded onto the platform. This will induce faith in the buyers, lead to a greater number of transactions and help in scaling up. CBoI will also involve international coffee curers, whose certificates will have more value, says Reddy. Officials are also going door-to-door to explain the platform to farmers and to get them to register.

However, blockchain is not without shortfalls. The biggest concern is the use of cryptocurrenies, which too are based on blockchain technolgy but are illegal in India. For this reason, CBoI is not using blockchain for financial transactions, says Reddy. The other issue is building trust among farmers. Though the response this season has been good, there are 0.35 million coffee growers in the country, who have been selling through agents for decades and need to be won over for the initiative to succeed.

“It would help if the government can insure the trade,” says Mohan Kumar, who has a 60-hectare coffee estate in Haskavalli village of Karnataka’s Hassan district. “There have been instances of coffee curers storing coffee on behalf of farmers, then selling it and not giving any money to the farmers. If there is insurance, we could feel comfortable going online,” says Kumar. “The prices too fluctuate, sometimes by as much as R50 per kg, which could hit either the buyer or the farmer. In such scenarios too some sort of guarantee would help,” he says.

This was first published in Down To Earth print edition (dated 1-15 November, 2019)