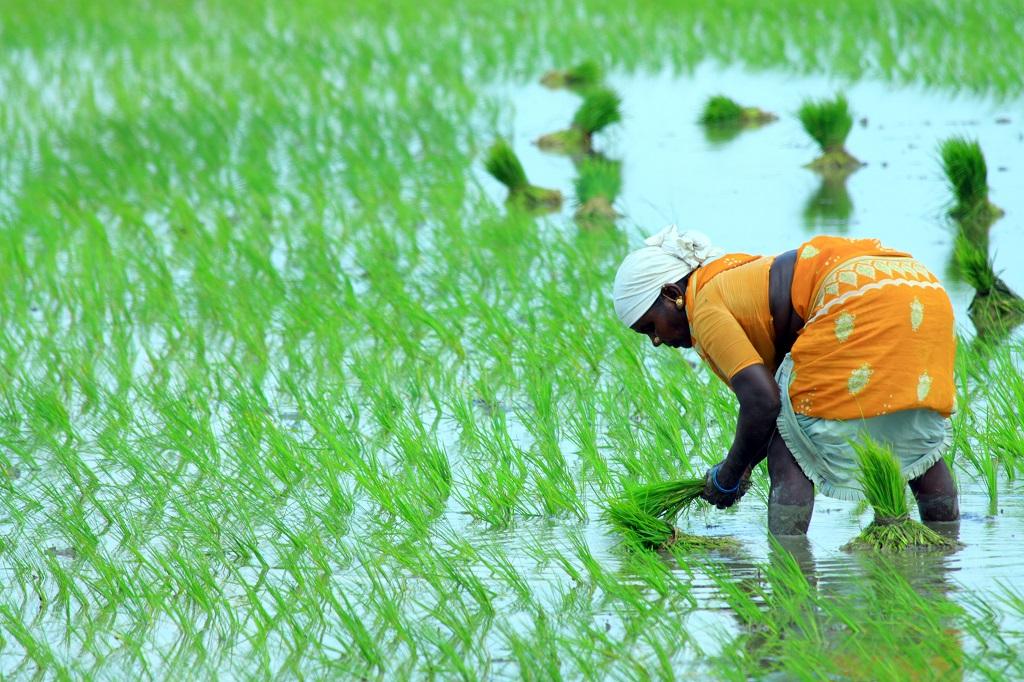 Scientists from China have now developed high resolution maps with crucial information, by using cloud-free Synthetic Aperture Radar images from Sentinel-1 satellite, the Random Forest classifier, and the Google Earth Engine cloud computing platform. The Sentinel-1 satellite was launched by European Space Agency and its data is available for free.

“We mapped ricegrowing areas accurately in India and Bangladesh using microwave satellite images. The knowledge of spatial extent and rice cropping intensity is an asset to the government and other agencies for efficient land and water resources management along with environment sustainable growth to ensure food security for all the people in the world,” said Mrinal Singha of Chinese Academy of Sciences in Beijing.

The study area was divided into several levels like paddy rice, natural vegetation, water, built-up land, and others. Then random points were generated in each level and further categorised as circle buffers in the maps.

The researchers used backscatter signals from Synthetic Aperture Radar of Sentinel-1 as an indicator for tracking rice paddy growth. These backscatter values change with varying conditions of the three paddy rice stages — transplanting, vegetative and after-harvest. These stages provided distinct backscatter values that were utilised for remote sensing analysis.

“To meet the growing global as well as local demand for rice, production needs to be monitored and increased.  These high resolution rice maps would be very useful for assessment of rice paddy cultivation under clouded environment particularly in Northeast India where paddy cultivation usually starts in rainy season,” commented Upendra Kumar, Scientist (Microbiology), National Institute of Rice Research, Cuttack, while speaking to India Science Wire. He was not associated with the study.

Rice paddy maps were evaluated against independent validation samples, and compared with existing products from the International Rice Research Institute and the analysis of Moderate Resolution Imaging Spectroradiometer (MODIS) data.

The maps were then validated using ground samples from multiple sources including field survey data and field photographs, visual interpretation with very high resolution images and of Sentinel-2 visual images.

It was found that the Synthetic Aperture Radar-based mapping had three benefits — reduction of data acquiring and pre-processing time, significant decrease in computational time, and the method could be quickly extended to larger regions.

It is proposed to extend the dataset to cover more countries in tropical Asia involving more detailed information. New versions would be periodically updated and uploaded to the repository upon the availability of new datasets.

Threat to paddy rice cultivation is increasing these days. The reasons are changing patterns of rainfall, global temperature rise along with rapid urbanisation and industrialisation. In this context, high resolution rice paddy maps could be useful to researchers and findings beneficial to rice farmers.

These maps can also be used to study regional food security, freshwater use, climate change, and transmission of avian influenza virus.

“In future, the maps produced in our study will help to assess or identify the flood-prone region particularly in the Brahmaputra basin areas to prevent production loss and minimize damage,” said Jinwei Dong, another member of the research team.

The research finding has been published in the journal Scientific Data.