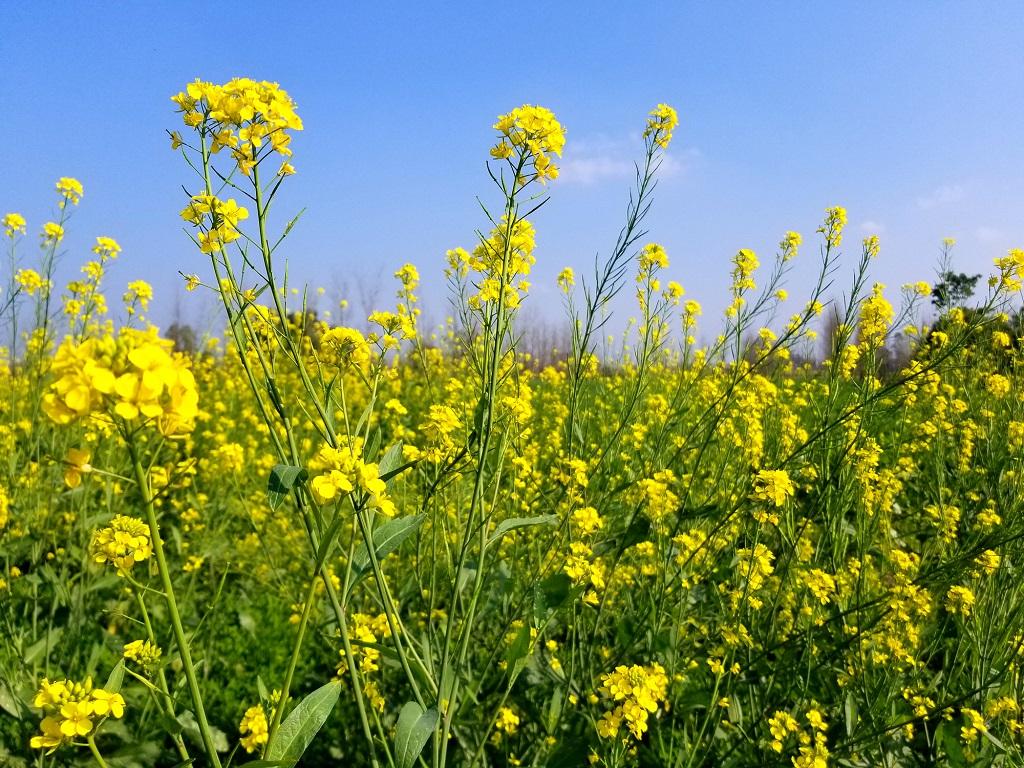 The persistent pests of mustard plants in the Gangetic plain come raiding all the way from the Himalayas, a new study has revealed.

Researchers from the Kolkata-based Bose Institute have retraced the aerial path these marauders of mustard take and have found the exact route of their travel from the upper Himalayas down to the plains of the Ganges where they attack the popular commercial crop of the region.

Aphids are well known pests of mustard plants around the world.  In India, they are known to cause huge losses to mustard.  The chief tormentor of mustards is a species known as Lipaphys erisimi.

There is no mustard variety that can withstand its attack. The crop losses due to this pest alone range from 39 per cent to 91 per cent crop, according to scientists. Starting December when first seeds are sown, the pest can be seen affecting mustard through the season till the end of March.

The research team looked at how this pest comes to spread in such a vast region. What surprises scientists is that Aphids are not generally winged insects.

Their winged formsdo not fly long distances like the crickets or grasshoppers. Adult winged aphids can fly at the most 5 metres.They need a vehicle to move from place to place.

Yet the pestilence of Lipaphys erisimi shows that somehow the insect migrates very long distances.  The pest which appears as a patch somewhere in the Himalayas where mustard is sown first during the season, rapidly spreads down the valley and across the entire plain.

Using elegant analysis of wind patterns, infection patterns on the ground and the satellite imagery of the entire region during winter, researchers have now deciphered how the pest travels across to the Gangetic plain. It appears aphids sort of ‘hip hop‘ across the plains.

The team first traced the path of winds blowing at around 100 metres above the ground for the past and also at 1000 metres above the ground from the place of infection during the previous day.  The places where the infection spreads and its timing were also recorded.  Aphids present in the wind were collected and counted. The flow pattern was then matched with infection in the path of the wind.  All these were then compared with the satellite imagery of the crop cultivation patterns.

“The backward air-mass trajectory indicates that the source region of aphid population is Mohanpur in West Bengal, where the aphid infection is usually observed in the first week of January,” researchers said.

From there on, they traced the wind backwards and found that Allahabad, a place upwind of Mohanpur had reported an infection with Aphids.  Continuing to trace upwind similarly it was found that the Allahabad infection could have started from Aphids coming from Meerut which is further to the west.

Further analysis showed that the insects start from the Western Himalayas, and move downwards.  The proof for this is that Aphid infection does not occur everywhere simultaneously, but is seen at different times.

Samir Ranjan Sikdar, who led the research team, terms this as “hop and fly” pattern. The aphids ride on the winds and settle at some place in the wind path where they cause infestation.  Then again they get airborne to move along with the wind to another place.   This ‘hop and fly” mechanism ensures that insects move all over the Gangetic plain. As the winter progresses, the westerly wind patterns also reaches out to eastern plains.

Why does this happen?  “Temperature works as a rate limiting factor in the whole migration process of aphids,” surmises Sikdar.  “Lower temperature drives the aphid to migrate from the freezing part of western Himalaya to the upper portion of Indo Gangetic Plains during November. And the spreading wind patterns help it to escape the cold.”