Lack of government interest in tribal cuisine, amarbel infestation, low productivity of niger seeds and increasing paddy cultivation are some of these factors 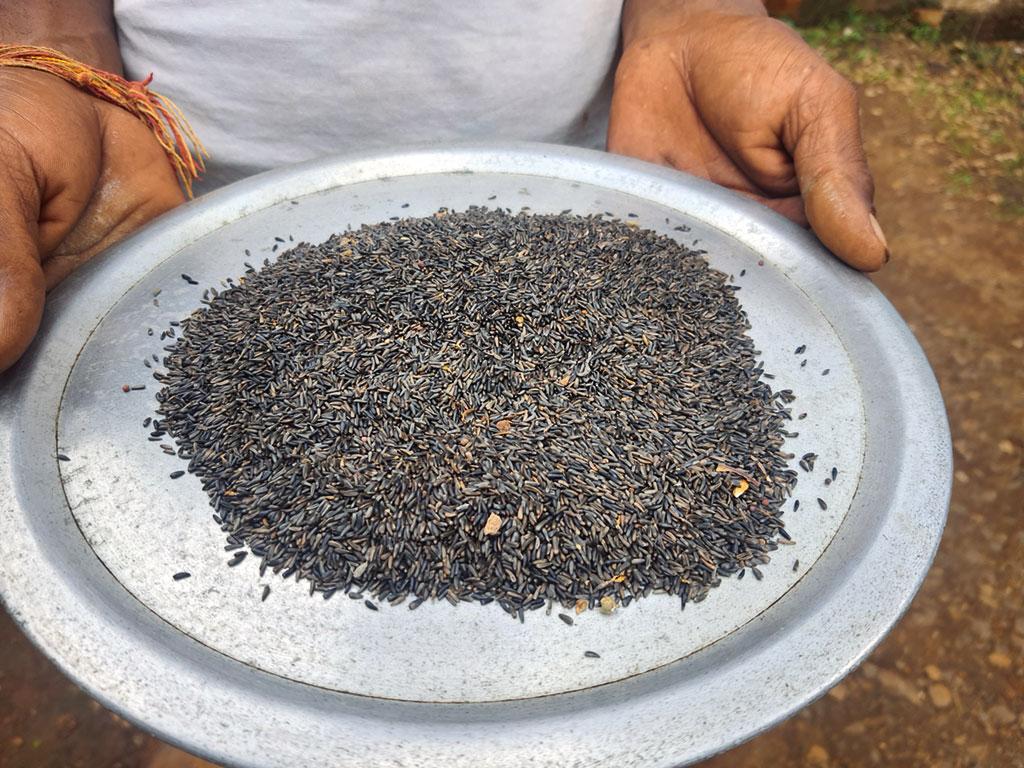 One of the 14 kharif crops for which the Centre releases a minimum support price (MSP) every year is an unlikely plant called niger or ramtil (Guizotia abyssinica). This lesser known oilseed commands one of the highest MSPs, fixed on the basis of the cost of production and market demand.

Yet, the area under its cultivation has been steadily shrinking over the past three decades. In 1985-86, niger was cultivated on around 0.6 million hectares (ha), according to a 2013 report by the All India Coordinated Research Project on Sesame and Niger (AICRP), Jabalpur.

In 2020-21, the cultivated area shrunk by 80 per cent to a little over 0.1 million ha, the lowest among the 14 kharif crops with MSP. Paddy, the most widely grown kharif crop, is cultivated on almost 40 million ha.

The primary reason such a sparsely grown crop is part of the exclusive MSP list is because niger seed has traditionally “been the lifeline of tribal agriculture and economy in several states across India,” the 2013 AICRP report stated.

The tribal population uses niger seed oil for cooking, the press cake post oil-extraction as livestock feed, and also consume the seeds as a condiment. Niger seed oil has medicinal properties, which is the reason for its commercial demand by the cosmetics, perfumeries and other allied industries.

Besides, the crop can grow on denuded soil and its cultivation method is fairly basic: After the first rain when the soil is moist, farmers need to plough the field and sprinkle the seeds.

The crop neither requires much water nor fertilisers and pesticides. Why then are the tribal communities increasingly avoiding the oilseed despite such advantages and government support?

“Niger seed has been an integral part of our lives for generations. But in the past few decades, almost all the 62 families in the village have either reduced the area under the crop or stopped growing it,” Yagesh Ureti, a resident of Khamiria village, located on the Satpura hill ranges in Madhya Pradesh, said.

He is also the husband of the Khamiria village sarpanch. Most families in the village belong to the Gond tribal community who would traditionally grow niger on the top of the plateau, where water does not stagnate. 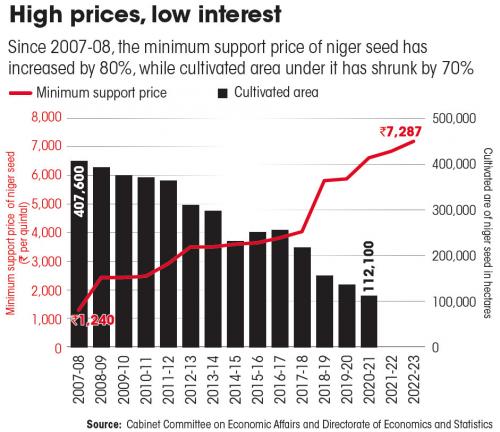 On the middle slope, they would grow pulses and paddy at the bottom, where the rainwater would eventually get collected.

“Recently, most families have started to create ridges on the top of the plateau to hold water and grow paddy in them,” Ureti said.

This is because niger plants are regularly destroyed by amarbel, a twining parasitic plant known as Cuscuta chinensis in scientific lexicon.

The weed belonging to the Cuscuta genus, with over 200 parasitic species, is one of the biggest threats to niger seed farming.

A 2003 study by the National Research Centre for Weed Science in Jabalpur, confirms that the density of amarbel has an impact on niger seed yield. Depending on the amarbel density, niger seed yield decreases by 52 to 99.2 per cent.

“These days, niger farming has become a gamble since the farmers can potentially lose their entire produce. Paddy, on the other hand, ensures at least some income,” Prem Singh Amthuria, a farmer from Ara Gugra village in Chhattisgarh, who has given up niger seed farming, said.

The reason for the gradual increase in amarbel infestation lies in the fact that most farmers informally procure seeds from private growers or fellow farmers.

Such seeds aid in the spread of amarbel weeds as the “identity, genetic purity, quality and source of the seed is not authenticated”, the 2013 AICRP report said.

The report goes on to state that government research institutes have developed high-yielding, amarbel-resistant niger varieties, but these seldom reach farmers.

“The existing formal system of seed production had been hardly sufficient to cope with the seed requirement. Minor crops like niger are not high-priority in seed producing agencies and therefore the production of quality seed for the farmers of this crop is pathetic,” the report stated.

It recommended setting up of seed villages for producing high-quality niger seeds and selling those directly to farmers through agriculture fairs and local shops.

The government, unfortunately, has not acted on the recommendations of the report created by its own agency. “The agriculture department has recently developed the JNS 28 and 30 varieties of niger that are resistant to amarbel. But the quantity is so low that even we do not have it. So we have nothing to give to the farmers,” Vishal Meshram, head and senior scientist at the Krishi Vigyan Kendra in the Mandla district of Madhya Pradesh, said.

BB Singh, former project coordinator of AICRP, said niger was falling out of favour among its only patrons because tribal food has not been a priority for the government. “Had the government implemented our suggestions, the issues of amarbel infestation and low productivity of niger seeds would have been resolved by now,” Singh claimed. 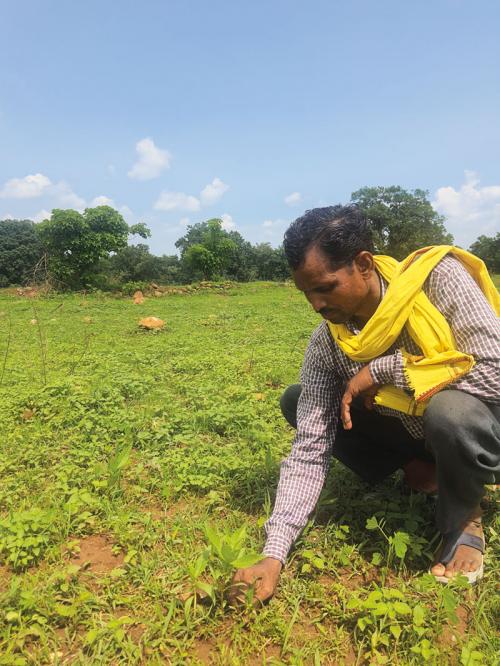 The government apathy also means that most initiatives to support niger farmers seldom reach them. Down To Earth during its visit to four tribal villages in Madhya Pradesh and Chhattisgarh, which still grow niger, found that the farmers were not aware of MSP for the crop and customarily sold their produce to local traders at a price lower than the government support price.

This year, the government has fixed the MSP at Rs 7,287. But Chainu Singh Dhanarsia of Banagora village in Chhattisgarh’s Kabirdham district had sold his niger produce for Rs 4,000 a few days before DTE visited his village in early July.

“We did not know that the government fixes a minimum price for niger and other crops. Even if we knew, we would not have received a better price because the traders decide the rate,” Dhanarsia said.

Meshram is, however, hopeful. Since the novel coronavirus outbreak, local food has caught the fancy of the government as well as the people.

Niger seed is a local food crop that is grown 100 per cent naturally in the country. This is the perfect time to revive the crop, Meshram said.

There is also a ready international demand for niger seed which remains largely unmet, Prem Grover, one of the largest Indian exporters of the oilseed, said.

“Even eight years ago, I would export about 9,000 tonnes of niger seed to the US annually. This year, it has dropped to 3,000 tonnes because it is becoming increasingly difficult to find niger farmers in the country,” he said.

Grover said earlier India’s Shellac Export Promotion Council used to promote niger and provide support to its exporters. But five years ago, it lost interest in the crop. This directly impacted the exports and the exporters.

Meshram said if the government agencies ramp up seed production and provide market access to the tribal communities, niger seed will once again become an economically and environmentally viable source of income for them, particularly those living in arid and hilly areas.