India in a microcosm: Will COVID-19 reverse migrants pick up the plough again? Palanpur throws up a question

Palanpur has been closely monitored and studied since the early 50s to help economists, policy makers understand the changing rural landscape of India 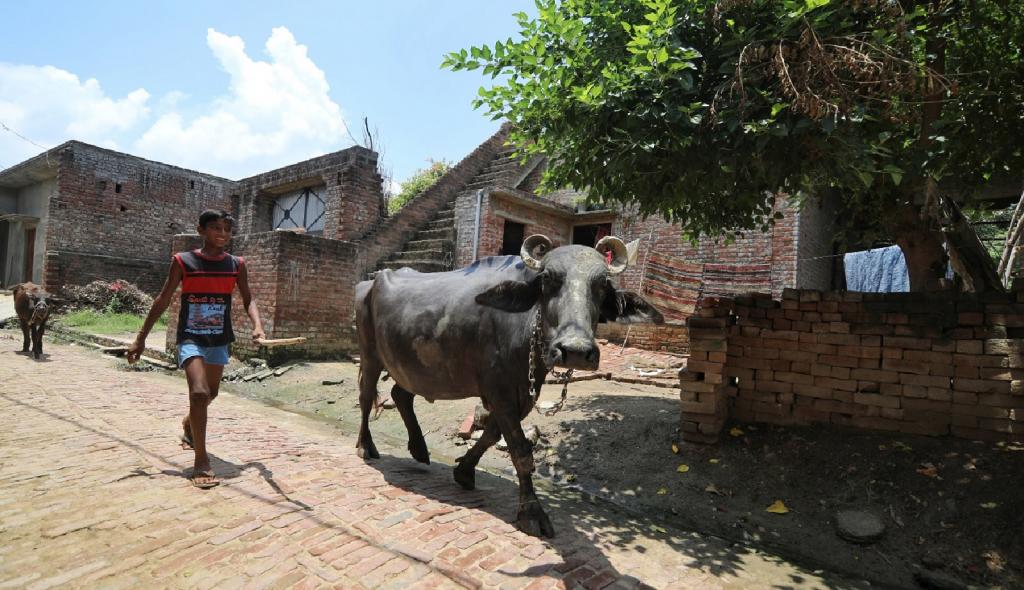 Usman has been unemployed since March, 2020. The 28-year-old worked as a carpenter in national capital New Delhi for 10 years. That was before the novel coronavirus disease (COVID-19) pandemic struck — rendering him and his brother jobless, shattering their dream of starting their own business. Dejected, they returned home to Palanpur in Uttar Pradesh’s Moradabad district.

The brothers are not alone: More than 80 villagers who had migrated in search of a better income returned to Palanpur, village Pradhan Chhatrapal Singh said. Palanpur has 380 families.

Usman now spends his days sitting at home or looking for work. What about expenses? “Savings... We are using up our hard-earned savings of the last 10 years. What else we can do? There is no work,” he said.

Many villagers, upon finding agriculture work non-lucrative, moved to New Delhi, Himachal Pradesh, Punjab and Haryana. The pandemic and the subsequent lockdown, however, compelled them to reverse-migrate.

Usman tried the Mahatma Gandhi Employment Guarantee Act 2005 (MNREGA) but got no work. He does not have a job card.

Those who shifted to cities allowed other farmers to till their land and share the crop. They visited their village occasionally to pick up their share. Now they want the land back, tying their fate once again to agriculture. 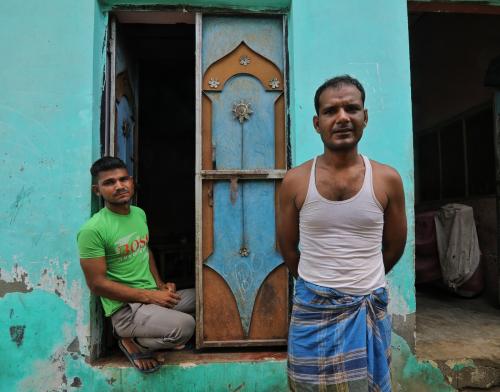 Usman and his younger brother have been unemployed since the lockdown was first imposed in March.
Photo: Vikas Choudhary

Rampal, 40, and his family shifted to Mohali a decade ago. He kept visiting the village to claim his share of the harvest from his land tilled by a local farmer. But mid-April 2020 — during the countrywide lockdown — he returned from Mohali and took back 0.4 hectares of his land on which he plans to sow paddy. Sharecropping will continue on another 0.9 ha of his land.

At least 10 such farmers returned to take control of their ancestral agricultural land, said the Pradhan.

Palanpur has been closely monitored and studied since the early 1950s to help economists and policymakers understand India’s changing rural landscape.

Understanding change in Palanpur can help us understand drivers of change in India. The findings from Palanpur can also lead us to question directions of policy that are widely held or regarded as ‘obvious’ and to point to constructive ways forward which could open up new opportunities. 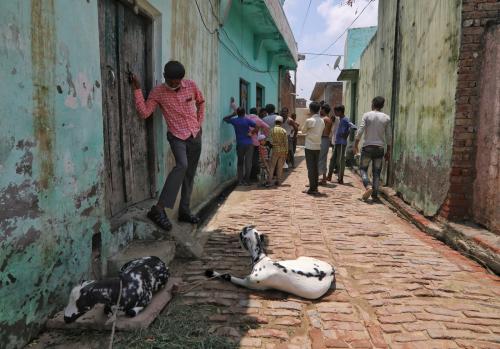 Most villagers who came back from cities are thinking of trying their hands at agriculture again.
Photo: Vikas Choudhary

Not only these three economists, but several other big names in the field have been visiting the village to study the changing Indian village.

The village was first studied by Agricultural Economics Research Centre of Delhi University in 1957-58 and 1962-63. Making the data as base for new study, known economists such as Nicholas Stern and Christopher Bliss studied the village and published a book Palanpur: The Economy of an Indian Village in 1982.

Subsequently, Lanjouw and Stern studied the village and published Economic Development in Palanpur over Five Decades in 1998.

The 2018 book says that until 1974-75, the economy in Palanpur was primarily agrarian, and recorded 70 per cent employment in the farm sector. But people gradually moved out of the sector and started looking for jobs elsewhere. By 2008-09, non-farm sector jobs accounted for 60 per cent of total jobs and rose to 66 per cent in 2015, according to the book.

These findings resonate with national-level statistics. Between 1993 and 2004, growth in non-farm sector employment outstripped that in agriculture at the all- India level.

Will the trend reverse?

Since the study begins in the village, there is gradual decline in the share of cultivation as a source of primary employment for households — from 75.58 per cent in 1957-58 to 26.05 per cent in 2015.

The ones who have returned have given agriculture another shot. The bigger question is — will the change be permanent?