Farmers are willing to switch from thirsty crops like paddy. They need a stable price for alternatives to make diversification a reality 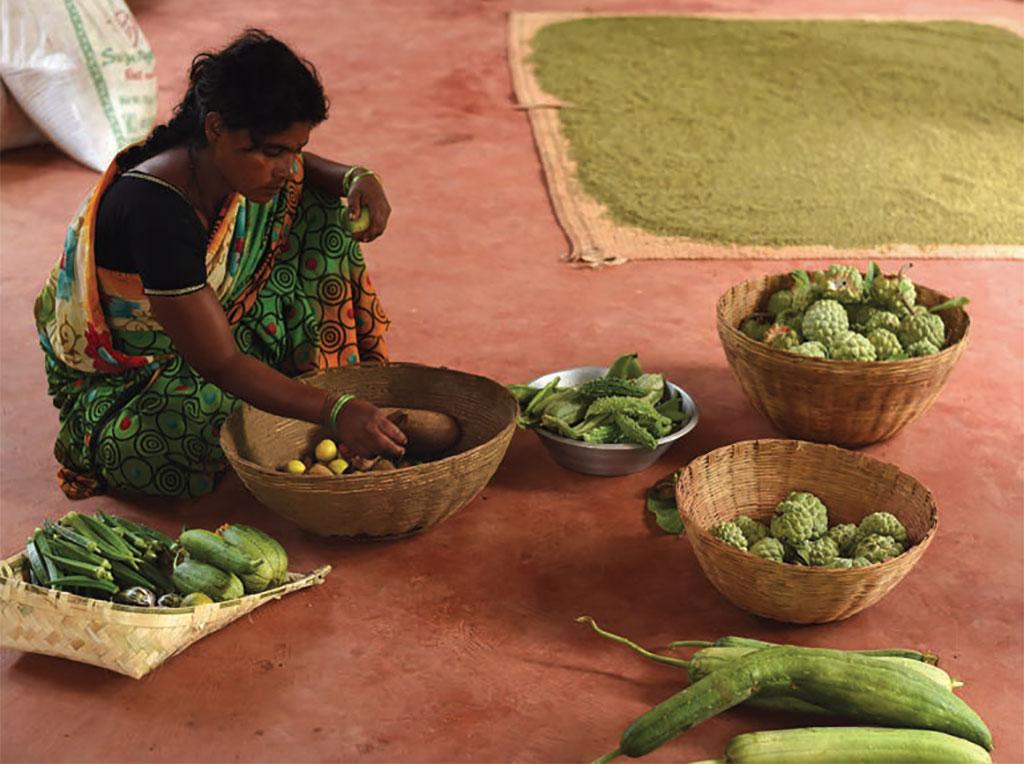 India faces an unprecedented water shortage. A prime reason for this is inapt incentive structure to use water in agriculture that already consumes 89 per cent of the available groundwater. Historically, governments have introduced policy incentives like free-electricity for agriculture to extract groundwater, highly subsidised canal water and cultivation of water-intensive and fertiliser-favoured crops like paddy, wheat and sugarcane, even in water-scarce areas like Punjab, Haryana and Uttar Pradesh. This has resulted in accumulation of more than required reserve stocks of rice, wheat and sugar at the cost of short supplies of pulses and oilseeds and depleting groundwater. However, in recent years there have been some changes in the approach of both Union and state governments towards low-water consuming crops like pulses and oilseeds. There has been an increasing recognition of the fact that paddy consumes over 10 times more water than pulses and oilseeds that require just 500 to 600 litres to produce one kilogram of grain. Policies with provision for free or subsidised power supply around the clock for agriculture have encouraged expansion of area under water-intensive crops, leading to overexploitation of groundwater and lowering of water table. As a consequence, farmers now sink deeper borewells by borrowing more and get into deeper debt. To arrest its fast-depleting water table, the grain-bowl state of Haryana in May 2019 announced cash incentives and freebies for farmers who trade paddy cultivation for maize. In 2017, Maharashtra made drip irrigation compulsory for sugarcane cultivation. Prime Minister Narendra Modi has also coined a slogan “per drop, more crop” for optimum utilisation of water in agriculture. It is now the tagline of Pradhan Mantri Krishi Sinchayee Yojana that aims to develop and expand cultivable land in the country. Initial indications suggest that farmers are responding to these efforts. Yet, due to the massive subsidies for water and fertiliser the overall incentive system is heavily skewed towards paddy, wheat and sugarcane.

Why crop diversification is a difficult proposition

Cash and kind incentives to cultivate less thirsty crops have been given since the early 1990s. Yet, crop diversification has not picked up in many states. According to the Economic Survey 2018-19, the extent of crop diversification has in fact reduced in several states over last two decades. The report used an Index of Crop Diversification to examine major changes in cropping patterns and found that Karnataka topped the index, followed by Maharashtra and Gujarat. The high crop diversification in these states are attributed to successful implementation of rainwater harvesting, drip irrigation and watershed schemes and promotion of commercial crops. Odisha, Chhattisgarh and Jharkhand fared the worst on the index, mainly due to low-ability of state governments to implement the schemes. A research by the Central Research Institute for Dryland Agriculture, Hyderabad, shows that less crop diversification is often associated with low profitability, decline in the fertiliser-response ratio and soil fertility, higher exposure to price and yield risk and increased vulnerability. From the point view of farmers, the biggest advantage of water-intensive crops like paddy is getting stable yields with guaranteed procurement arrangements at the minimum support price (MSP) at village levels.

This is the reason, farmers, in spite of intensive persuasion, are not willing to switch from paddy to pulses, oilseeds and cotton that have the potential to replace the water-intensive crop in water-scarce regions. Returns from such alternative crops also show that the relative profitability of these crops fluctuates widely over a longer period of time (see table: ‘Fluctuating by a wide margin’).

This is the cumulative effect of unpredictable market prices, unstable yields and lack of policies for maintaining long-run price stability. For example, net returns for cotton declined from Rs 21,114 per ha during the triennium, ending 2011-12 to Rs 2,817 per ha during the triennium, ending 2015-16. During the periods, net returns increased for sesame but decreased for niger seed, tur (pigeon pea) and moong (green gram). These year-to-year variations in net returns are entirely unpredictable and major hindrance for crop diversification. Although pulses, oilseeds and cotton fetch higher prices occasionally, they are more risky both in terms of yields and prices and thus do not always fetch more returns. Hence, to promote alternative crops to paddy in water-scarce areas, the government must implement policies that make them relatively more profitable than paddy over relatively longer period.

Net returns from agriculture invariably follow the cobweb cycle—the wide fluctuations occurring in markets in which the quantity supplied by producers depends on prices in previous production periods. The government should frame price policy to prevent farmers from getting trapped in this cobweb cycle. One way to do this is announcing MSP backed by enough procurement so that farmers take acreage decisions based on MSP rather than prices in the previous year. In addition to the stable price policy, the government must focus on the development and diffusion of technologies to increase yields of alternative crops. Since access to groundwater plays a major hindrance in crop diversification, districts more dependent on groundwater (like borewell irrigation) should be the priority focus areas in crop diversification plans so that early results are visible. Another intervention measure is shifting to water control systems in canal command areas to facilitate controlled release of water as per crop needs from the current practice of flooding the entire area.

This will open up farmers to choose the crops based on their profitability to increase crop diversification. It must be noted that in high rainfall areas such as Odisha, West Bengal and other Eastern Indian states, there is a greater scope for not only increasing crop diversity but also cropping intensity by promoting rainwater harvesting structures (like village ponds or farm ponds) for providing irrigation. This will increase the scope for cultivation of vegetables and other irrigated-dry crops like cotton. Last but not least, better market infrastructure like rural roads, village storage infrastructure and well-connected markets are a must. These will not only expand markets for all commodities but also help in crop diversification towards high-value, perishable horticultural crops like fruits and vegetables. To put it in a nutshell, the strategy of “diversify crops, save water” can work only by introducing long-run stable price policy to make alternative crops profitable, with additional focus on the development and diffusion of profitable technologies for alternative crops, expansion of area under controlled irrigation; and expanding markets through rural infrastructure.