India’s agrarian distress: Can we revive our fatigued soils 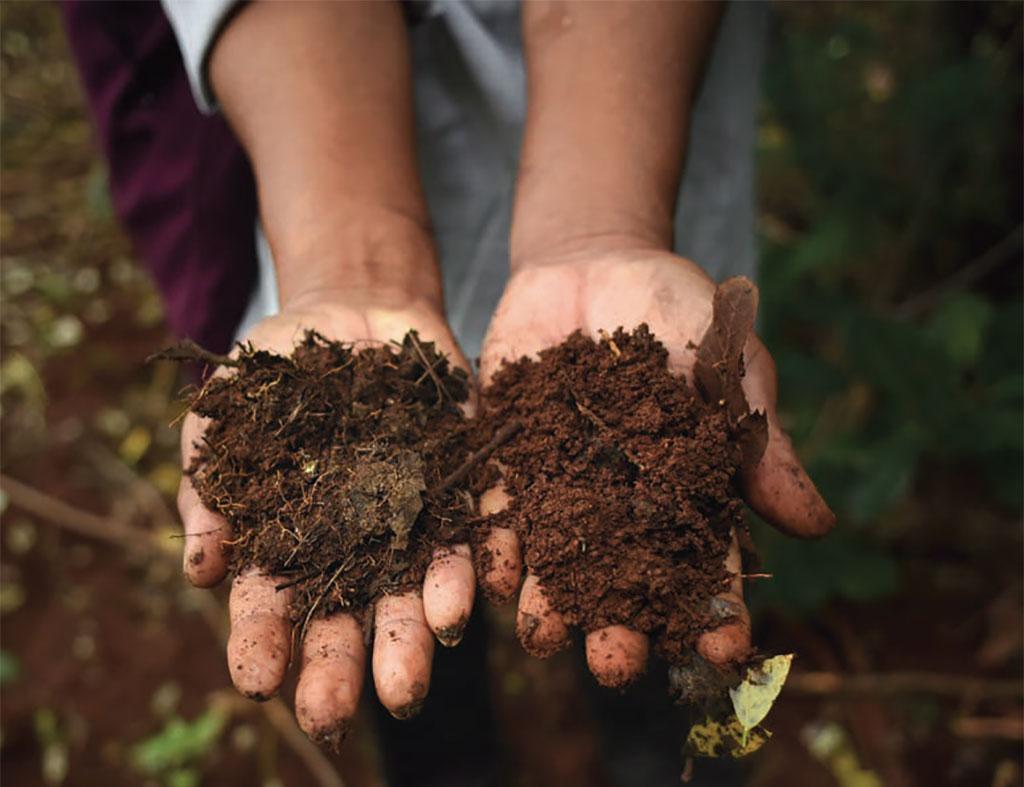 As such, it needs to be cared for as well as timely replenished. Since increasing cultivation area is difficult, the pressure is on increasing productivity of existing cultivated area. However, in our urge to grow more food, soils have been particularly misused to an extent that it is now affecting the state of our health.

Soil health, an attribute of several physical, chemical and biological processes, is showing signs of fatigue due to intensive cultivation, over-mining of nutrients by crops with lesser replenishments through organic and inorganic sources.

The constant decline in soil health is often cited as one of the reasons for stagnating or declining yields. A national database on land degradation prepared by the Indian Space Research Organisation in 2016 shows that 120.7 million hectare (mha), or 36.7 per cent of India’s total arable and non-arable land, suffers from various forms of degradation with water erosion being its chief contributor in 83 mha (68.4 per cent).

According to New Delhi-based National Academy of Agricultural Sciences (NAAS), the annual soil loss rate in our country is about 15.35 tonnes per ha, resulting in loss of 5.37 to 8.4 million tonnes of nutrients. The loss of soil has another immediate major impact on crop productivity.

The eroded soil causes siltation of reservoirs and reduces reservoir capacity which is estimated 1 to 2 per cent annually which further impact irrigation in its command area. Major rainfed crops in India suffer an annual production loss of 13.4 million tonnes due to water erosion which amounts to a loss of Rs 205.32 billion, according to NAAS estimates.

Around 1.07 mha is under physical degradation due to waterlogging. A total of 0.88 mha area is under permanent surface inundation and about 12.53 mha of rainfed soil remains fallow due to temporary water logging during kharif.

Waterlogging, which damages soil by causing salinisation, results in annual loss of 1.2 to 6.0 million tonnes of grain in India. Besides India’s huge tract of fertile soils also get affected due to diversion for non-agriculture purposes.

Chemical degradation of soil health based on parameters like salinisation (alkalinisation), acidification, soil toxification through chemicals, and depletion of nutrients and organic matter and other nutrient input related issues. Around 6.74 mha are under salt affected soils comprising of 3.79 mha under high sodicity (presence of sodium, pH > 9.5) and about 3 mha under high salinity.

In terms of pH value that major part of country is moderately Alkaline. Some part of North India like Himachal Pradesh, J&K (undivided), western Uttarakhand and East India like Odisha, Jharkhand, North Eastern and western coast peninsula are high or moderately acidic.

Soil toxification through chemicals is increasing with urbanisation. More and more municipal and industrial wastes are being dumped in the soil with heavy metals having carcinogenic effects.

A study by the Indian Institute of Soil Science, Bhopal, in 2015 indicated high concentration of heavy metals (cadmium, chromium, copper, lead, nickel and zinc) in composts manufactured in many cities of India from mixed municipal solid wastes.

These heavy metals may accumulate in soil with repeated applications. In a research paper published in the Agricultural Research journal of NAAS in 2015, scientists SK Chaudhari, PP Biswas, IP Abrol and CL Acharya analysed nutrients of soil.

In terms of major macro-nutrients (nitrogen-phosphorus-potassium, or npk), the study found that Indian soils are generally deficient in nitrogen and phosphorous, while high in potassium. Phosphorous is low mostly in Indo-Gangetic plains, Central and North East India.

Also, nitrogen deficiency is across the country, with the deficiency higher in central and southern India than in the Gangetic plains. Degradation of soil health has also been reported due to long-term imbalanced use of fertiliser nutrients.

Even the consumption of fertilisers is concentrated in 42 per cent districts of India. Of the total 525 districts of the country, about 292 account for 85 per cent of total fertiliser use. The pattern of use of fertiliser also varies widely among crops. Fertiliser use in potato, sugarcane, cotton, wheat and paddy is quite high at 347.2 kg/ha, 239.3 kg/ha, 192.6 kg/ ha, 176.7 kg/ha and 165.2 kg/ha respectively.

The 54th report of the Parliamentary Standing Committee of Agriculture (2017-18) says that skewed subsidy policy in favour of urea and high prices of other fertilisers are behind the imbalance in the use of fertilisers in the country.

It said that there was an urgent need to take steps to rationalise over usage of chemical fertilisers in country in order to restore fertility.

The Soil Health Card (SHC) scheme, launched in 2015 with a budget outlay of Rs 568 crore under the National Mission for Sustainable Agriculture, aims to regulate and minimise use of fertiliser.

By end of 2019, the government has distributed 235 million SHCs. The card which is issued to a farmer after an analysis of his / her land, has recommendations on dosage of different nutrients needed and encourages farmers to use fertilisers according to soil deficiencies.

The National Productivity Council, a government body that carries out research on productivity, did an evaluation in February 2016 and found that as a result of application of fertilisers according to recommendations of SHCs, there has been an 8-10 per cent decrease in use of chemical fertilisers in the country and a 5-6 per cent increase in yield.

However, even five years after they were introduced, the impact of SHC is not visible on the ground and the consumption of fertilisers has been increasing. The sampling of soil for testing by government agencies is not scientific as the grid of testing area is inconsistent.

One sample in rainfed area is 10 ha while in irrigated areas it is 2.5 ha. “It is just over-simplification of soil nature. Farm holdings in India are too small and fragmented,” says Pradip Dey, pricipal scientist at the India Institute of Soil Science, Bhopal.

The composition of soils depends on various factors, like the type of crops being grown in a year and even the farmer’s financial condition. Even farmers are not convinced with SHC recommendations if the sample is not taken from their field.

In context of such large scale of soil degradation, India has vowed to restore 26 mha by 2030 at the 2019 meeting of the United Nations Convention to Combat Desertification in New Delhi. Whether that will happen, only time will tell.