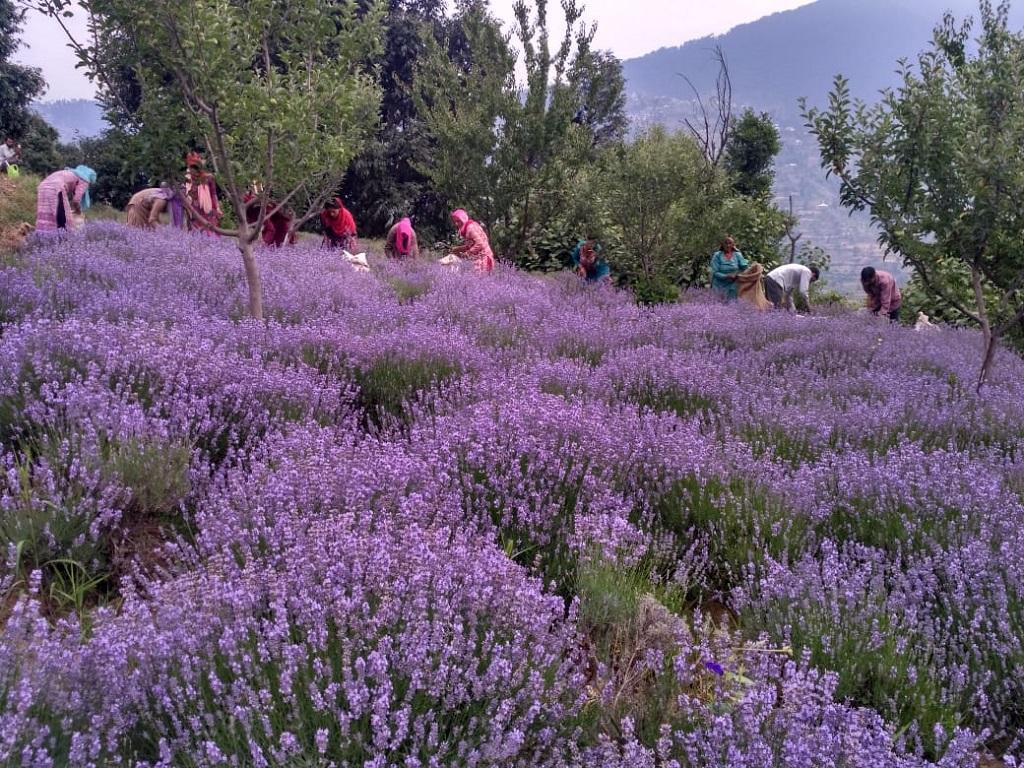 Bharat Bhushan used to cultivate maize, like most farmers in Khillani village in Jammu and Kashmir’s Doda district. He switched to lavender in 2010, when the state’s tourism department introduced the plant in the area for beautification. The villagers ridiculed him for the move but Bhushan had his heart set on the fragrant, bushy plants of an uncommon hue.

Then, in 2016, the central government launched the ‘Aroma Mission’ to boost cultivation of plants like lavender that have aromatic medicinal properties. Bhushan, who had the first-mover advantage, saw his earnings quadruple in the years that followed. At present, he has 20 farm-hands working on his lavender fields and nursery, he told Down to Earth.

Around 500 farmers from Bhushan’s district have seen similar gains after switching from maize to the perennial flowering plant. 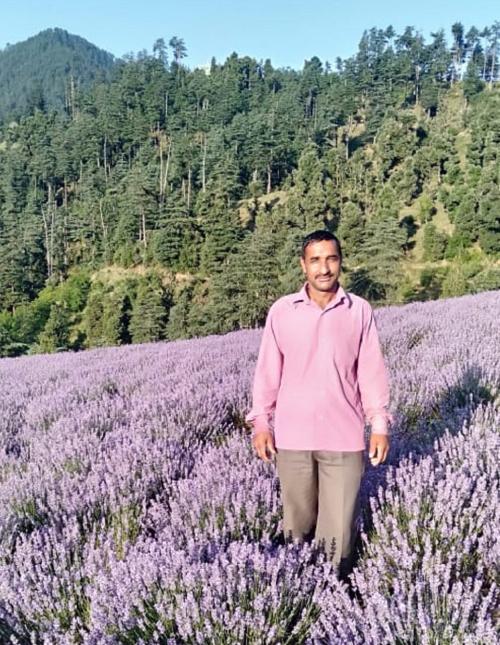 Bhushan started small — growing lavender on just 0.1 hectare of land. As the profits started flowing in, he replaced a larger area of maize plantation around his house with lavender, till the flowers covered almost ten times the area than a decade ago. He also owns two lavender nurseries whose seeds and saplings are sought after across Jammu.

Lavender oil sells for at least Rs 10,000 per litre, according to scientists from the Council of Scientific and Industrial Research (CSIR) and the Indian Institute of Integrative Medicine, Jammu (IIIM Jammu), the two bodies responsible for taking the Aroma Mission forward.

Under the mission, which was launched to move from imported aromatic oils to homegrown varieties, first-time farmers were given free lavender saplings and those who have cultivated lavender before were charged Rs 5-6 per sapling.

“A minimum of 40l of lavender oil is produced from lavender grown over one hectare of land. However, because Doda is flatter than desirable, 32-40l of lavender oil can be extracted per hectare from the local produce,” Sumeet Gairola, senior scientist, CSIR-IIIM Jammu and nodal scientist for Aroma Mission in Jammu & Kashmir told Down to Earth.

The farmers get help from IIIM-Jammu to sell their produce. Mumbai-based companies like Ajmal Biotech provate limited, Aditi International and Navnetri Gamika, which manufacture aromatic products like candles and aroma oils are their primary buyers, said Gairola.

These companies procure lavender extracts from the farmers in Doda and other J&K districts like Rajouri, Ramban and Pulwama where Aroma Mission was introduced in 2018.

There are four distillation units set up by CSIR-IIIM Jammu in Doda and two more have been proposed to meet the increased demand. Farmers from remote locations of district Doda reach these plants for extraction of lavender oil.

“Women are not allowed to work away from home in villages so I encouraged them to cultivate lavender around their homes because it is profitable and would make them financially independent, said Bhushan.

He added that the best thing about the lavender plant is that animals like monkeys and cows do not eat or destroy it. It does not require much water or fertilisers and cow dung is enough.

On February 9, 2021, CSIR-IIIM-Jammu announced Aroma Mission phase 2 after the success of the first phase.

The inauguration was attended by farmers from Uttarakhand, Nagaland and Assam. Impressed by the success of Doda’s lavender farmers, the Uttarakhand authorities invited some of them to train their farmers.

The mission is to increase lavender cultivation to 1,500 hectares within three years from now, said Gairola.

“To maintain the genetic purity of good lavender saplings, we skilled our farmers in vegetative propagation. Though there is no direct collaboration with horticulture and floriculture department but we are in close contact with these departments and SKUAST to aid farmers.”

At present, large-scale lavender cultivation is limited to J&K but governments in Himachal Pradesh, Arunahal Pradesh and Uttarakhand are also encouraging their farmers to take up lavender. Small scale farming of the plant is already underway in these states, said Gairola.