Most of the African ministries of lands have been working on land reforms, but in isolation from the agricultural sector 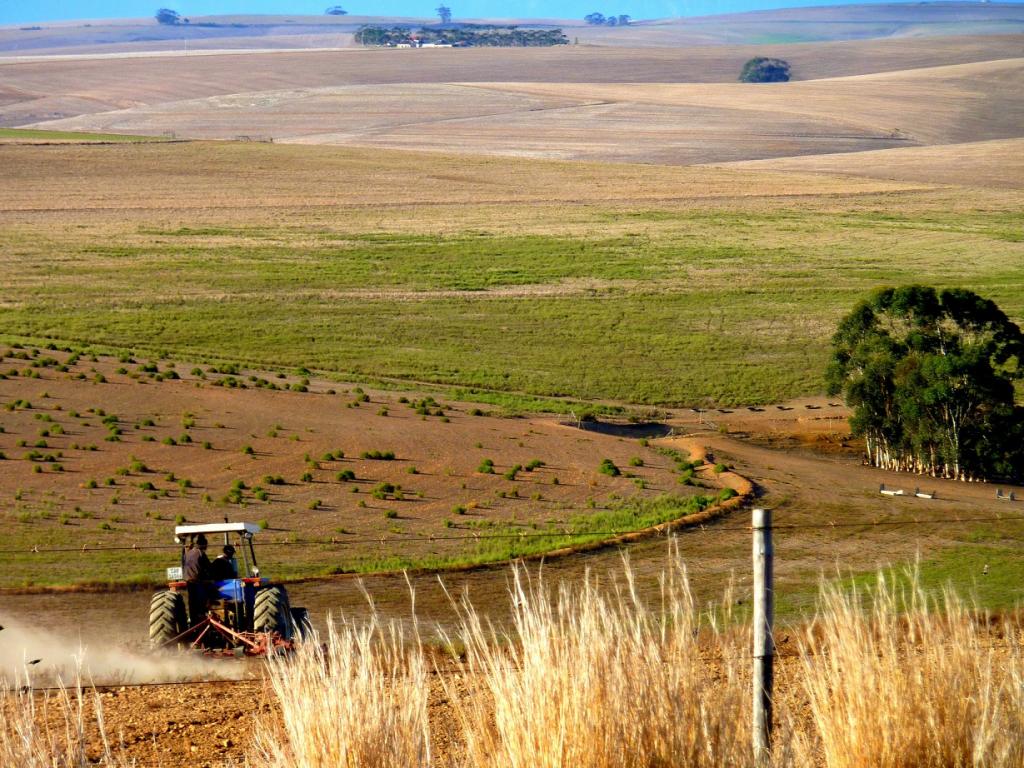 A pilot project was launched to better address concerns like unequal access to land by women and insecurity of land tenure. Credit: Christopher Griner / Flicker

“Most of our ministries of lands have been working on land reforms, but in isolation from the agricultural sector,” Ms. Euphemia of the Ministry of Lands and Housing, Malawi, noted in her remarks at the end of a two-day inception workshop held 3-4 October, 2016.

“Through this project, we will build bridges with our colleagues in agriculture to integrate our programs for better impact.”

The inception workshop was organised by the Land Policy Initiative (LPI) in collaboration with the International Fund for Agriculture Development (IFAD) to launch a pilot project to mainstream land governance concerns in the Comprehensive Africa Agriculture Program (CAADP) in Cote d’Ivoire, the Democratic Republic of Congo, Madagascar, Malawi, Rwanda and Tanzania.

In his remarks, Director Stephen Karingi of the Capacity Development Division (CDD) and Officer in Charge of the Regional Integration and Trade Division (RITD) of ECA, noted that the launch of the pilot project was a culmination of multiple efforts by the LPI over the past five years.

These efforts have generated evidence, raised awareness and built capacity for mainstreaming land governance concerns in the CAADP National Agricultural Investment Plans (NAIPs). One such activity was a study conducted in 2012-2013 by the LPI in collaboration with the NEPAD Agency, to examine how land governance concerns are reflected in CAADP compacts and NAIPs from thirty (30) countries.

A key recommendation of the study, whose findings were validated at the CAADP Partnership Platform Forum (CAADP-PPF) in October 2013, was a call for pilot projects to draw lessons for effective targeting of land governance interventions in the context of implementing agricultural programs.

“This pilot project will generate evidence, raise awareness and build the capacity of our Member States to better address concerns such as unequal access to land by women, insecurity of land tenure especially in communal lands, inadequate mapping and land use planning to guide land related investments,” Mr. Karingi noted.

“The project will also examine opportunity to integrate land governance indicators in results and monitoring frameworks for tracking agriculture sector programs at national level. These are critical elements for successful agriculture and rural transformation.”

The inception workshop was successful in building consensus on the methodology, timeline, roles and responsibilities of the various actors who will be involved in the pilot project.

Most notably, the workshop identified specific developments in each of the six countries that will serve as entry points for quick wins in mainstreaming land governance in agriculture on the one hand, and land-agriculture concerns in land programs on the other.

In his regard the project will build synergies with and provide key inputs to ongoing efforts to revise agricultural sector plans, land policy reforms, and rolling out of programs in the land and agriculture sectors.

Commending participants for their commitment to implement the pilot project, Mr. Harold Liversage, Senior Land Tenure Advisor at IFAD expressed his organisation’s keen interest and commitment to the project, noting that its success would also enhance IFAD operations at country level.

He expressed IFAD’s continued commitment to support the implementation of the LPI and its strategy, noting that IFAD has not wavered in its support to the LPI since its establishment over 10 years ago.