Heatwaves resulted in poor vegetative and retarded growth, pest infestation like fall army and whitefly attacks and viral infections in crops and livestock 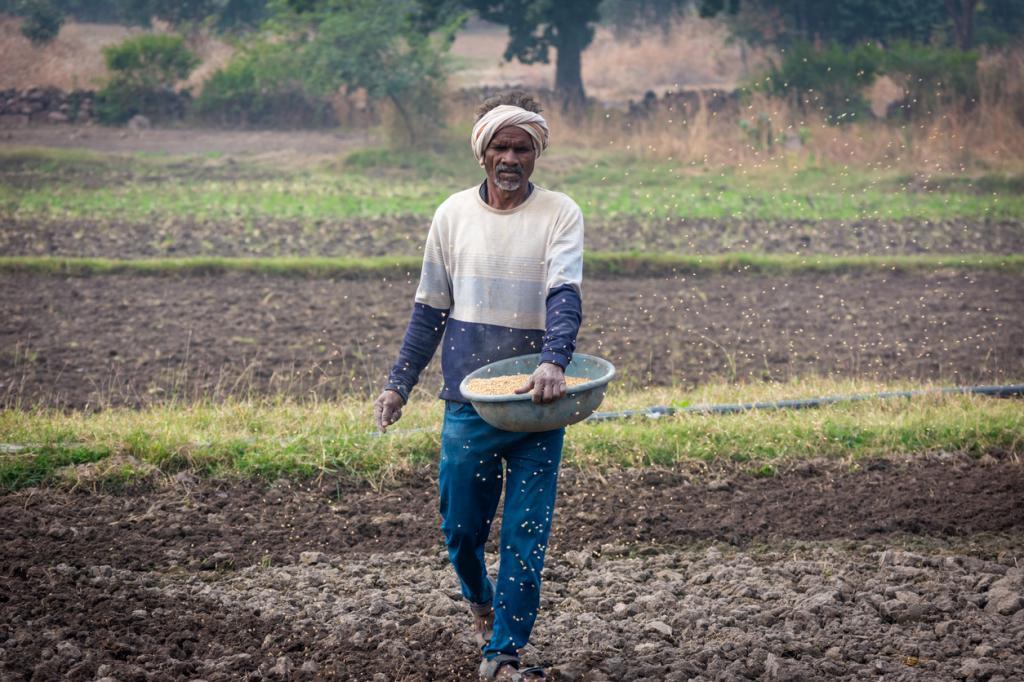 A new report by Indian Council of Agricultural Research has shed light on the extent and kind of crop damage that happened due to the scorching heatwave in the months of March and April 2022.

The heatwave had impcted wheat yield and subsequently, a shortage of grain. But it also resulted in poor vegetative and retarded growth, pest infestation like fall army and whitefly attacks and viral infections in crops and livestock, the report titled Heat Wave 2022: Causes, Impacts, and Way Forward for Indian Agriculture stated.

The hot weather also increased the body temperature of livestock and milch animals by 0.5 to 3.5 degrees Celsius (°C), which reduced milk yields by 15 per cent. Diary animals faced the problem of increased calf mortality and skin infection.

Rise in temperatures also reduced egg production by up to 10 per cent during the initial two days of the heatwave. Subsequently, the drop was maintained at about 4-7 per cent, based on the ambient temperature.

In India, the months of March and April in 2022 witnessed an unusual increase in maximum and minimum temperatures, with departure from the mean exceeding by more than 5°C at some places.

The temperature was appreciably above normal in most parts of the country. Northwest and central India experienced their hottest April in 122 years, with average maximum temperatures reaching 35.9°C and 37.8°C, respectively.

“During this period, the extreme temperatures were found to be higher by 8°C to 10.8°C and the rainfall lower by 60 to 99 per cent, compared to normal in 10 out of 36 meteorological subdivisions,” said the report.

As a result, a reduction of vegetable yields up to 40 to 50 per cent compared to normal was observed in a few areas, especially in Himachal Pradesh and Jammu and Kashmir.

Further, there was a 20 per cent yield reduction in green gram and 18 per cent in maize due to fall army worm attack.

A reduction of 23 per cent was observed in kinnow yield in Punjab. Chickpea in Haryana also experienced a yield reduction up to 19 per cent. In Uttar Pradesh, a temperature increase of 5°C in March from the normal resulted in flower drop and lots of jhumka (a fruiting disorder) in mango trees.

Mango orchards in several districts of Madhya Pradesh, Jharkhand and Bihar were affected. Drying of leaves and plants in guava, lemon and mango; flower and fruit drop in papaya were observed over Bhilwara and Sirohi districts of Rajasthan.

Flower and fruit drop in pomegranate and lemon was observed in Pali district of Rajasthan.

The report says that the heatwave coincided with wheat’s grain filling and development stage and resulted in average reduction of yields up to 15-25 per cent.

But in some areas like Jhansi in Uttar Pradesh, the yield loss was as high as 32 to 34 per cent. Even the 75 per cent timely sown wheat crop (planted on or before November 15) was affected by the sudden rise in temperature.

“In India, wheat was sown in an area of about 31 million hectares (ha) during the 2021-22 cropping season. Out of this, approximately 75 per cent was timely sown.

The timely sown crop was in excellent condition under north west plain zone (Haryana, Punjab, West UP) and north east plain zone (east UP, Bihar and West Bengal) till second week of March,” according to the report.

But the sudden rise in temperature affected the crop. The late sown crop (in about 6-7 million ha area) got affected severely, the report added.

The report said: “The year 2022 will be remembered as a classic example of coupled impact of high temperature and subdued rainfall on agricultural production systems, specifically in northern and central India.”