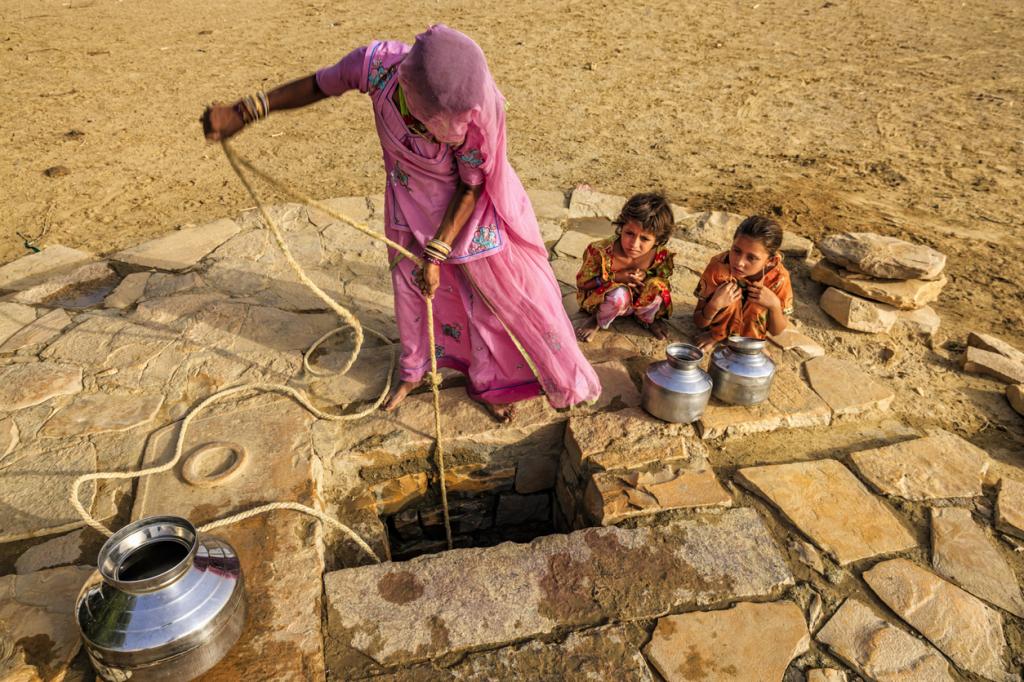 A new satellite-based drought-monitoring tool will be able to indicate the presence of drought and its level of severity, providing authorities the maximum possible lead time to put mitigation strategies into place in India and across South Asia.

It has been tested in India, Pakistan, Bangladesh, Sri Lanka, Nepal, Maldives, Afghanistan and Bhutan.

The system will not just monitor the drought conditions but also incorporate this information of real-time weather updates and open-access satellite data, and provide extension workers as well as agriculture and water resources authorities with all the information needed to forecast, monitor and manage drought on a weekly basis.

India featured as one of the severely drought-impacted countries in the United Nation’s latest drought assessment released May 11, 2022. Nearly two-thirds of the country suffered drought during 2020-2022. Severe droughts have reduced India’s gross domestic product by 2-5 per cent over the 20 years from 1998-2017, studies estimated.

Not only India, the whole of South Asia faced several droughts in the recent decades and 50 major droughts have been reported since 1990, affecting over 750 million people with economic damages estimated at $7 billion.

There was previously no integrated end-to-end drought monitoring and management system available for South Asia, said Giriraj Amarnath, leader of the SADMS programme and research group leader for water, risks to development and resilience at IWMI.

The data from the drought-monitoring system is available at grid level and can be visualised up to taluk level, Amarnath said. “We wanted the data to reach the appropriate users, so that they could make informed decisions on how best to mitigate the drought risk.”

“We are working closely with ICAR-Central Research Institute for Dryland Agriculture and at the taluk level, the district officials can see the value and visualise if there is a surplus or rain deficit,” he explained.

If there is a deficit, ICAR, which works with Krishi Vigyan Kendras (agriculture resource centres), can take this information to them and also at the state government level and interpret what action needs to be taken, he added.

Through this, the authorities can put in action district-wise contingency plans, which include measures like changing the crop or switch to drought-tolerant varieties.

IWMI has been testing SADMS by validating it at the district level. The platform is already in operation in the state of Telangana. They use the system to know when to initiate their strategy for mitigating drought, according to Amarnath. “If the seasonal forecast indicates that a moderate drought is anticipated, for example, then the department might advise farmers to switch from planting rice to a more drought-tolerant crop, such as millet.”

The input data comes into the platform from India Meteorological Department (IMD) and Indian Institute of Tropical Meteorology (IITM). This includes soil moisture, precipitation, temperature, wind speed and available cloud ratio. The scientists will also factor in historical droughts and their conditions.

“We are looking at how to bring drought science into national institutions, state governments and districts in order to have useful information for decision makers to have sufficient lead time so that drought is mitigated to the extent possible,” said Alok Sikka, country representative, IWMI.

The institute will be organising state-level workshops in India early next year to impart training on how to interpret the information at the sub-granular level by end users.

“India is a diverse country with different types of agroecology. It is facing droughts in almost every region and season,” said S Bhaskar, assistant director-general (agronomy, agro-forestry and climate change), ICAR.

Therefore, platforms like SADMS become important for timely monitoring of the droughts and preparation, he added.