While the Modi cabinet claims that land rent is included, calculations suggest otherwise 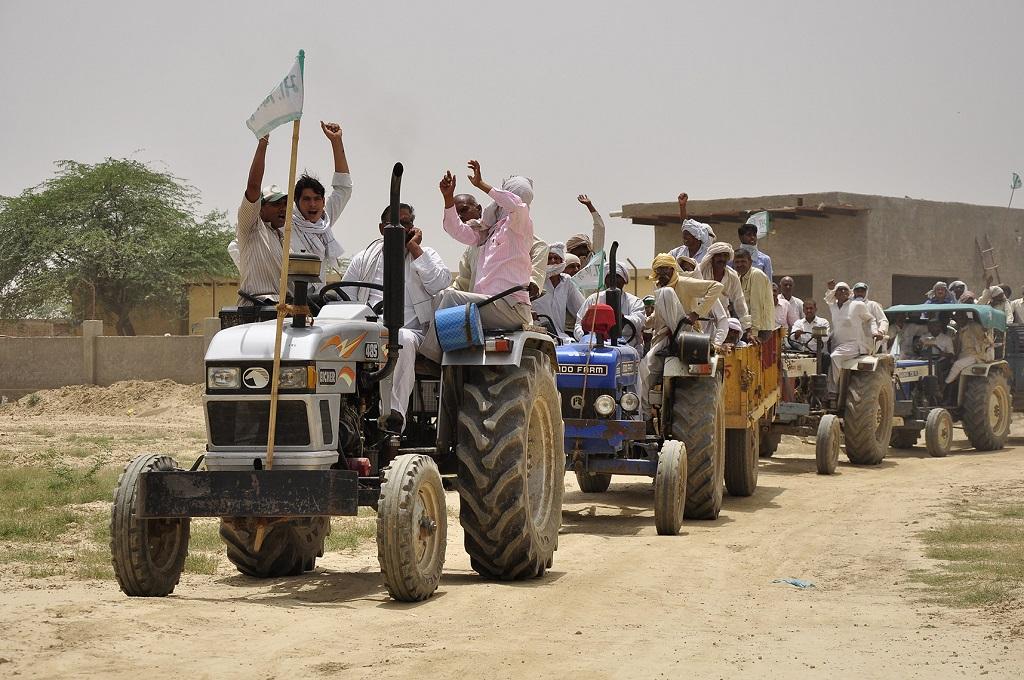 Farmer agitations all across the country in the past few months have been focused on demanding an increase in MSP.

The Narendra Modi cabinet made a big ticket announcement of increasing the minimum support price (MSP) of 14 kharif crops on Wednesday (July 4). Farmer agitations all across the country in the past few months have been focused on demanding that MSP be increased so it is at par with 1.5 times the cost of production. The government claimed that it has fulfilled this demand.

A close look at the declared prices revealed that the prices have not been fixed according to the formula recommended by Swaminathan Commission. There are two formulae to calculate cost of production. One is to include cost of seed, labour (human, animal and machine), fertiliser, manure, insecticides and other miscellaneous costs which is denoted as A2 and add to it the family labour (FL). The other formula addition of cost on imputed rent and interest on owned land to A2+FL. So the final cost of production would be C2=A2+FL+cost imputed on rent and interest on owned land. The farmers have been demanding that MSP should be 1.5 times of C2, which was what the Swaminathan Commission had also suggested, and not 1.5 times of A2+FL. While the Press Information Bureau (PIB) release claimed that rent paid for leased land has been included, the calculation done by Down To Earth shows otherwise.

Take for instance, paddy. The government announced that it has increased Rs 200 per quintal on paddy (common variety) and now the MSP would be Rs 1750/quintal. The Commission for Agriculture Costs and Prices (CACP), a body working under Union ministry of Agriculture and Farmers’ Welfare has projected that the cost of production (CoP) of the paddy, according to C2 formula, would be Rs 1560 per quintal in 2018-19. MSP, when calculated by multiplying CoP by 1.5 as per the recommendation of Swaminathan Commission, should be Rs 2340 per quintal. Thus, the MSP declared by the government is Rs 590 per quintal short of the same

DTE calculated the MSP for all the 14 crops by taking into account the C2 formula and multiplying it by 1.5 times. As startling as it may sound, not a single crop’s MSP turns out to be 1.5 times of the cost of production using the C2 formula as suggested by Swaminathan Commission. The difference between the MSP declared and the one calculated according to Swaminathan formula ranges between Rs 36  per quintal and Rs 2830.5 per quintal depending upon the crop. (see table) 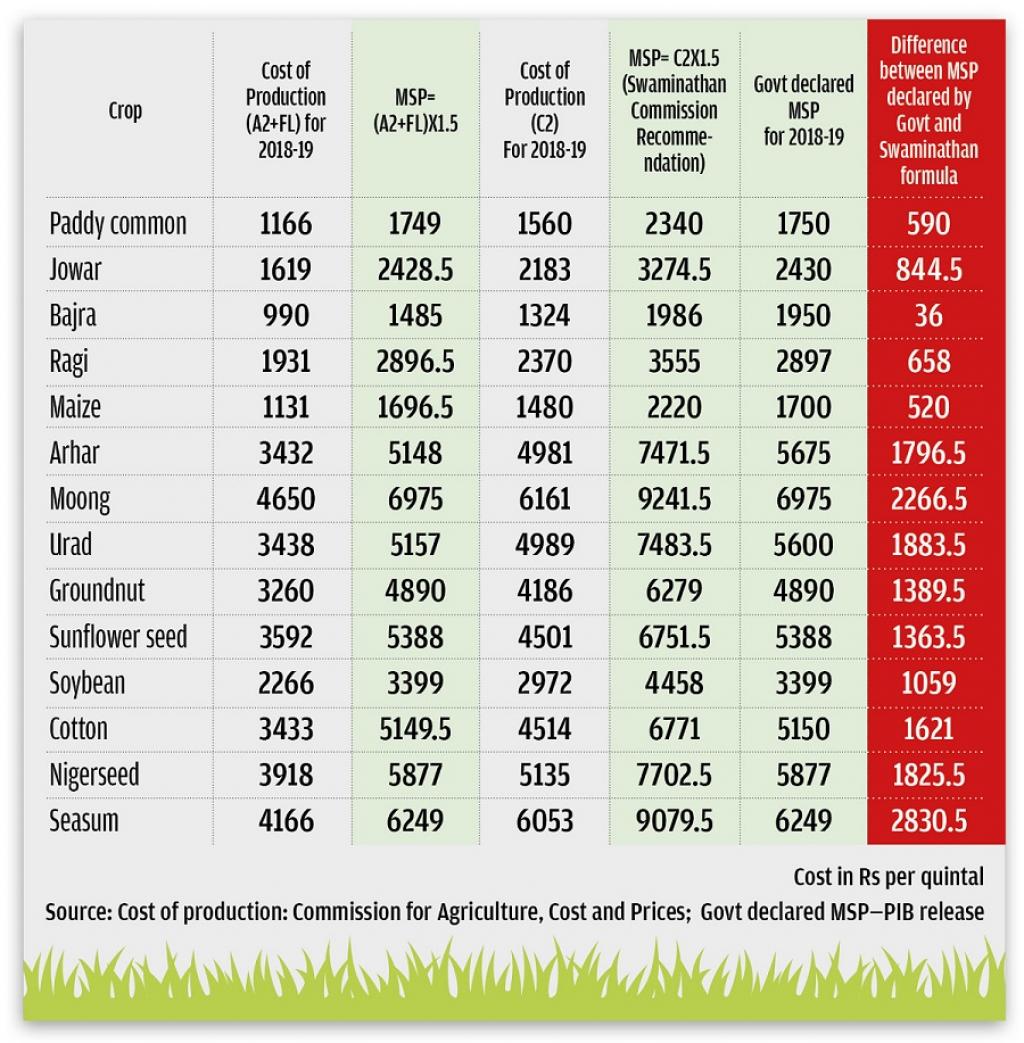 Farmers across India had organised a 10-day strike earlier this month demanding MSP according to Swaminathan formula, and today’s announcement has not made them happy. Rakesh Tikait, national spokesperson of Bhartiya Kisan Union, said, “This is simply a dejection. While the government can blow the trumpet that it has hiked the MSP, it does not conform to the Swaminathan Formula. We will not be fooled by this and we would continue our agitation.” Bhartiya Kisan Union is one of the biggest farmer bodies of India.

The government, nonetheless, termed the announcement as “historic” as it increased MSP on all the 14 crops. “The decision of the Cabinet Committee on Economic Affairs is a historic one as it redeems the promise of the pre-determined principle of fixing the MSPs at a level of at least 150 per cent of the cost of production announced by the Union Budget for 2018-19,” the release said.

The government also said while hiking the MSP, it took into account factors such as hired human labour, bullock labour/machine labour, rent paid for leased land, expenses incurred on use of material inputs like seeds, fertilisers, manures, irrigation charges, depreciation on implements and farm miscellaneous expenses, and imputed value of family labour. The government claimed that the increase in MSPs of Nigerseed at Rs 1,827 per quintal, moong by Rs 1,400 per quintal, sunflower seed by Rs 1,288 per quintal and cotton by Rs 1,130 per quintal is “unprecedented”.

Farmers’ concern is just not about MSP but its implementation. “Every crop season, the government declares MSP. But with only exceptions of wheat and paddy which the government itself procures, hardly any crop which are brought in open mandis by traders, fetches even the MSP which is minimum selling price declared by the government. So what is the point of declaration of MSP without bringing a law that it has to be mandatorily followed,” Tikait asks.