Erratic distribution of northeast monsoon rains is most evident in Tamil Nadu, Karnataka and the Deccan regions 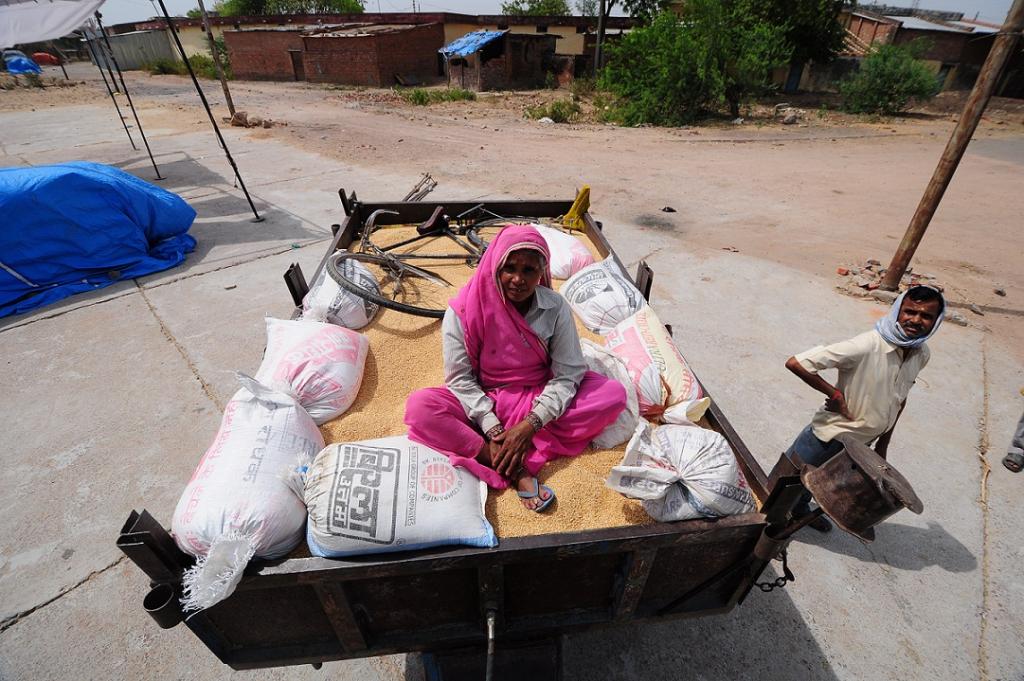 With the end of the year, the northeast monsoon or post-monsoon rains, which last from October to the end of December, also drew to a close. The monsoon brought 10 per cent below normal rain across the country, making it the best northeast monsoon by the quantum of rains since 2013. While this ought to be good news after three successive years of poor rains during the season, the distribution of the rains and their implications leave room for worry.

The summer monsoon of 2017 was characterised by a staggered pattern of rain, a pattern where it either poured—often drenching places with months’ worth of rain within a few hours—or didn’t rain at all. By the end of the season, the country as a whole ended up with 4 per cent less rains despite an incredibly high number of devastating floods in over 20 states in the country.

The pattern is most strikingly visible in Tamil Nadu, where post-monsoon rains contribute 40-60 per cent of the state’s annual rainfall. Over the three months Tamil Nadu received 394 mm of rains, nine per cent short of its normal—433 mm. This is a marked improvement compared to last year when it received just 164 mm, a deficit of 62 per cent, which reportedly caused paddy sowing to drop by 40 per cent!

At first look, the monsoon indeed seems to have returned to normal but a look at the distribution unravels any semblance of normalcy in the rains. Except for the week that ended on December 6, 2017, the other 13 weeks of the season show remarkable deficiencies in the amount of rain and the number of rainy days across the 32 districts of Tamil Nadu. During the one week of intense rainfall activity in the beginning of December, excesses were observed in all 32 districts. In 26 of these, the excesses were more than 100 per cent, which, in effect, made up for the poor showing of the monsoon. In particular, Kanyakumari, Tirunelveli and Tiruvannamalai saw striking excesses of 1,119, 608 and 495 per cent respectively during the week.

Karnataka receives up to 20 per cent of its annual rainfall in the post-monsoon season and here too, the distribution is staggered and irregular. Apart from large excesses received in the beginning of October, the state has seen no or scanty rainfall in the remaining season. In the Deccan, the bountiful rainfall early on in the season resulted in Rayalseema and Telangana receiving above normal rainfall in the final count even though the region has remained practically dry through November and December. In coastal Andhra Pradesh, which did not receive the early rains, the northeast monsoon has been deficient by nearly 50 per cent.

The strange distribution during this past may not stand out when we look at long-term observations that span over 100 years, although they pique the interest when looked vis-à-vis trends observed on shorter terms.

The recent spate of poor northeast monsoons in the last five years contradict observations made in a study published in 2012 in the journal Theoretical and Applied Climatology, which made use of homogenous rain gauge data maintained by the Indian Institute of Tropical Meteorology (IITM) to show that winter rains in peninsular India have exhibited a positive rainfall trend of 0.4 mm per day per decade between 1979 and 2010. At the same time, another observation made in the same paper stands entirely validated—there has been an increase in the number of extreme rainfall days and a decrease in normal rain days.

The staggered distribution has left a visible mark on the pattern of sowing too and will undoubtedly have an impact on the rabi crop production. In Tamil Nadu, paddy sowing improved from 774,000 hectare during 2016-17 to 1.06 million hectare in 2017-18, according to numbers put out by the Directorate of Rice Development in Patna, but this number is still 15 per cent lower than the normal coverage in the state that stands at 1.26 million ha. In Andhra Pradesh, too, paddy sowing was undertaken only in about half the normal area of 742,000 ha. But perhaps the biggest surprises due to the poor northeast monsoon will come from outside the southern peninsula.

The northeast monsoon is generally considered more important to southern states than to the states further north. States like Uttar Pradesh and Madhya Pradesh receive close to 60mm rains during the season that add to soil moisture and aid wheat rabi crop. Cyclonic activity was primarily responsible for propping up otherwise abysmal rainfall figures during the northeast monsoon in southern states but this did not translate to rainfall further up north. With a failure of any kind of rainfall activity in central and north India, the entire mainland has remained practically dry which could hurt the prospects of wheat cultivation.

The effects on sowing are already visible in Uttar Pradesh and Madhya Pradesh, two of the country’s largest wheat producing states. In Madhya Pradesh, area on which wheat is sown was about 20 per cent below normal while in Uttar Pradesh wheat was sown this season on 9.2 million ha as opposed to 9.75 million ha. Ostensibly, there has been a shift in both states to pulses, which are considered better for drier climates. But with high imports of pulses already undertaken how fruitful this shift shall be and how successful India’s Rabi crop will be will be known in March.