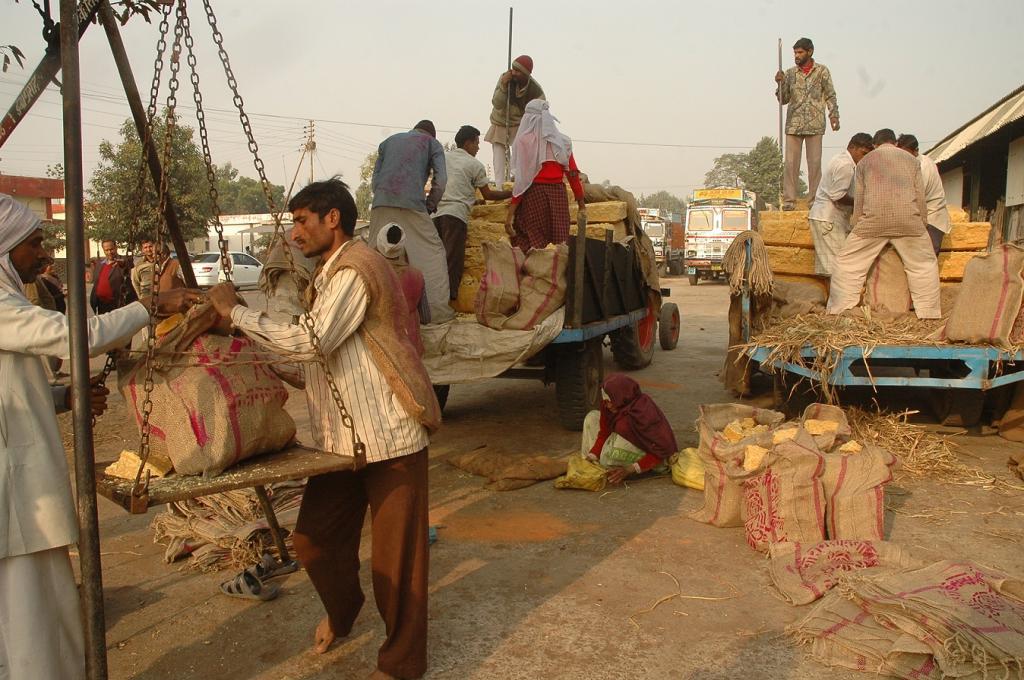 While 85 per cent of farmer households earn 9 per cent of total income, the rest earn 91 per cent. Credit: Agnimirh Basu / CSE

Economists Lucas Chancel and Thomas Piketty recently concluded after a long study that inequality is at its peak in India. It is embedded in popular conscience: “Top 1 per cent of earners captured 22 per cent of total income in the country.” Their study–covering consumption, government accounts and income tax data from 1922 when income tax was introduced in India till 2014–found that income inequality has increased. Top 1 per cent of earners accounted 21 per cent of all income in 1922. During 1980s, popularly known as the Hindu growth rate era, it dropped to 6 per cent. It increased sharply from 1990s onwards.

For the wage-earning middle class, this came as a worrying sign. A debate is brewing in the corporate world over rationalising salary across hierarchy. It has emerged as a verdict on capitalism’s most feared aspect of benefiting a few at the cost of others.

It means 85 per cent of farmer households earn 9 per cent of total income while the rest earn 91 per cent. If you compare this with overall inequality in India, it is far high. “The initial promise of agrarian reforms was to distribute land to the landless and provide title of ownership to the cultivators. However, unfortunately, India’s agrarian reforms did not ensure egalitarianism in the agricultural community,” says the Dalwai Committee Report asking for agriculture policies to factor in this aspect while crafting ways to double farmers’ income by 2022 as promised by Prime Minister Narendra Modi.

It means the “recovery phase” in agriculture with nearly 4 per cent growth in 2004-14 must have bypassed this marginalised majority among the farmers. It is not just among various landholding groups, there is a distinct variation in income level across states depending on level of agricultural growth.  According to a research paper by Sanjoy Chakravorty, S Chandrasekhar and Karthikeya Naraparaju for the Indira Gandhi Institute of Development Research (IGIDR), monthly per capita income from cultivation was Rs 2,311 in Punjab while it was just Rs 250 in West Bengal. It is a nine-fold difference. More to it, “monthly expenditures exceeded income in three of the largest states in the country—West Bengal, Uttar Pradesh, and Bihar—and, correspondingly, the average income of households with less than one hectare of land was less than consumption”.

This raises a pertinent issue that has policy ramifications. The Green Revolution in 1960s focused on increasing productivity and yield. But since then landholding has fragmented significantly. Marginal landholdings have tripled in the last 40 years. It means the old strategy might not reap the same objectives.

This aspect is important in the context of the government’s target of doubling farmers’ income. Small farmers take longer to increase their income in comparison to large farmers. For example, during 2003-13, households with over 10 Ha of land have been able to double income. But a small farmer with up to 1 Ha of land could increase income by just 50 per cent during the same time. It means the government has to apply income group-specific strategy to achieve its target of doubling farmers’ income. And just to reiterate the country’s massive small farmer’s population: average size of 67 per cent of all landholding in India is 0.39 Ha.

The challenge of making farming lucrative just got tougher. According to government reports, the stagnation in government expenditure has led to reduction in non-farm job creations. So, the majority of small and marginal farmers, who don’t earn much from cultivation, would not be able to access alternative sources of livelihoods as well. This rings the proverbial alarm bells.