Orchard in nowhere: How MGNREGA has helped in greening up Sabarkantha villages

The district in arid northern Gujarat has taken up orchard cultivations 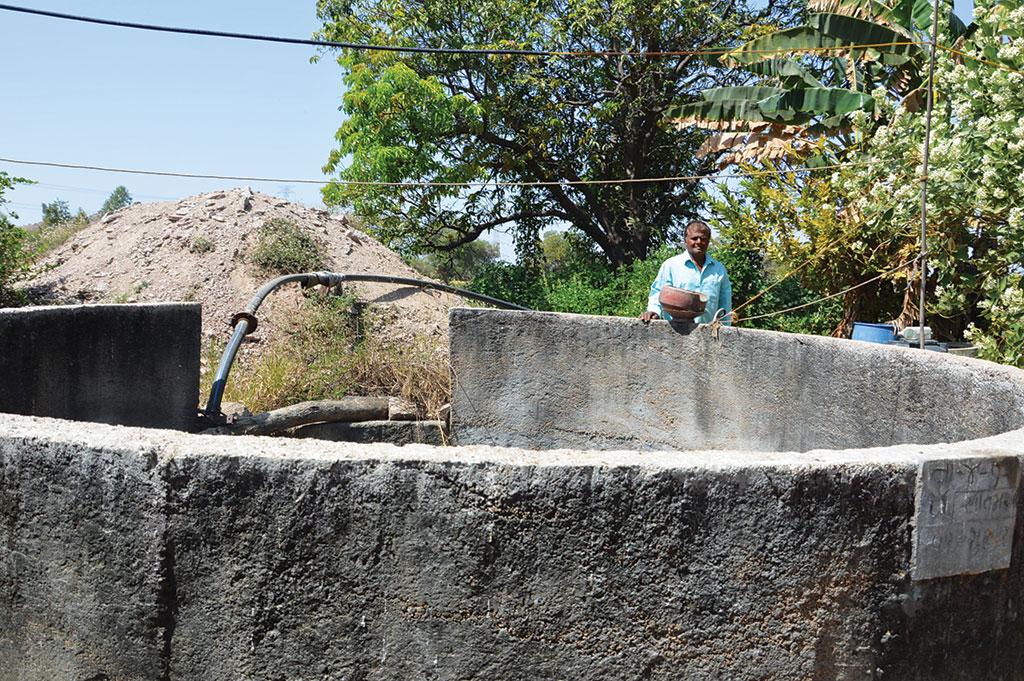 Vasna village in Sabarkantha district of Gujarat has a lime orchard. “We are now in the process of setting up chikoo, custard apple and guava orchards for cultivation under MGNREGA for the community,” says Ishwar Makwana, assistant block officer, who monitors 40 panchayats of Vadali taluka. 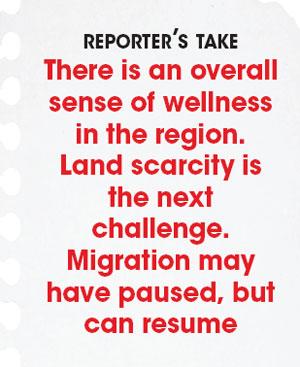 What sets the orchard apart is its location. Sabarkantha is in northern Gujarat, where orchards are a rarity. The district’s 30-year average annual rain is less than 800 mm. The natural slope of the land is towards the adjacent district of Mehsana, which lies on the banks of the Sabarmati river, to the left of Sabarkantha.

“The rainwater in Sabarkantha, therefore, drains towards Mehsana, into the Dharoi dam on the Sabarmati,” says Kiran Khant, a union leader of MGNREGA workers of five talukas in Sabarkantha. “After the district was selected for implementation of MGNREGA, we decided to dig up big village-ponds, small community-ponds, check dams and bori bunds (check dams made of gunny bags filled with soil), and undertake desilting operations under the scheme to improve water availability as well as the water table in the region,” says Kiran Khant.

Over the years, this has reduced the communities’ dependence on rainwater. Suresh Thakor, who owns a 1.6 ha farmland in Rampur village, also in Vadali taluka, says he now takes up at least three crops a year as against one or two earlier. Thakor, who belongs to Other Backward Class, credits this to a community pond that he participated in digging a decade ago.

“The water table in my village has improved significantly. During monsoon, the entire pond fills up. Till about the end of February, we directly draw water from the pond through pipes for irrigation. That takes care of two crops. The third one is a little difficult, but we manage with groundwater. Besides, our livestock feeds us too,” he adds.

He has nine heads of buffalo, whose milk he sells at the local dairy. Supporting more than three till a few years ago was not within reach for Thakor. Now he plans to buy a couple more. “Earlier we could barely feed ourselves. Farming was never an income, it was only dairy income that sustained us. But now, in a good season, we can save up to Rs 2 lakh a year,” he adds Water availability has led to cultivation of relatively water-intensive crops.

Farmers now grow fruit, such as custard apple, guava and sapota, and vegetables like brinjal, while earlier they were just growing maize, millets, wheat and cotton. “Salinity in water, too, has reduced to below 200 m,” says Ishwarbhai Khant, sarpanch of Vasna village.

The MGNREGA supervisors agree that the multiple water conservation works have yielded multiple benefits for the communities, most of whom belong to Other Backward Class, and had mostly abandoned their farmland to work in cities or as farm labourers nearby.

“I believe migration has reduced 40 per cent over the last decade. At any point of time, 35 per cent of works are dedicated to water conservation,” says Ishwar Makwana.

The scarcity, however, is not completely over. Village sarpanch Ishwarbhai Khant says: “Our ponds are now 12 years old and they hold good water if it rains well. However, this season the rain was not sufficient. Besides due to unseasonal rain and hail, we suffered severe crop loss.”