Over a million paddy bags damaged in the open in Odisha due to rain, hailstorm 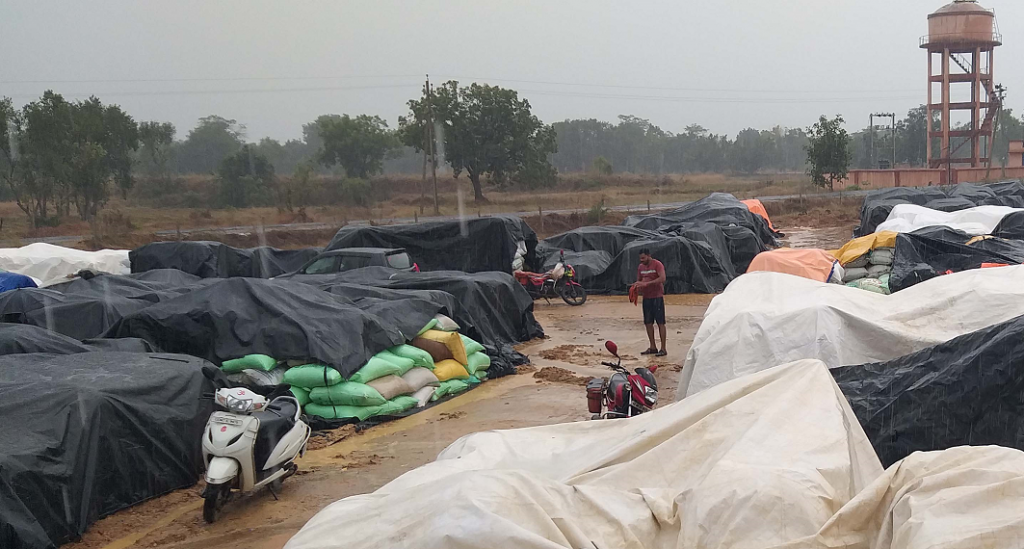 (An earlier version of the story erroneously mentioned 115,000 instead of 1.15 million. The error is regretted.)

More than a million bags of paddy lying in the open in market yards in Odisha’s Bargarh district have reportedly got damaged due to heavy rain and hailstorm, which also caused extensive damage to vegetable crops in the district.

The rain started from the evening of December 28, 2021 with a spate of hailstorm in between, and continued throughout December 29.

The India Metereological Department had forecast heavy rain for three days till December 30, not only in Bargarh but also other districts like Sambalpur, Jharsuguda, Sundargarh, Deogarh, Angul, Keonjhar and Mayurbhanj.

Bargarh, often called the ‘rice bowl’ of Odisha, tops in paddy procurement in the state.

One bag of paddy contains around 50 kilogram of paddy. Paddy has a minimum support price of Rs 19.40 a kg.

Besides, areas in the Ambabhona, Sohela, Bhatli and Bargarh blocks of Bargarh have reported extensive damage to vegetable crops in the field due to hailstorm and rain.

Most of the market yards in the district had temporary sheds while several of them had permanent sheds, Bargarh collector Monisha Banerjee told Down To Earth. “The paddy bags lying in the open where there was no shed were covered with tarpaulin.”

Still, the administration is assessing if there is any damage to the paddy at the market yard and vegetable crops in the fields, she said. “The tehsildars are on the job and appropriate steps will be taken after they submit the concrete reports.”

Most of the market yards lacked basic infrastructure, like a shed to protect the paddy, the farmers said. Strong winds blew away the tarpaulins covering the paddy bags, some of them shared.

Farmers in villages of Padampur sub-division reported extensive damage to their paddy.

Hara Bania, a farmer from Sarkanda village under Sehela block, explained why tarpaulins as a protective shield is not realistic:

How can the tarpaulins work when there is no cement flooring in the market yards? With the tarpaulins blown away due to wind, the paddy bags were completely soaked in the rain and the rainwater that flowed beneath.

Regulated market committee (RMC) officials only came on the morning of December 29 to cover the paddy bags in the yards again, according to farmers. “By that time the damage was already done.”

They met with a similar crisis last year as well. The rice mill owners refused to buy soaked paddy and the farmers incurred heavy financial losses, the farmers recalled.