Over half of India’s cattle, goats, sheep and swine are non-descript: Government

New government report finds fewer indigenous individuals among these species, although experts blame non-registration of breeds as a reason 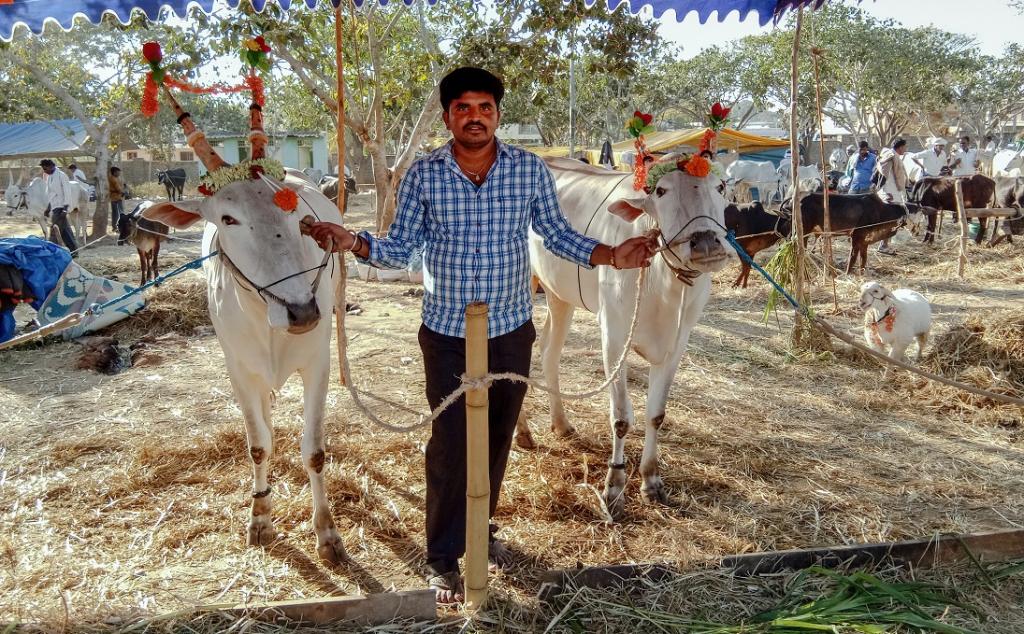 The Hallikar, a prized zebu breed from the Deccan and one that is recognised by the NBAGR. Photo: iStock

The origins of over half of India’s cattle, sheep, goats, horses, ponies, mules, donkeys and pigs are not known, according to a new report on the country’s livestock released by the government recently.

The country’s water buffaloes too have fewer purebred individuals, although its camels still have that distinction according to Breed-wise report on livestock and poultry.

The document details the breed-wise data collection that was done along with the 20th Livestock Census which was conducted between October 1, 2018 and September 20, 2019.

Livestock and poultry were counted in the exercise according to their breeds with the help of tablet computers across 0.6 million villages and nearly 89,062 urban wards.

Over 265 million households and 4.2 million non-households were surveyed across India during the 20th Census.

“The report covered 184 indigenous / exotic breeds of 19 selected species. At first, species are given codes and subsequently these codes have been extended to generate the codes for the breeds.

“The breeds which are registered by the National Bureau of Animal Genetic Resources (NBAGR), were considered in the breed report. All other local breeds have been covered under non-descript category,” the document said.

Jersey (54.9 per cent) and Holstein (43.3 per cent) formed the bulk of exotic and crossbred cattle in India, according to the report.

There were 41 recognised indigenous cattle breeds in India, according to the 20th census. About 70.5 per cent of indigenous breeds belonged to the Non-Descript category.

“Out of the remaining 29.5 per cent, 4.8 per cent contribution is from Gir and Lakhimi breeds following which Sahiwal contribute 4.2 per cent of total indigenous cattle.

Jharkhand had the most Bachaur cows at 76.89 per cent while Uttar Pradesh had the most Hariana cows at 41.5 per cent.

Some 20.3 per cent of India’s buffaloes are pure breeds, 34.3 per cent are graded and the remaining 45.4 per cent are in the Non-Descript category, according to the report.

Murrah constitute the bulk of the 13 recognised indigenous breeds of Indian buffaloes at 42.8 per cent, followed by Mehsana at four per cent and Surti at 2.2 per cent.

Some 50.6 per cent of Indian sheep are categorised as Non-descript, while 43.9 per cent are indigenous. Some 5.5 per cent are exotic.

The NBAGR recognises 42 indigenous breeds of sheep of which the Nellore breed constitute the most at 20.0 per cent. They are followed by Bellary, Marwari, Deccani, Kenguri and Mecheri breeds.

Deccan states such as Karnataka, Andhra Pradesh and Telangana are home to most populations of the Nellore, Bellary, Deccani and Kenguri breeds.

The NBGR recognises 28 indigenous breeds of goat, with the Black Bengal breed constituting 18.6 per cent of them, followed by Marwari, Barbari, Osmanabadi with 3.4 per cent, 3.2 per cent and 2.4 per cent respectively.

Some 70.9 per cent of India’s swine are non-descript. Some 2.8 per cent are exotic, 18.1 per cent are crossbred and 8.2 per cent are indigenous. Six swine breeds are recognised as indigenous to India by the NBAGR.

Some 91.7 per cent of Indian donkeys are non-descript while the remaining 8.3 per cent belong to the Spiti breed, recognised by the NBAGR.

Camels are the only major livestock species where 60.4 per cent of the animals are indigenous and 39.6 per cent are non-descript. There are nine recognised breeds of which, the Bikaneri has the highest numbers at 29.6 per cent.

I think there has been a poor application of mind. A large number of animals in India are not yet documented by the NBAGR. They are called non-descript but can be categorised as breeds in their own right.

“Evolution of breeds is an interplay of nature and culture. When you conserve cattle or any other livestock, you not only conserve a gene but also a culture. But since 2014, there has not been a single consultation by the Niti Aayog with organisations working with native livestock,” Sivasenapathy, who is the secretary of the Dravida Munnetra Kazhagam’s environment wing, said.

He added saving indigenous breeds was the need of the hour as in these times of climate change, hardy breeds that can thrive on scanty resources and in high temperatures were required.

“All native Indian livestock breeds should be declared as globally important agricultural heritage systems by the United Nations Food and Agriculture Organization and the Government of India should work towards this,” he said.