Out of the 94 Padma Shri awardees, 12 farmers have been awarded for various activities like organic farming, traditional seed conservation and use of scientific methods in cultivation 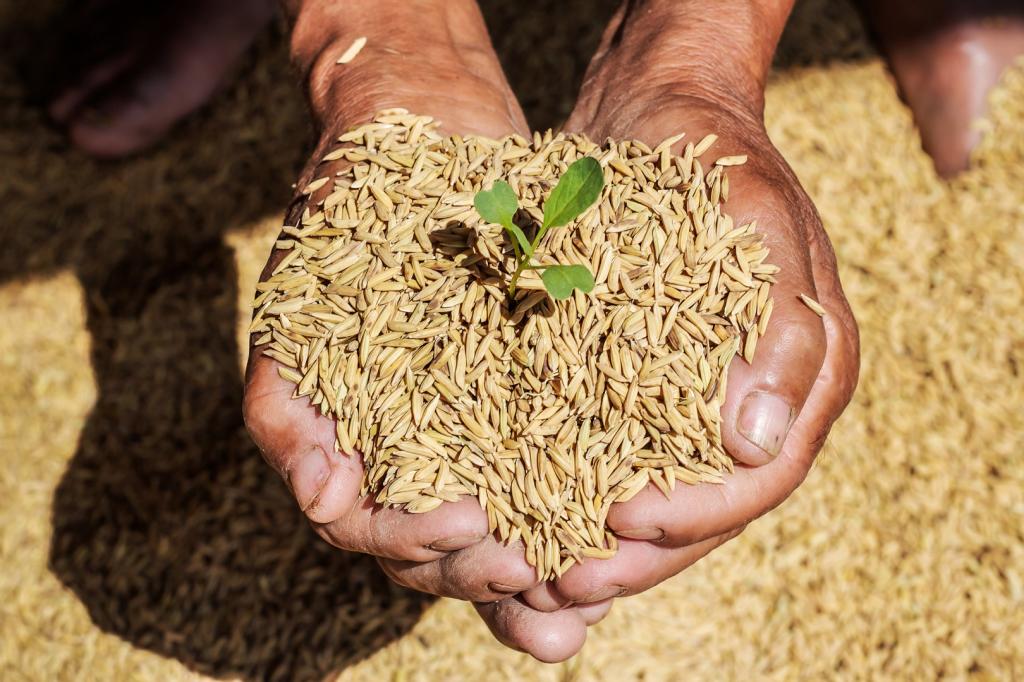 The 2019 Padma awards, announced on January 25, saw the President of India approve 112 awards, with 28 more awardees compared to last year.

Out of the 112, four Padma Vibhushan, 14 Padma Bhushan and 94 Padma Shri awards were handed out. Out of the 94 Padma Shri awardees, 12 are farmers, who have been awarded for various activities like organic farming, traditional seed conservation and use of scientific methods in cultivation.

Out of 12, four are farmers who used traditional methods of farming to bring change. Kamala Pujhari is one of them, who conserved hundreds of local varieties of paddy and promotes organic farming. She comes from a tribal community in Koraput district of Odisha.

Due to her efforts, farmers from Koraput village as well as other neighbouring villages gave up the use of chemical fertilisers. This is not the first recognition for her work.

Pujhari has already received the ‘Equator Initiative’ award in South Africa in 2002, and has also been a member of the state planning board in March 2018, according to media reports.

Another winner, Rajkumari Devi, has been popular for her expertise in assessing the soil quality to ensure successful harvest. She is popularly known as ‘Kisan Chachi’, and hails from Muzzaffarpur district in Bihar.

Babulal Dahiyaa, a farmer from Madhya Pradesh’s Pithaurabad village and one of the awardees, has been growing 110 varieties of crops within two acres of land.

He has been collecting indigenous rice varieties since 2005, when he learnt that a traditional rice variety had vanished from the region, and was only described in folktales and poems.

The state biodiversity board has also recognised his work, and initiated a beej yatra (seed rally) to collect indigenous verities of vegetables and medicinal plants. They have collected over 1,600 varieties from 24 districts, say media reports.

Hukumchand Patidar from Rajasthan is a farmer who has been practicing organic farming on a 40 acre piece of land. His produce is exported to over seven countries.

Patidar started his farming journey in 2004, and is also the founder of Swami Vivekanand Agricutural Research Farm.

Apart from the four traditional farmers, the other farmers awarded are known for using technology mixed with other farming methods. Venkateswara Rao Yadlapalli, who comes from Guntur district in Andhra Pradesh, has developed an app called Rythunestham.

Next is Ram Sharan Verma, who has been awarded a Padma Shri for introducing ‘hi-tech agriculture’ in Uttar Pradesh’s Barabanki district.

Bharat Bhushan Tyagi from Uttar Pradesh has also been awarded a Padma Shri under the same category.

Other farmers who were awarded for path-breaking innovations include Vallabhbhai Vasrambhai Marvaniya, who was reportedly the first person to sell carrots in Gujarat in 1943, when he was just 13 years old. He later found a variety, known as the madhuvan gajar, which he started cultivating in 1985.

In 2017, the Rajasthan Agricultural Research Institute validated the trails of this variety. Government reports show that this variety is also suitable for making other value added products like chips, pickles and juices.

Similarly, Kanwal Singh Chauhan from Haryana was awarded for innovation in babycorn and mushroom; while Jagdish Prasad Parikh was awarded for growing jumbo variety of cauliflowers.
Under the animal husbandry sector, Sultan Singh and Narendra Singh from Haryana were awarded for their work in fisheries and dairy breeding respectively.