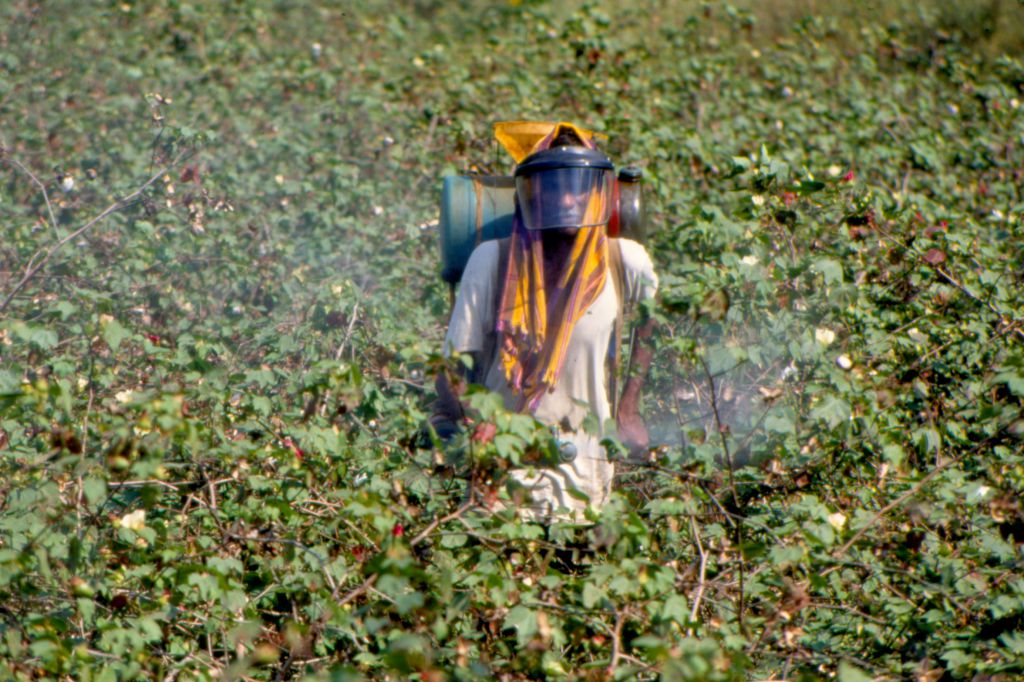 The Pesticides Management Bill (PMB), 2020 — introduced in the Rajya Sabha on March 23, 2020 to replace The Insecticides Act, 1968 — will have a far-reaching impact on Indian agriculture and famers’ livelihood if it is passed in the current form, experts said.

The Insecticides Act, 1968 currently governs the registration, manufacturing, export, sale and use of pesticides in India. It will come up for discussion in the upcoming Monsoon Session of Parliament that starts on September 14.

PMB, 2020 would not allow the manufacture and export of pesticides not registered for use in India even if these are approved in other countries.

Experts said PMB should allow Indian entities to manufacture and export these pesticides, which would help generate employment opportunities and earn foreign exchange.

“The demands presented by the Ashok Dalwai Committee, constituted in 2018 to promote domestic and indigenous industries and agricultural exports from India, are missing from PMB, 2020. In fact, the committee had recommended reduction in import and dependence on imported formulations. The present PMB, however, will increase the import of formulations and will damage the export of agro-chemicals,” he added.

Chaudhary said Emamectin Benzoate used in cotton farming was initially imported and sold for Rs 10,000 per kg by a multinational. “Subsequently, three years later, the same product was manufactured by domestic companies, and sold at Rs 3,500 / kg. So if the imported formulations are to be encouraged then how will a farmer survive,” he said.

He was speaking at a press briefing organised by Crop Care Federation of India (CCFI) on the issue.

One of the provisions in the bill gives powers to Registration Committee (RC) to subjectively review registration of a pesticide and then suspend, cancel or even ban its usage.

“This would be done without any scientific evaluation,” said Ajit Kumar, Chairman (Technical Committee), CCFI. He called for an independent regulator to oversee the RC’s decisions.

“Such scenarios can disrupt Indian farmers’ functioning and productivity. The well-being of India’s farmers and its food security goal is inextricably linked with the timely use of crop protection products,” he said.

He added that pesticides have helped farmers safeguard their crops against a plethora of pest attacks, most importantly during the recent locust swarm invasion across various parts of the country.

“Had farmers not used pesticides in time, their crops would have been devastated and their income jeopardised. PMB 2020 needs to consider these issues and review certain provisions that will impact the availability and accessibility of pesticides,” he said.

Both experts called for wider consultations on the bill and for it to be placed before a select committee.

“This is imperative if India seeks to be atmanirbhar (self-reliant) as a credible manufacturer and supplier of pesticides to the world while promoting food security objectives and generating employment opportunities for its people,” said Kumar.

Talking about another provision in the bill that provides for re-registration of pesticides already registered under the erstwhile 1968 Act, Kumar says that it will bring instability in the pesticides industry.

“PMB mandates that such registrations will only be valid for two years after the bill comes into force. During this time, the manufacturer needs to apply and obtain fresh registration from the RC, only then can they manufacture and sell the product beyond two years. This provision will introduce instability in the pesticides industry and also impact Indian agriculture badly as several products required by farmers may not be available because the RC may have failed in or denied the granting of registrations in time.”

He added that the Bill should provide for each registration granted under the 1968 Act to be deemed approved under PMB without the limited two-year timeframe.