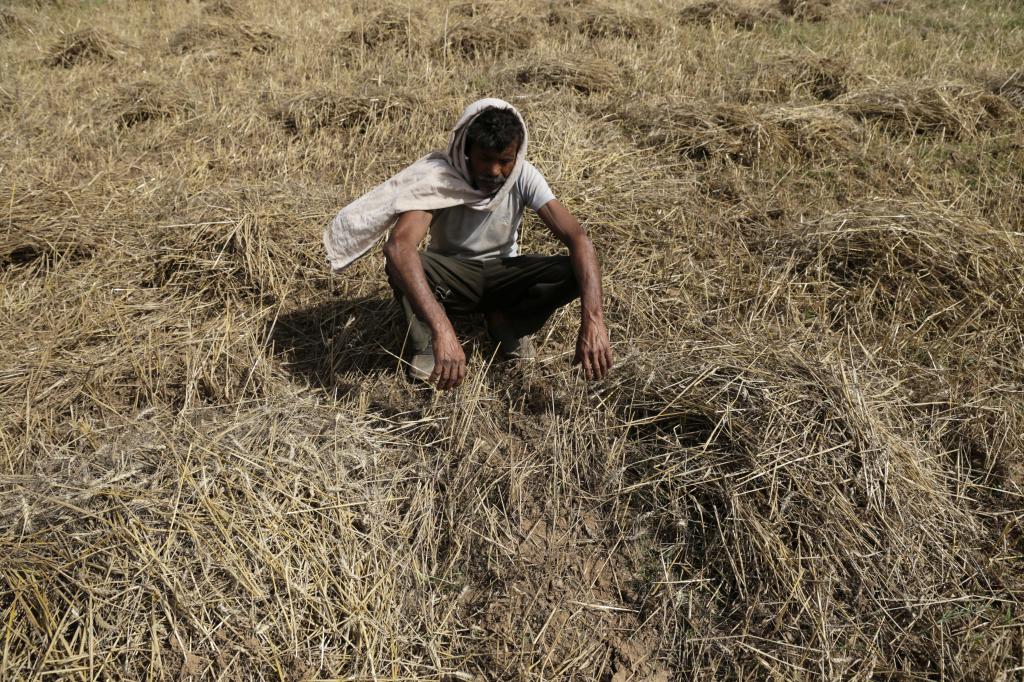 Farmers in vulnerable regions such as Bundelkhand and Marathwada might not get any claim even if more than half of their crops are damaged (Credit: Vikas Choudhary/CSE)

An analysis of the government’s flagship national agriculture insurance scheme, the Pradhan Mantri Fasal Bima Yojana (PMFBY), has suggested that while being far superior to previous such schemes, its implementation is seriously compromised.

The report was released by New Delhi based non-profit Centre for Science and Environment. CSE’s deputy director general Chandra Bhushan, said, “This assessment is based on our field study in Haryana, Tamil Nadu and Uttar Pradesh, as well as national level engagement with various stakeholders including farmer and farmers organisations, insurance companies and government departments.”

Across the world, agriculture insurance is recognised as an important part of the safety net for farmers to deal with the impacts of extreme and unseasonal weather due to climate change.

The hits and misses of PMFBY

PMFBY was more farmer-friendly provisions than its predecessors. It reduced the burden of premium on farmers significantly and expanded coverage. It also promoted use of advanced technologies to estimate losses accurately and accelerate payments to farmers.

The report has also identified issues like delayed notification by state governments, less number of notified crops than can avail insurance, problem with threshold yield estimation etc. that has diluted the usefulness of PMFBY.

One of the key conclusions of the report is that PMBY is not beneficial for farmers in vulnerable regions. “For farmers in vulnerable regions such as Bundelkhand and Marathwada, factors like low indemnity levels, low threshold yields, low sum insured and default on loans make PMFBY a poor scheme to safeguard against extreme weather events. Our analysis shows that farmers in these areas might not get any claim even if more than half of their crops are damaged,” adds Chandra Bhushan.

How to improve implementation

CSE has given a series of recommendations to improve implementation of the insurance scheme.

Speaking at the release of the assessment, Bhushan said: “In an era of climate change, a universal, subsidised agriculture insurance is crucial to safeguard the lives and livelihoods of farmers. But we need a farmer-friendly, fair and transparent agriculture insurance. An agriculture insurance driven by profit-motives will do more harm than good. Our hope is that the recommendations of this report will help government improve the provisions and implementation of PMFBY and make it a truly effective scheme”.