Heavy rain for rest of monsoon might complete the deficit, says IMD, but will that be enough? 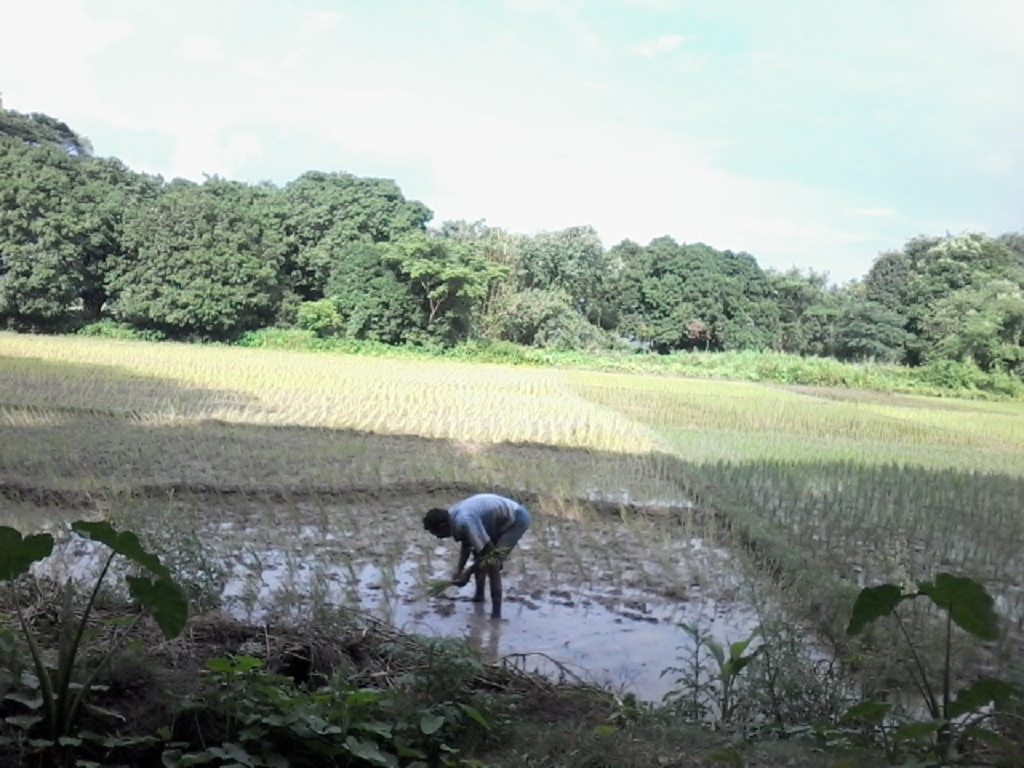 Kharif crops in West Bengal have been severely affected due to insufficient rain this monsoon season. Farmers in the state, especially in south Bengal, heavy losses as Aman paddy cultivation has been hit by rainfall deficit.

“Farmers have not been able to even sow the seeds due to the lack of rain,” said Anil Gope, a paddy farmer from Burdwan district.

Gope has 10 bighas of agricultural land. “There is no irrigation system here, so farming is completely dependent on rainwater,” he said. “If the rainfall becomes normal by August 15, I still have a chance to harvest crops. Else I will face huge losses.” A bigha of land is around 0.62 acres.

The farmer invests around Rs 60,000 on his farm every year. He will lose earnings for the entire year if there is no rain, as post-monsoon potato and mustard crops would also be affected.

Monsoon had a late start in the region this year, around June 18, which is a delay of 10 days, said GK Das, director, India Meteorological Department (IMD) in Kolkata. This year, the monsoon is estimated to officially withdraw from Bengal on October 10.

“The overall deficiency is primarily caused by two reasons: Late onset of monsoon and no low-pressure area near Bangladesh or Bay of Bengal to bring more rain to West Bengal,” he said.

Low pressures in these areas lead to heavy to mid-level rain in south Bengal. A low-pressure area was created near the Andhra coast; therefore, Andhra Pradesh and Telangana had enough rain in July, for example.

Monsoon 2022 is expected to be normal for Bengal, Das said. “However, two to three good depressions or low-pressure systems are needed for a normal monsoon,” he said.

There may be some heavy or continuous rains in the remaining days of July and all of August, September and the beginning of October, the weatherman added.

“As we are facing extreme weather events due to climate change. Continuous or heavy rainfall can help recover from the deficiency,” Das said

Major paddy-growing districts like Howrah, Hoogly, Nadia and Burdwan are already lagging in sowing this season compared to previous years.

“So far, I have not invested in Aman harvesting at all,” said Tosalia Dhabek from Nadia district’s Hanshkhali.

Dhabek has 10 bighas of agricultural land, and he usually harvests paddy on around half of it, investing around Rs 25,000.

“There is no rain and irrigation systems aren’t working as well in the absence of enough rain. Even if it rains at August-end, paddy farming is possible,” the farmer said.

“Then it will be mustard in September-October and again paddy in February,” Dhabek said. No Aman harvest will mean a huge setback for him.

Farmer Kartik Mandal from Hoogly district’s Khanakul has sown paddy seeds on three bighas of land, hoping for better rain. He has two acres where he also plants potatoes and almonds.

“I have to spend Rs 105 per litre of kerosene to run a water pump for my farm. On sowing days, the pump runs for four hours a day. This is impossible for small-scale farmers,” he said. Good rain for the rest of the monsoon will give him a chance to recover his money.

Mandal is a member of a cooperative society which gives him a loan of Rs 30,000 for Aman harvesting. He has sown 15 kilograms of paddy seeds, priced at Rs 105 per kg.

The farmer had already faced losses in his almond harvest earlier this year due to continuous rain at the end of April. Last year, he sold Rs 2,47,000 worth of almonds but didn’t even get a lakh rupees this time.

Another farmer complained that seeds are drying up due to lack of rain. “I have already sowed 22 kgs of paddy seeds on my six bighas. It will all be ruined if there is no rain. How will I survive,” asked Manotosh Dolui from Howrah district’s Amta.

“Even irrigation systems need some good rain,” he said.

Like Mandal, Dolui also faced losses in his mustard and almond nuts.