Farmers cannot escape the impact of global trade regimes. The lack of a safety net makes it worse 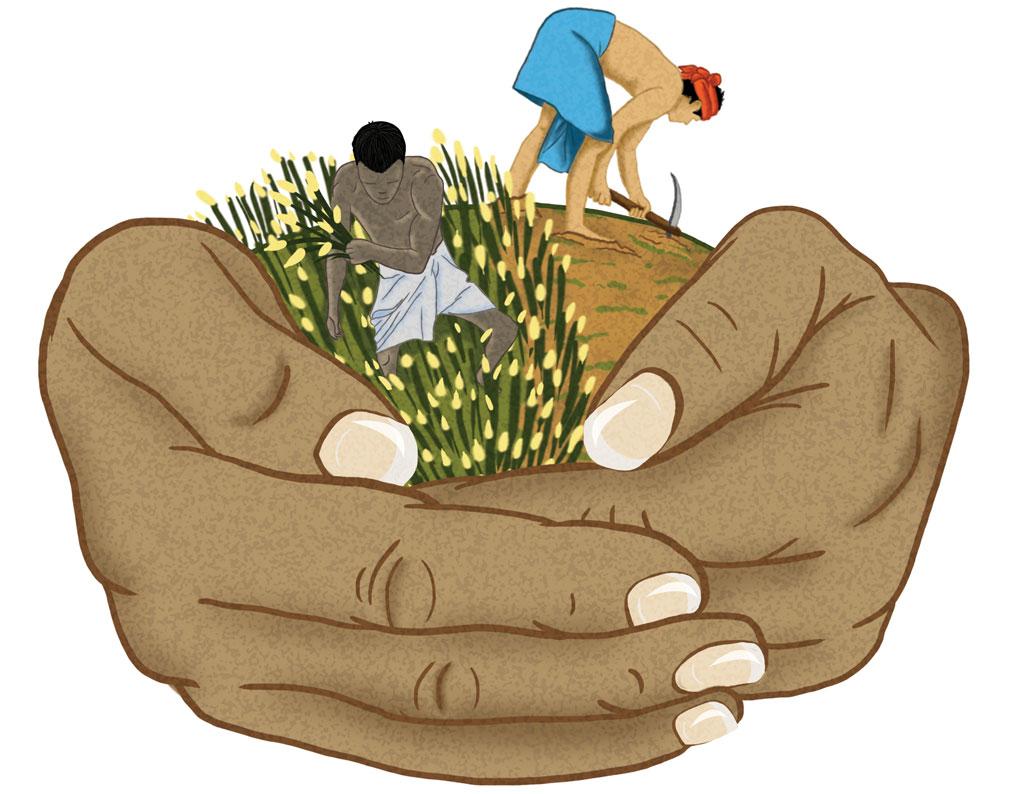 It is often asserted that the Indian agriculture is highly protected. Direct and indirect subsidies together make for US $30 billion a year. These subsidies protect the farmers’ interest by ensuring that crops are procured at a given price. It is also assumed that the government’s import tariffs are high and the plethora of rules make it difficult for the private sector to profit from doing business in agricommodities. However, today Indian agriculture is well aligned to global trade regimes and international events are leaving their footprints in the domestic market.

In the middle of May 2017, the future contract of cotton suddenly rallied at the Intercontinental Exchange in the US. This was unusual given that global reserves were adequate and sowing in the current season was expected to expand globally by almost a percentage point. When market fundamentals behave abnormally, the possibilities of speculation are high. The market regulator, therefore, increased the margin requirement, which is a percentage that an investor must pay for with her/his own cash. The market cooled down within a few days confirming that speculation indeed was at play.

Cut down to India where cotton is grown by millions of farmers and was removed from the Essential Commodities Act, 1955, in 2007. In the absence of the government’s role in regulating prices of cotton, global prices are reflected locally, including the domestic commodity futures markets, where prices went up during the same period.

The domestic futures markets cooled down slowly, but by that time the speculation-driven global price signal prompted the price-responsive farmer to react. Today, cotton acreage is almost 30 per cent higher than last year. With 5 million bales of inventory and another 35-40 million bales of production expected this season, a subdued domestic and export demand is going to push prices down further.

Regulation is a must

Soybean is an important source of edible oil and soymeal is a major forex earner. International soymeal prices are roughly 20 per cent lower than last year’s. While the rupee has appreciated, currencies of competitors—Brazil and Argentina—have depreciated. Normally, the prices of agricultural commodities are higher at the beginning of the season and cool down as harvest approaches. But for the first time in recent history, the domestic price of soybean during the sowing season this year is lower than the price that prevailed during the last harvest season. In fact, the prevailing price is even lower than the minimum support price (MSP).

Little can be done in the case of cotton apart from bracing for a glut later this year. If effective ways to deal with this are not planned and executed right away, we are likely to witness a spate of suicides by cotton farmers during the harvest season. Since bulk of our edible oil is imported, increasing import tariffs will elevate domestic prices, thus enabling oil extractors to pay a higher price to farmers. Unfortunately, no such policy decision seems to be in the offing.

Regarding pulses, a substantial quantity of which is also imported, the government announced a major hike in its MSP. This pushed the production of pulses by 50 per cent last year. The government also procured some pulses from farmers but did not increase the import tariffs in anticipation of a rich harvest. A record production accompanied by unhindered imports has dipped the price of pulses to nearly two-thirds of last year’s level. When the import tariffs were raised in May 2017, the damage was already done. Farmers reverted to a reduced sowing of pulse this year. Soon India will again depend on imports. The global pulses market is quite thin and high import dependence exposes the domestic market to frequent price spikes as witnessed in the past years.

Cotton, soybean or pulses are not isolated cases. Global markets are increasingly influencing domestic prices across a range of commodities. Deregulation of markets might sound fanciful but opening up the farm sector would be playing havoc with the livelihoods of farmers. Every month, the Food and Agriculture Organization (FAO) publishes the Food Price Index, which is a measure of change in international prices of a basket of food commodities. From a historic high of 229 in 2011, the FAO index hit 156 in May 2016, the lowest in the last 10 years. High food prices hurt the poor the most and this is where safety nets like the public distribution system play an important role. Conversely, low food prices impact farmers’ income but there are hardly any safety nets available to them.

Exports and imports, both ail farmers

Depressed international food prices have impacted India’s exports of agricultural commodities as well. From a high of $43 billion in 2013, exports dipped to $33 billion in 2016. Imports have spiked from $15 billion to $25 billion, thereby, further depressing domestic prices. Farmers have been hit twice over and the impact is distinctly visible this year. FAO’s food price index subsequently climbed steadily from a low of 156 in May 2016 to 172 in May 2017. The key drivers of this global price rise are meat, dairy and vegetable oils. The meat export sector is being steadily dismantled in India while international cereal prices, including rice, have dipped. The two together comprise almost 30 per cent of India’s agricultural exports. Dairy products make up barely 2 per cent of the exports, while 75 per cent of the edible oil consumed is imported. This phase of a rise in global food prices is unlikely to translate into any gains for the Indian farmers.

The year-on-year prices of vegetables, oilseeds and pulses have fallen by anything between 20 and 30 per cent across the country. These also are commodities for which market intervention by the government is not very high and free market principles usually prevail. On the other hand, despite a 5 per cent increase in production of both wheat and rice, their prices are within a tolerable range. The year-on-year fall in wheat price is less than 5 per cent while the price of rice has gone up due to the fast pace of government procurement, a steady flow of exports and prospects of a diminished secondary rabi harvest. This underlines the importance of the government in regulating markets. Keeping inflation under control is important but a massive deflationary pressure in food markets, as is being experienced now, will push farmers out of farming.

Booming agricultural exports gave an impression that the Indian farmer was ready to compete in global markets. But it is imprudent to expect farmers to respond to the complicated global commodity markets. The protection that Indian farmers are provided becomes notional in the absence of their ability to adapt to global trade regimes. The need is for a public sector agency in India to analyse and publish advisories on international commodity markets that have a bearing on domestic markets and farmers.