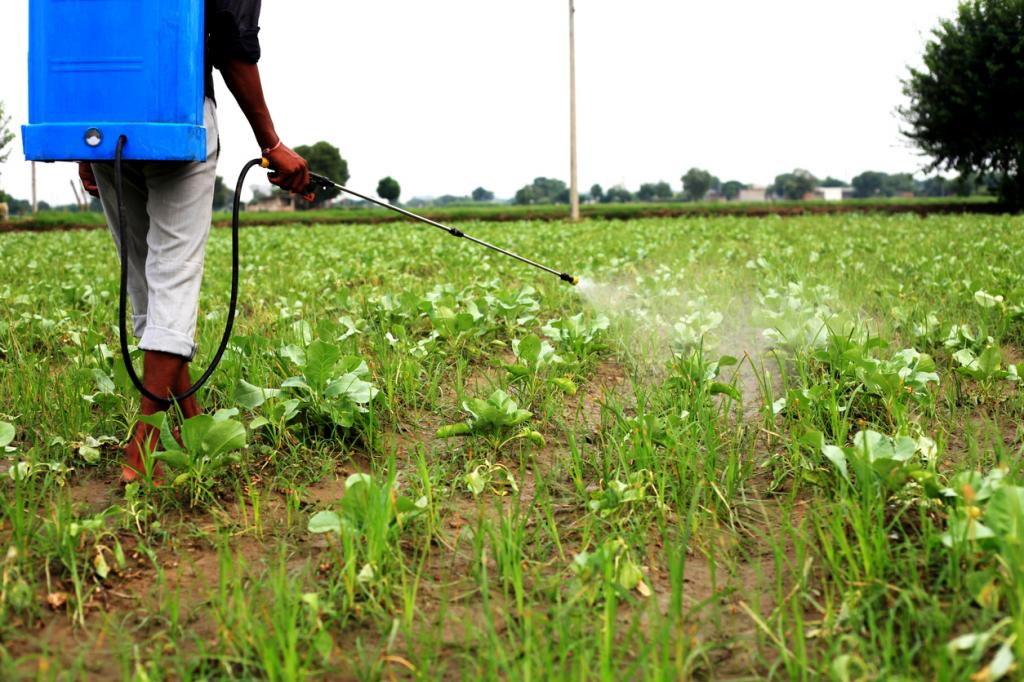 International trade of two new hazardous pesticides — Iprodione and Terbufos — has been recommended for “prior informed consent” (PIC) procedure under the Rotterdam Convention. The chemicals are dangerous for humans and aquatic animals.

The PIC procedure is a mechanism for formally obtaining and disseminating the decisions of importing parties on their willingness to receive future shipments of hazardous chemicals.

In India, the use of these chemicals was permitted by the 2015 Anupam Verma committee report.  The country is among the largest exporters of Terbufos.

Iprodione, a fungicide used on vines, fruits, trees and vegetables, has been classified as carcinogenic and toxic for reproduction.

Terbufos is a soil insecticide used commonly on sorghum, maize, beet and potatoes. It has also been found to pose risk to aquatic organisms due to its toxicity.

Both the pesticides, which are used in agriculture, are known for their harmful impacts on human health and the environment.

The decision guidance documents on these pesticides prepared by the committee were adopted at the meeting.

The 17th meeting of the chemical review committee (CRC 17) had recommended these two pesticides for listing in Annex III to the Rotterdam Convention and had decided to prepare the decision guidance documents after that.

Annex III includes pesticides and industrial chemicals that have been banned or severely restricted for health or environmental reasons by two or more parties.

After being recommended for Annex III, the chemicals are subject to PIC procedure. The list will include 54 chemicals after Ipridione and Terbufos are added to it during the 11th Conference of Parties to the Rotterdam Convention.

The two chemicals have been included in the PIC procedure as “pesticides” based on the decision guidance documents approved by the chemical review committee.

These documents reflect the information provided by two or more nations or parties to the convention, in support of their national regulatory actions to ban or severely restrict the chemical

Iprodione was listed under ‘PIC procedure’ on the basis of the final regulatory actions to ban its use, notified by the European Union and Mozambique.

Terbufos was listed on the basis of the final regulatory actions to ban its use, notified by Canada and Mozambique. It is extremely hazardous for human health, according to the World Health Organization.

Iprodione was used for control of fungal diseases in carrots and lettuce in the EU. It was banned in the region in March 2018.

Disposal, storage, placing on the market and use of existing stocks of plant protection products containing iprodione was also prohibited as of June 6, 2018.

In Mozambique, Iprodione was used as fungicide in vines, fruit trees and vegetables. Terbufos was used as insecticide on maize, sorghum, potato and beans.

Both were banned by Mozambique in March 2014, as recommended by the National Directorate of Agrarian Services (the pesticide registration authority) in a report. Titled Reducing Risks of Highly Hazardous Pesticides in Mozambique, the report identified Iprodione as carcinogenic.

Improper use of these two hazardous products was also behind their ban in Mozambique.

In Canada, Terbufos was used as an insecticide and nematicide on canola, corn, mustard, rutabaga and sugar beet. It was prohibited from August 1, 2012 to protect the environment.

The high-risk nature of terbufos was recently acknowledged in a study published in the Nature journal in May 2022.

CRC 18 has also recommended two other pesticides, paraquat and methyl bromide, to be listed in Annex III.