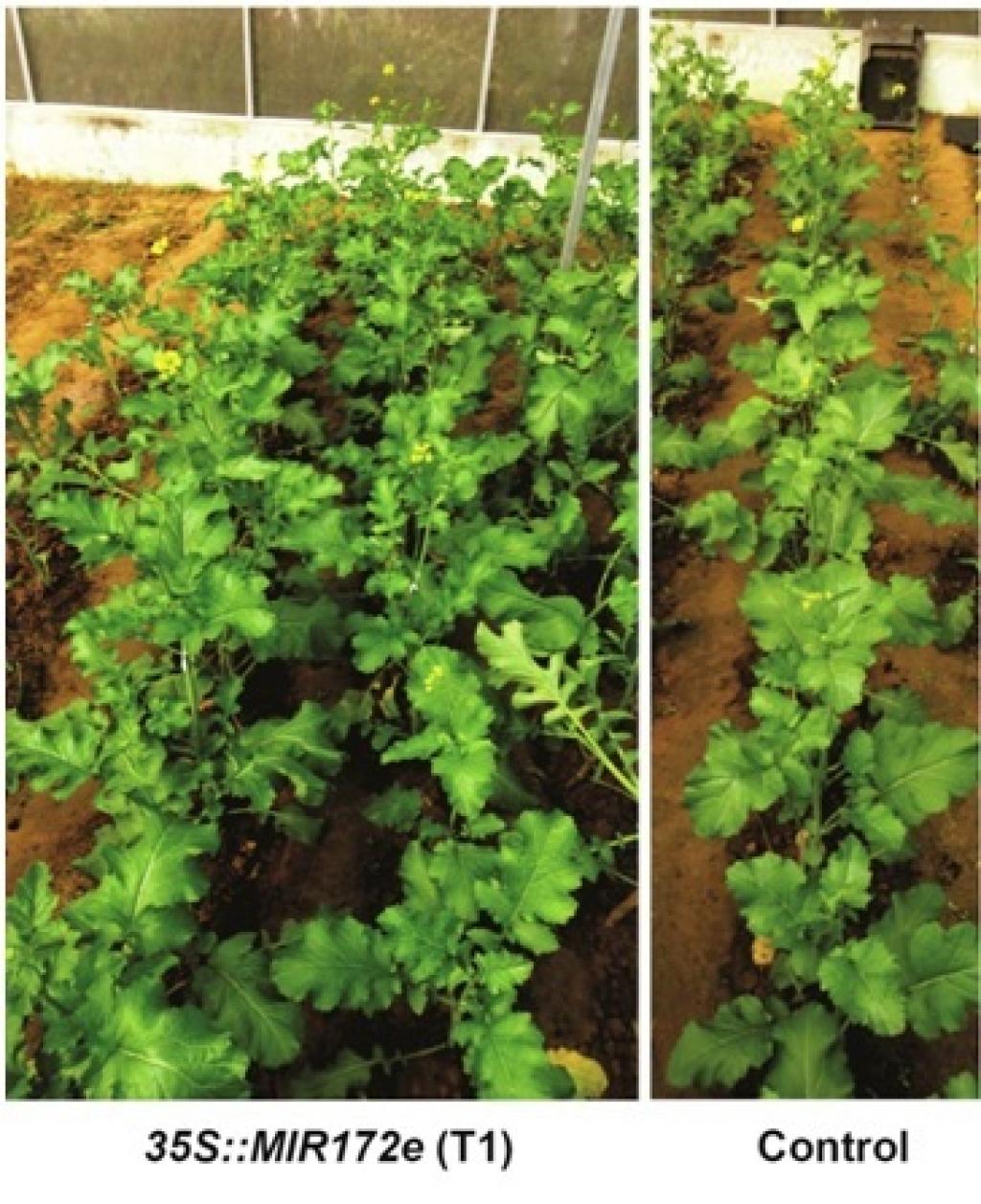 The work is important as Indian mustard is a major oilseed crop in the country and due to changing climate the number of cold days required for full plant cycle has shrunk. Scientists have been working on improving crop varieties by modifying plant genes to make them more adaptable changing climate. Early flowering and maturing varieties can help cope with climate change, without compromising on yields.

Researchers led by Dr. Anandita Singh figured out the role of a regulatory gene, called MIR172 belonging to the micro RNA family, that is present in functionally varied forms in Indian mustard (Brassicajuncea)and is responsible for a number of traits including timing of flowering. In plants, this microRNA enacts by negatively regulating the expression of some protein-coding genes involved in flowering time.

By increasing the expression of this microRNA, the researchers have developed an early flowering transgenic plant of Indian mustard cultivar Brassica junceacv. Varunaand shown that by manipulating flowering time, one can develop a plant variety with shorter life cycle and thus help have better yields through reduced exposure to the harsh climatic conditions in the fields.

“Given the diversity in evolutionary lineages of Brassica MIR172 candidates that were discovered in our study, it will be interesting to characterize the entire range of natural variants of Brassica MIR172 by altering, modulating or tinkering the expression levels and pattern of these genes and studying the impact/outcome in the plants,” Dr Singh explained while speaking to India Science Wire. She said “we have good reasons to believe that novel natural alleles of Brassica MIR172 are both a blueprint and a valuable resource of favourable agronomic traits to be transferred into elite crop varieties.”

Apart from MIR172, the research group is studying several genes that affect other traits that might be useful in generating better varieties. “Analysis of transgenics in natural field conditions showed that most Brassica genes govern several dependent and independent agronomic traits. Changing one trait to achieve a favourable out-come may offset another trait. Thus, future studies will involve careful optimization of gene levels for minimizing trait trade-offs,” Dr. Singh added.

Dr. Sunil Mukherjee, NASI Senior Scientist at the Department of Genetics, University of Delhi South Campus, who was not connected with the study, feels the study is important. “Most crop plants are polyploidsor having multiple copies of a gene in nature and a longstanding question in biology is how polyploidy influences geneexpression. This research is a welcome move in this direction as MIR172 has been used as a probe in Brassica polyploidy and structural variants of MIR172 family have been nicely portrayed. It has also been shown that family members are functionally different and polyploidy affects gene outcomes.”

The research team included S M Shivaraj and Aditi Jain, besidesAnandita Singh from TERI School of AdvancedStudies. The research results have been published in journal Molecular Genetics and Genomics. This work was supported by the Department of Biotechnology.