Agriculture is a crucial safety net in the rural areas, and its loss may increase internal and external migration 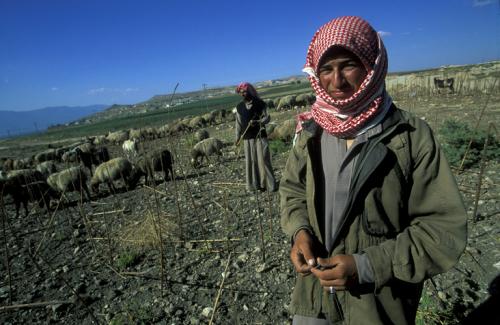 A six-year-long civil war in Syria has crippled agriculture in the region, which remains a crucial part of its economy to date. The sector accounts for an estimated 26 per cent of gross domestic product (GDP) and represents a critical safety net for the 6.7 million Syrians who still remain in rural areas.

Despite being a critical safety net for the 6.7 million Syrians, the impact of war on agriculture sector is not clear. A new analysis by United Nation’s Food and Agriculture Organization (FAO) tries to put things in perspective.

In a report titled “Counting the cost”, FAO has estimated that US$16 billion has been lost in terms of production, along with damaged and destroyed assets and infrastructure within the agriculture sector. Further, initiating recovery of the sector will cost between $11-17 billion.

Researchers used data collected through survey and group discussions, along with secondary data from the government for their analysis.

As per the report, agricultural production has experienced significant loss, particularly affecting rural farming and herding families. War has destroyed large stretches of agricultural land. Even for the parts that remain, farmers face shortages of inputs like seeds and fertiliser. Agriculture infrastructure has also been damaged, leaving irrigation structures, storage facilities and equipment unusable.

Soaring prices and lack of funds have pushed 75 per cent of the households to grow their own food (entirely or in parts). In addition, 90 per cent households spend over half of their income on food, as per FAO’s analysis.

The loss of crops and food in wartime has also been massive. Crops worth $903 million have been lost and this accounts for 13 per cent of total recorded damage to the agriculture sector. The damage, says the FAO report, may have been under-reported.

Livestock was a significant part of Syrian economy before the crisis, contributing 40 per cent of the total agricultural production and generating 20 per cent of rural employment. Impact of the civil war of livestock has been billed at $5.5 billion. Ownership of all livestock has decreased since the war began: in case of cattle by 57 per cent, sheep by 52 per cent, goats by 48 per cent, and poultry by 47 per cent. Most commonly cited reason for livestock reduction is their sale for generating income.

The FAO report also called for more aid for Syria, saying that 94 per cent of the community felt increased support for agriculture can curb migration. It estimated that humanitarian aid worth $5 billion is needed annually in the region. Arguing for the need of support, FAO says, “If productive farming areas are neglected, more people will be forced to leave already depopulated rural areas making eventual recovery harder, longer and more costly to achieve.”