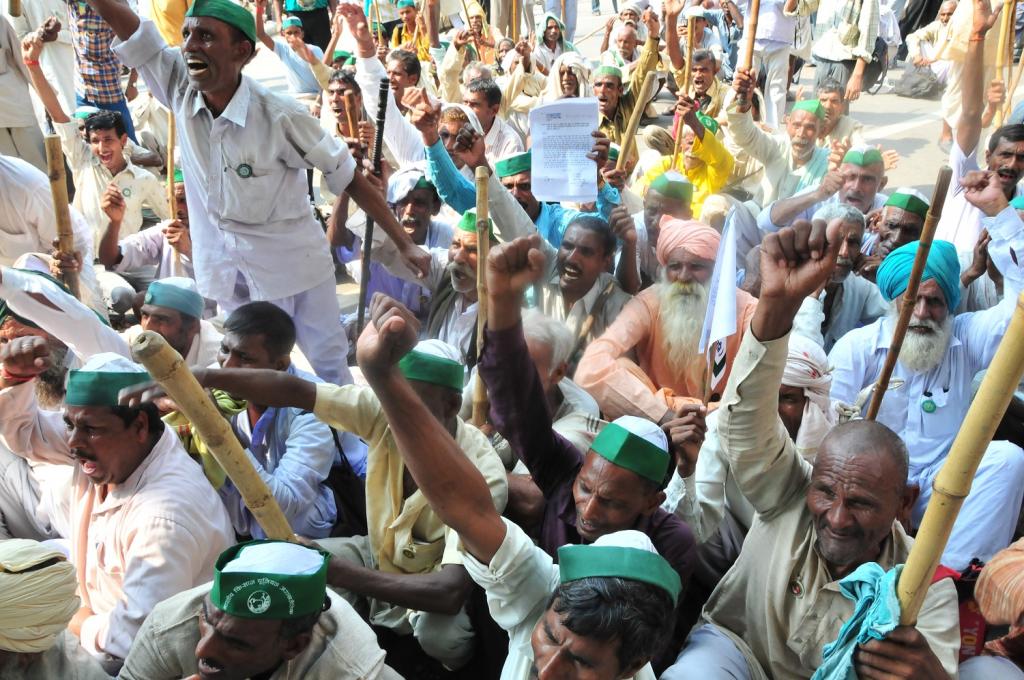 Several others were injured during the firing. Credit: Meeta Ahlawat / CSE

Six farmers were reportedly shot dead while many others were injured during a firing at farmers' protest in Mandsaur district of Madhya Pradesh today (June 6). These farmers were protesting against government for not providing them enough relief from rural distress. Similar protest by farmers is going on in neighboring Maharashtra with same almost same list of demands.

Among the deceased are Kanhailal Patidar of Chilod Piplia, Bablu Patidar of Takrawad, Surendra Singh of Reecha Badri and Kemram, according to preliminary reports. Following the incident, the government has imposed ban on internet facilities in districts such as Mandsaur, Ratlam and Ujjain. Chief minister Shivraj Singh Chouhan announced a compensation of Rs 1 crore and a job to the next of kin of each dead and Rs 500,000 and free treatment to those injured in MP.

It should be noted that Maharashtra and Madhya Pradesh are witnessing intense protest against government apathy towards farmers. These farmers are demanding loan waiver and also higher prices for their produce like onion and pulses.

Though the home minister of Madhya Pradesh Bhupendra Singh denied any firing from police, he said in a statement that police will take strict action against those who are misguiding farmers and creating law and order problem. He has ordered inquiry.

DTE tried to speak to O P Tripathi, Superintendent of Police in Mandsaur district, to know further details about the incident, but he did not answer the call.

These farmers have been organising protest since June 1 and had a plan to continue it till June 10.

There are reports that the farmers association had a meeting with CM Chouhan on Sunday. Following this, one faction, Bharatiya Kisan Sangh, associated with Rashtriya Swayam Sewak Sangh, had called off the agitation. However, other group has continued its protest.

On Monday (Jube 6), chief minister Chouhan has assured farmers about purchasing onions for Rs 8 per kg from them and creating Rs 1,000-crore price stabilisation fund. But farmers refused to end their protest.

Similar protest is going in Maharashtra where farmers are demanding loan waiver, minimum support prices at 50 per cent over cost of production, interest free credit, higher prices for milk and pension for old farmers.

The origin of these protests can be traced in recent announcement of loan waiver by the newly elected BJP government in Uttar Pradesh. The same party is ruling in Madhya Pradesh and Maharashtra too.