To future-proof our crops from drought, look to the Australian deserts

Why not use Australia's deserts to develop the next generation of drought-resistant crops? 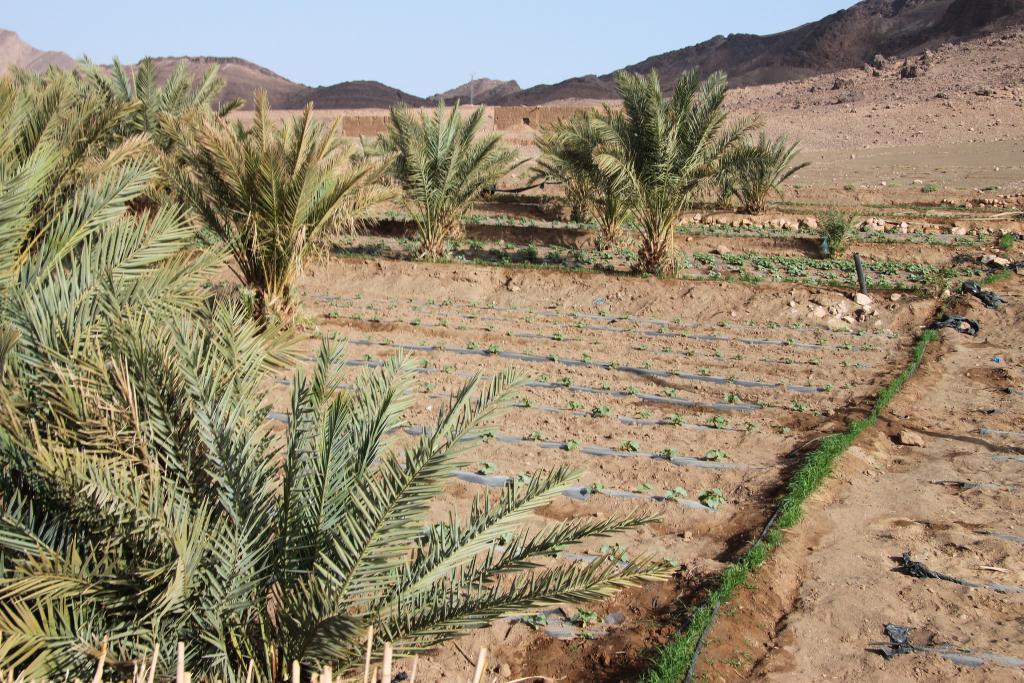 Stress-tolerance strategies that evolved in desert plants can be applied to crops in other geographies. Credit: Richard Allaway/Flicker

It was in the mid-20th century when the American agricultural scientist Norman Borlaug showed us how to make wheat and rice stems shorter, to increase their yield. He’s often referred to as the Father of the Green Revolution and his breakthrough meant food was suddenly more abundant across much of the world.

For example, Mexico had a 300% increase in wheat production attributed in part to Borlaug’s work. Later, India and Pakistan had a 60% increase in their harvests, helping both countries to become agriculturally self-sufficient.

Thanks to other advances, such as vaccines, people started living longer and healthier lives.

The human population responded to this boon by catapulting from 2.6 billion to 7.3 billion in just 60 years. It continues to rise by about 80 million per year.

The heat is on

But things are warming up. Atmospheric carbon is at 400 parts per million, the highest it has been since the Pliocene era 5.3-million to 2.6-million years ago.

Despite the massive human population increase in the past 20 years, the amount of farmed land used to feed these people has not increased. In fact, it has decreased slightly to 1.4 billion hectares.

As towns, roads and factories take over established farming land, it is becoming increasingly difficult to find suitable land on which to develop new farms. Most of it has already been developed.

The rate of annual increase of the international cereal crop is falling, although the actual tonnage harvested is still rising.

Future climate scenarios predict that many croplands will soon be subjected to less rainfall and higher temperatures. That means the area of prime farmland will shrink and the area of marginal farmland will grow.

The big four staple crops of the world – those that feed most people – are wheat, rice, soybean and maize.

These crops each have different relative tolerances to abiotic stress – those stresses not caused by pests and pathogens but by factors such as drought, heat, soil salt, frost and so on. But these crops are generally not well adapted to marginal farmlands.

Traditional crop breeding, which involves sexual crossing of different varieties and closely related species, has failed to deliver the quantum increases in abiotic stress hardiness in the big four crops.

Our research is exploring routes beyond traditional ones to deliver tougher crops for a hotter, drier world.

Learn from the desert plants

What can we do to future-proof our crops? How can crop production be increased by another 44% to feed the 9.3 billion people expected to be alive in 2050? How can it be done again by 2100 to feed 12 billion?

This must be done while using the same or even less farmland and under increasingly challenging climatic conditions. This is where a knowledge of desert plants may help. Australia’s desert plants are the Bear Grylls of abiotic stress tolerance. They live under extremes of drought, heat and inhospitable soils. They also cope with the surprisingly frequent frosts that occur under clear desert night skies.

The plants that thrive in Australia’s ten named deserts today are those that have weathered every record-breaking drought and heatwave for the past 1.5 million years. Those that failed are dust or fossils.

Although quite a lot is known about how crop plants cope with periodic stress, far less is known about the suite of mechanisms that desert plants employ every day.

Although the deserts would seem to be obvious places to look for novel strategies to protect crops living under hotter dryer conditions, this is not a well-researched area. This is because much of the Australian flora from those regions is not closely related to the exotic plant species we grow for food. The best-case scenario is that stress-tolerance strategies that evolved in desert plants can be applied to crops; under climatic conditions that kill today’s crops, the new traits will maintain or increase grain yields. This is not likely to be a straightforward task.

Where beneficial traits are encoded in DNA, recombinant DNA technology will be used to transfer new genes into crops, after satisfying the Office of the Gene Technology Regulator and other regulatory bodies that they are as safe as other genetically modified (GM) and non-GM crop plants.

The flora and fauna of Australia are potentially an innovation goldmine. Plant scientists from other countries have already anticipated this. They are feverishly collecting large numbers of Australian desert plants and shipping them back home.

This research could be done anywhere in the world, but I think it should always be done in close collaboration with Australian universities and government research organisations. Positive outcomes of this research will benefit the world, as Borlaug’s dwarfing genes did.

Desert areas everywhere in the world face threats from destructive human exploitation. Many Australian people and governments still see deserts as barren wastes, but they are far from that.

Conservation of large parts of the remaining pristine desert areas in Australia must become a high priority. Preserving desert biodiversity is essential for the intrinsic values and ecosystem services they already provide, and because they may play a role in saving billions of people from starvation.