Treasure in excreta: Fast-depleting phosphorus can be extracted from faecal sludge

India needs more nitrogen, phosphorus and potassium for its agriculture 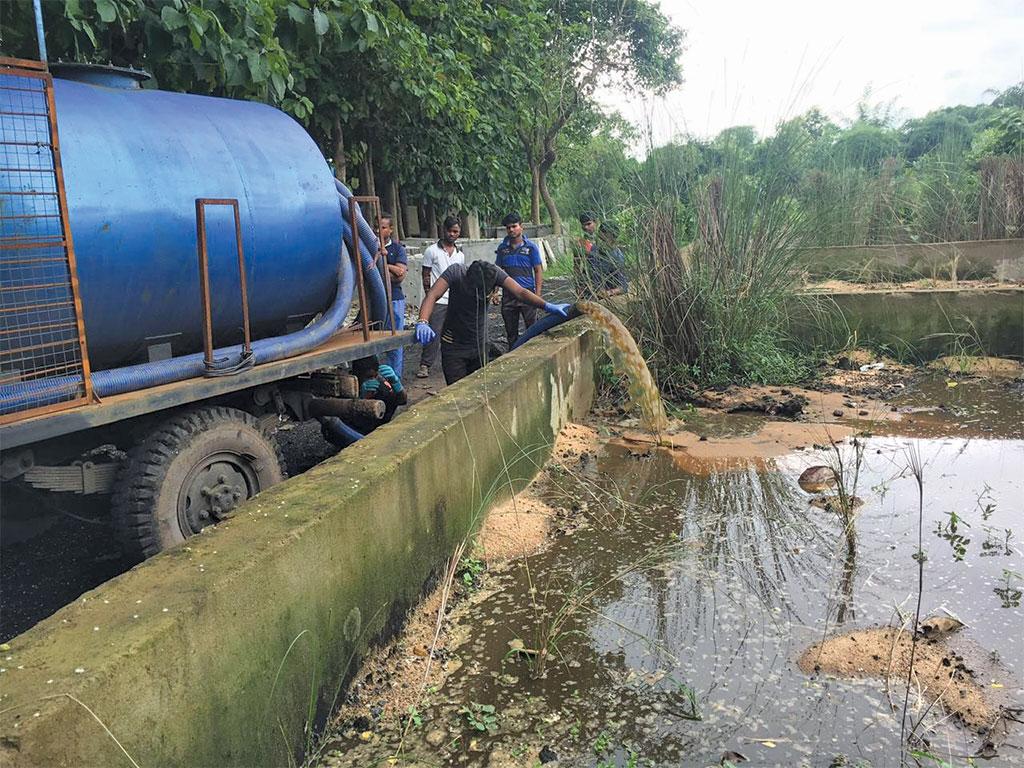 How close is the world to “peak phosphorus” — that point in time when production of phosphorus will reach its maximum and it will get harder to access it? The answer to this question is crucial as its availability influences a country’s food security.

Presence of phosphorus is essential in soil for crop growth and its shortfall can result in reduction of crop yield. But the reserves of phosphate rock, the main source of the element is fast depleting.

With an annual increase of 2.3 per cent in its demand, phosphorus reserves will most likely get exhausted in another 50 to 100 years, states a 2015 study by professors of the West Bengal State University, Kolkata.

Phosphate rocks are concentrated in Morocco, Western Sahara, China, the United States, Russia and West Asia. Therefore, most of the world, including India, has to import it. In 2018, Diammonium phosphate constituted 28 per cent of India’s fertiliser import. Researchers point out that the world will reach “peak phosphorus” in 2030.

By this time, India’s population is expected to reach 1.5 billion. How will we sustain food production with the shortage of such a crucial element?

An important phosphorus resource from where a huge reserve can be generated has been largely ignored. Human excreta is indiscriminately disposed into drains every day.

“The solid matter that humans excrete is largely organic. It contains carbon, phosphorous and a whole lot of other nutrients. We consume these nutrients in the form of food. Leafy vegetables, for instance, have phosphorus,” says Vijay Athreye, founder of FINISH Society, a non-profit that works on waste and sanitation.

In one day, a human being produces 30 g of carbon, 10-12 g of nitrogen (N), 2 g of phosphorus and 3 g of potassium (K) through human excreta, according to the International Water Management Institute, Colombo. With India’s 1.3 billion population, the country produces 53 million tonnes of dry excreta per year.

India has an ambitious plan to double farmers’ income by 2022. NITI Aayog has therefore, issued a statement that India must increase its fertiliser (NPK) availability by 38 per cent or 36 million tonnes. This can be achieved if India becomes NPK self-sufficient.

Intelligent use of faecal sludge can organically improve soil quality and help farmers improve their income. Pilot projects in different parts of the country are attempting to turn human excreta into NPK-rich fertiliser. For instance, in Talcher, Odisha, FINISH Society set up a Sewage Treatment Plant (STP) in November 2018.

A part of the city’s faecal sludge was brought to the STP. Faecal sludge has three to five per cent solids, the rest is water. The STP separated solids from water in a wetland comprising gravel and sand. The filtered wastewater was treated and used to recharge groundwater. Dry sludge was extracted and mixed with dry leaves for co-composting. It takes three to four months for the waste to compost.

The non-profit will be ready with the first batch of compost soon. The final product will be tested for its nutrient and pathogen content. After this, the compost will be sold to farmers. When the project is fully functional, the non-profit hopes to get 30 to 40 tonnes compost per cycle.

In Tamil Nadu’s Nilgiri district, a similar project was started in 2018 to use recycled water for agriculture. It also helped treat and reuse faecal sludge as co-compost for farming. Started by Rural Development Organisation Trust, along with FINISH and WASTE, it now sells compost at Rs 8 per kg to replace chemical fertilisers, which costs Rs 15 per kg.

Impressed with the model, Niti Aayog has written to chief secretaries of all states to explore its prospects. Its implementation can solve another big problem for India. When the country became open defecation-free in October 2019, the next big concern was infrastructure for faecal sludge management. Projects such as those in the Nilgiris and Talcher can help create a circular economy in sanitation — safe collection, treatment and reuse of faecal sludge.

Indiscriminate use of chemical fertilisers reduces soil health by killing the microorganisms that nourish it. The average organic carbon content in soil — an index for soil health — is a low 0.3-0.4 per cent, according to Indian Council of Agricultural Research. This is well below the acceptable 1-1.5 per cent.

Farmers get caught in a vicious cycle when they use chemical fertilisers as it degrades soil quality, which, in turn, escalates input use. National Academy of Agricultural Sciences says that NPK use ratio stands skewed at 6.7:2.7:1. The ideal nutrient use is 4:2:1. This is happening more in high urea consuming states, indicating urgent need for restoring soil nutrient balance.

India needs to make policy changes to extract nutrients from faecal sludge, as this will serve the dual purpose of reducing its dependency on imports for phosphorus and improve soil health, thus boosting farmers’ income.