Tribals, widows, farm hands, farmers from all over India reach Delhi with their demands

Fagun Otti knows it is a long battle. But he is in Delhi to fight. “We came here to get our land patta” says Fagun Singh Otti. The 60-year-old marginal farmer has taken such an arduous journey—from his Bastar home to Capital Delhi—for the first time.

Before joining fellow farmers at the designated assembly point near Nizamuddin railway station, he has to rush to grab a bite at a nearby Gurudwara. Yet, he stops to explain how the Scheduled Tribes and Other Traditional Forest Dwellers (Recognition of Forest Rights) Act, 2006 wasn’t being implemented in his state Chhattisgarh.

Otti is not alone. Hundreds like him—farmers, farm labourers, tribal villagers, farm widows— from across the country are gathering at the Gurudwara’s sprawling campus Thursday, ready to walk to Ramlila Maidan, for the Kisan Mukti march. 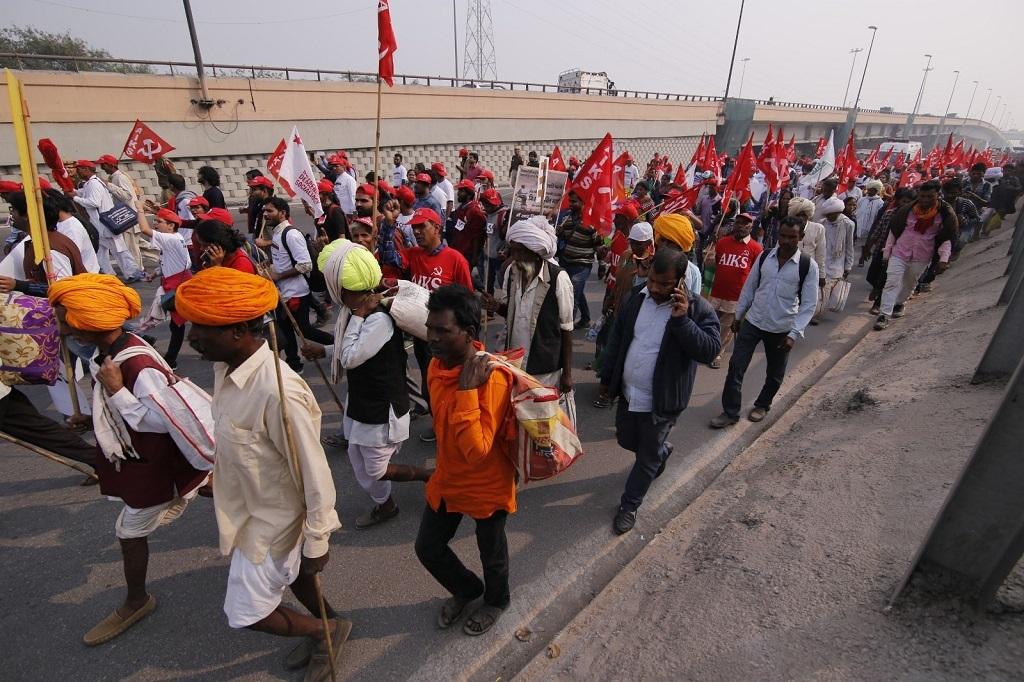 Apart from Nizamuddin, there are four other assembly points in different corners of the city. On Friday, they will all march towards Parliament to press their demand for a joint parliamentary session to discuss the country’s agrarian crisis.

Men and women, carrying flags—a sea of red, with some green ones as well as some banners of state-level organisations—luggage on their heads, move steadily towards the historic ground in central Delhi. They raise slogans against the government.

“The agrarian crisis has now moved beyond crops to become a social crisis,” says P Sainath, senior journalist and one of the organisers of the march. “Every social group is now impacted by this crisis that needs to be addressed at the earliest,” he adds.

There is a multitude of issues like the one of forest rights that Otti raised. “We have to clear an electricity bill of Rs 12,000,” says Nakle Ram from Jhabua. He is among more than a hundred tribal farmers from the Madhya Pradesh region who find it difficult to enter the Rabi farming season with heavy pending bills. 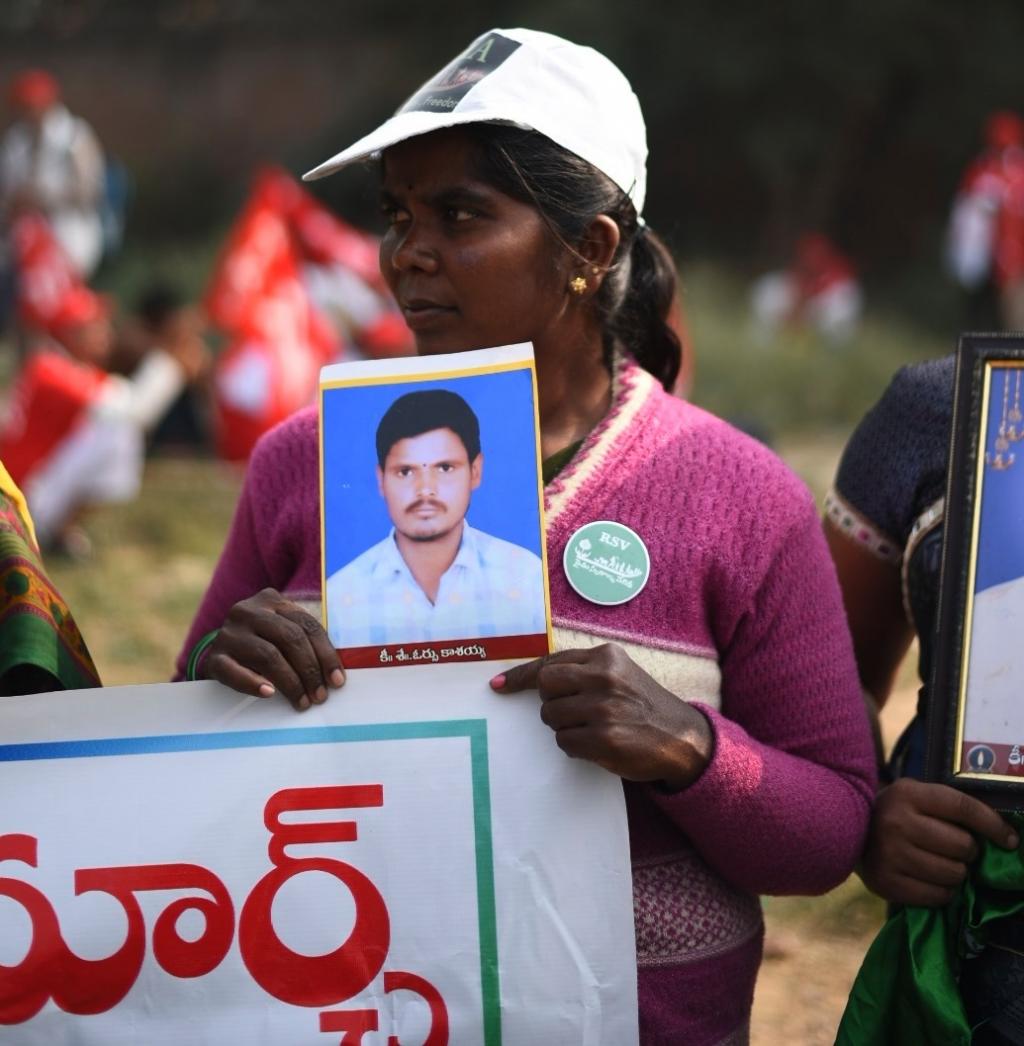 A group of women farmers want land rights and recognition as farmers to access banking and insurance. “We want a law for the rights of tenants farmers to make our agriculture viable,” says a woman farmer from Telangana.

Several women carry framed photographs of their farmer husbands who committed suicides. They seek better compensation and a rehabilitation policy for farm widows.

And a common demand is the right price for farm produce and implementation of the MS Swaminathan Commission report.

As the protestors get ready to spend the cold Delhi night at the Ramlila Maidan, there has been no response from the Narendra Modi government. Union Agriculture Minister Radha Mohan Singh was in Ranchi to inaugurate a ‘global agriculture and food summit’. His suggestion for the farmers: Increase productivity with the help of different government schemes.