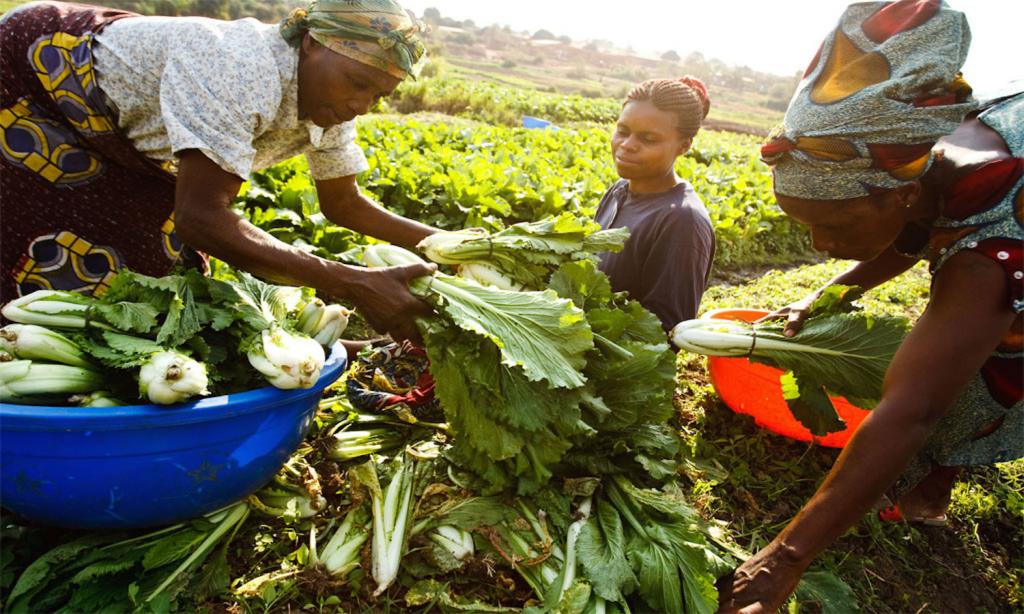 Most agricultural policies fail to consider differences in the resources available to men and women, their roles, labour burdens and the constraints they face. Credit: Wikimedia Commons

The United Nations launched a new initiative to build climate resilience of a million women and youth in the Sahel region of Africa through climate-smart agriculture at the One Planet Summit held in France last week. The initiative “Climate Smart Agriculture Programme” by UN Women is among 12 initiatives that were showcased at One Planet Summit on behalf of UN systems.

Women’s Empowerment through Climate-Smart Agriculture is one of UN Women’s flagship initiatives designed to ensure that UN Women can deliver on the Sustainable Development Goals (SDGs). This programme will support national governments to address multiple SDG targets across multiple goals. Combating climate change and environmental degradation have been identified as a priority.

Women make up more than 40 per cent of the agricultural labour force in the Sahel region and they play a crucial role in enhancing food security and nutrition. In most places with high prevalence of undernourishment, women farmers have significantly less access to land, information, finance and agricultural inputs in Sahel. This makes them more vulnerable to climate shocks, and affects health and the food security of the entire household. Lack of employment, on the other hand, puts youth at risk of terrorist recruitment.

Agriculture remains one of the most important areas of women’s work globally with more than one-third of the employed women being engaged in the agricultural sector. Yet women farmers face a number of key structural barriers that limit their access to land, information, finance, infrastructure, technologies and markets. Closing the gender gap in agriculture through informed investments represents a huge opportunity for women’s empowerment, economic development and societal resilience.

Most agricultural policies and investments still fail to consider differences in the resources available to men and women, their roles, labour burdens and the constraints they face. In the absence of concerted efforts to address gender gap in agriculture in the context of a changing climate, women farmers are at risk of being trapped in a downward spiral.

It has been estimated that equalising access to inputs could increase agricultural outputs by up to 20 per cent in Africa. However, a changing climate means that there is a shrinking window of opportunity.

Increasing productivity and incomes without damaging the environment;

UN Women’s initiative on climate-smart agriculture aims to transform livelihoods of a million people by doubling their income in three years. This focuses on following components:

Initially, the programme will be launched in 12 to 15 pathfinder countries in sub-Saharan Africa. It is expected that the methodologies and experiences will be adapted and extended to self-starting countries.

This initiative is a programme of the United Nations Integrated Strategy for the Sahel (UNISS) and the G5 Secretariat. The participating UN agencies are the UN’s Food and Agricultural Organization, the International Fund for Agricultural Development, the UN’s children’s organization UNICEF, UN Women, the World Food Programme, the International Organization for Migration, the UN Population Fund, the UN Office for the Coordination of Humanitarian Affairs, and the UN Development Programme, under the umbrella of the United Nations Office for West Africa (UNOWAS).