In the past few years, thousands of illegal shrimp rearing ponds have come up in East Godavari district, damaging fertilie soil and groundwater 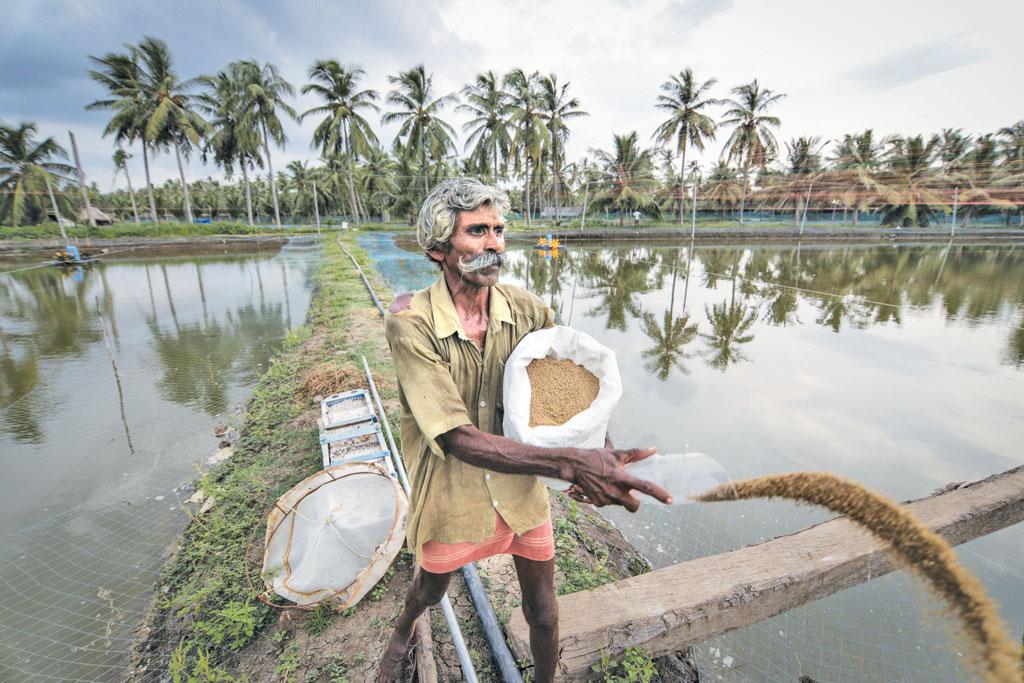 G SREENIVAS GROWS paddy twice every year on his 0.3 hectare (ha) farmland in Dugdurparly village, East Godavari district, Andhra Pradesh (AP). But for the past one year, he hasn’t been able to grow any¬thing even though his village lies in the Konaseema region, one of the most fertile plains in the country. The reason: Sreenivas points to an illegal shrimp rearing pond right next to his farm. The extremely salty water in the pond, while suitable for shrimp rearing or brackish aquaculture, seeps into the soil, reducing its fertility and contaminating groundwater—the only source of water in this village.

In the past few years, thousands of such ponds have come up in East Godavari district, and many of them are illegal. An official from the state fisheries department who spoke to Down To Earth (DTE) on the condi¬tion of anonymity says that in East Godavari, “The area under brackish aquaculture cultivation is more than 18,000 ha, whereas on paper it is around 7,000 ha”. Shrimp rearing in water that is more saline than fresh¬water and less saline than seawater is called brackish aquaculture. Apart from East Godavari, three other districts—West Godavari, Krishna and Guntur—contribute almost 75 per cent of the shrimp production in the region. These lie in the delta of Krishna and Godavari rivers, which join the Bay of Bengal, providing brackish water resources. 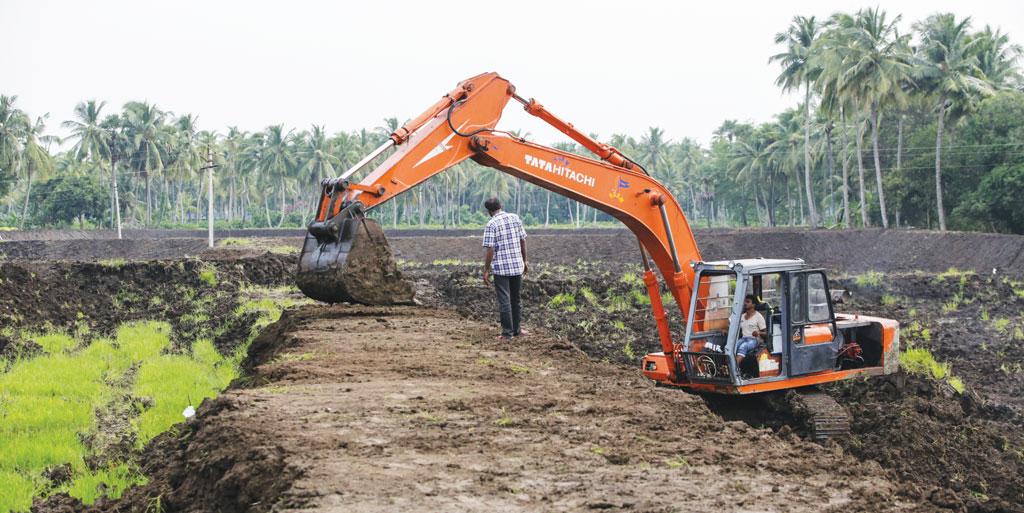 The sharp rise in the production of shrimp (see ‘More shrimp?’), mostly Pacific white variety, as well as the area under brackish aquaculture can be attributed to unregulated farming. “A survey we conducted in March this year brought out startling facts about illegal brackish aquaculture ponds,” says Rama Sankar Naik, the commissioner of the state fisheries depart¬ment. Traditionally, brackish aquaculture is practised by drawing saline water from high tide fed creeks and filling it into ponds. But Naik points out that the ponds are being constructed in paddy growing plains, which can damage fertile soil and groundwater. When asked about the damage to groundwater, the state’s water resources d¬partment did not comment.

Although Naik said that they are planning to take action against illegal ponds, there has been no action on the ground. In April 2015, the state government had issued an order to regulate brackish aquacul¬ture, directing the creation of zones suitable for it in every panchayat. The zones should be in low lying areas. However, the order has not been implemented so far, says Rammohan Roy, a former deputy director of the fisheries department. The official, who requested anonymity, says that even the AP High Court’s direction in February to destroy illegal ponds has also not been followed by the district administration.

P Kotesh Rao, Additional Director, Fisheries in East Godavari region says that most pond owners are given a license for fresh water fishing, but later they illegally convert them into brackish acquaculture. Arajilli Dasu, a local activist who works for the rights of fisher folks, alleges that only outsiders and big land holders are engaged in illegal brackish aquaculture and small and marginal farmers are forced to lease out their land in the hope of a stable income. A farmer who owns 0.2 ha land in Komargiri, East Godavari told dte on the condition of anonymity that he paid a bribe of Rs 5,000 to get a license for a pond.

Scientists are worried that loss of soil fertility may become irreparable. But for farmers, brackish aquaculture is a lucrative op¬tion especially as agriculture is dependent on uncertain external factors, such as rain and minimum support price decided by the government. Suresh Raju, who cultivates coconut and paddy on 3 ha in Dugdurparly, feels that farmers had never earned so much. “In the lieu of high labour costs and lack of guaranteed income, crop cultivation has become unviable. Aquaculture pro¬vides them guaranteed income, Rs 50,000 per 0.4 ha per year, but at the cost of the fer¬tility of land.”

AK Sahoo, a scientist who studies the ecology of rivers at the Central Inland Fisheries Research Institute, Barrackpore, Kolkata, West Bengal, says, “In just three to four months, one’s earning can be three times the investment in brackish aquaculture.”

And yet the problem may be nothing new, says Venkatesh Salagrama, a marine consultant in Kakinada, East Godavari. “The damage started in late 1980s when brackish aquaculture was introduced by the state, but no one bothered then. The reason people are making a noise about it now is because it has become a matter of food security,” adds Venkatesh