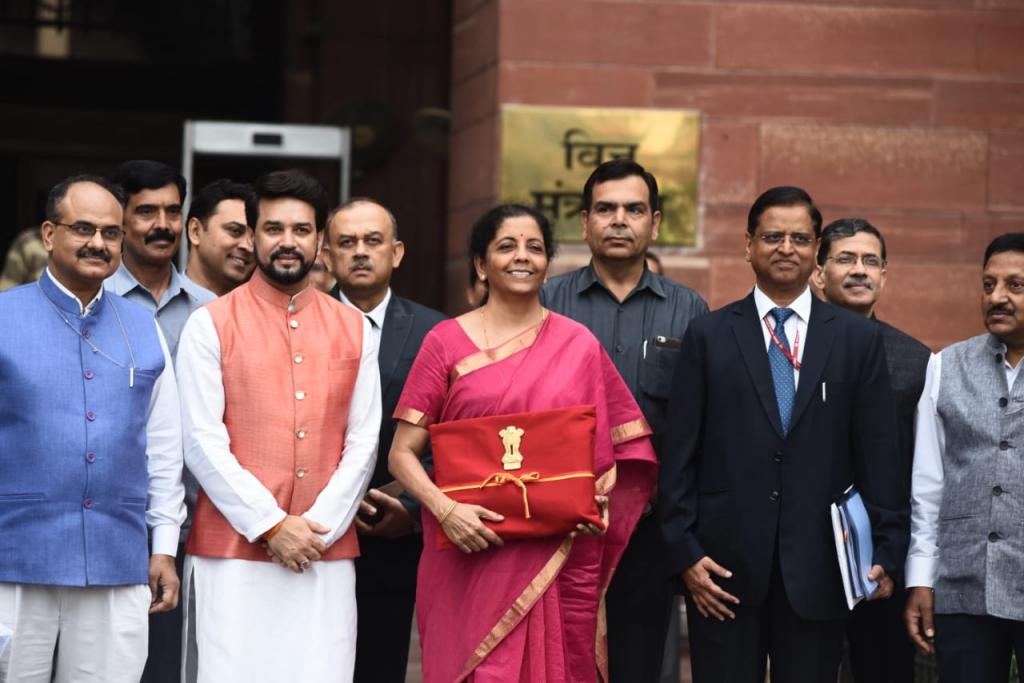 The proposed Budget 2019-20 has historic allocation for the Ministry of Agriculture and Farmers’ Welfare: Rs 1,30,485 crore —the highest-ever.

The allocation proposed by Finance Minister Nirmala Sitharaman in her maiden budget speech represents a 140 per cent jump over the ’18-19 budget estimate of Rs 57,600 crore. This leap is mostly due to the staggering Rs 75,000 crore allocated to the Pradhan Mantri Kisan Samman Nidhi (PM-Kisan). Of the agriculture ministry’s budget, 57 per cent is now for direct cash assistance to farmers.

In its interim budget just before the elections, the National Democratic Alliance government declared this income assistance scheme with retrospective effect. In the budget for 2018-19, thus, Rs 20,000 crore was allocated. The PM-Kisan scheme provides a Rs 6,000 in income support to each farmer in three instalments of Rs 2,000 each.

The historic allocation, however, is still less than Rs 10,000 crore of what was proposed in the interim budget.

Average annual growth rate in real terms in agricultural and allied sectors has remained around 2.88 per cent (2014-15 to 2018-19). Besides, rural wages continue to stagnate. These have led to an overall decline in rural consumption as people have less to spend.

In the Economic Survey 2018-19, boosting consumption in the country has been identified as a major pathway to increase economic growth. With rural areas accounting for 60 per cent of the consumption, it was expected that the government would declare as much as possible to kickstart consumption.

In fact the Economic Survey recommended that the MP-Kisan cash assistance to all farmers would be a big boost to local income.

The 2018-19 financial year's 6.8 per cent economic growth was lower than the five-year average of 7.5 per cent. The dip was majorly due to low agricultural growth — in fact, a contraction in the fourth quarter. Low food inflation made farmers produce less and spend less. Rabi acreage shrank marginally.