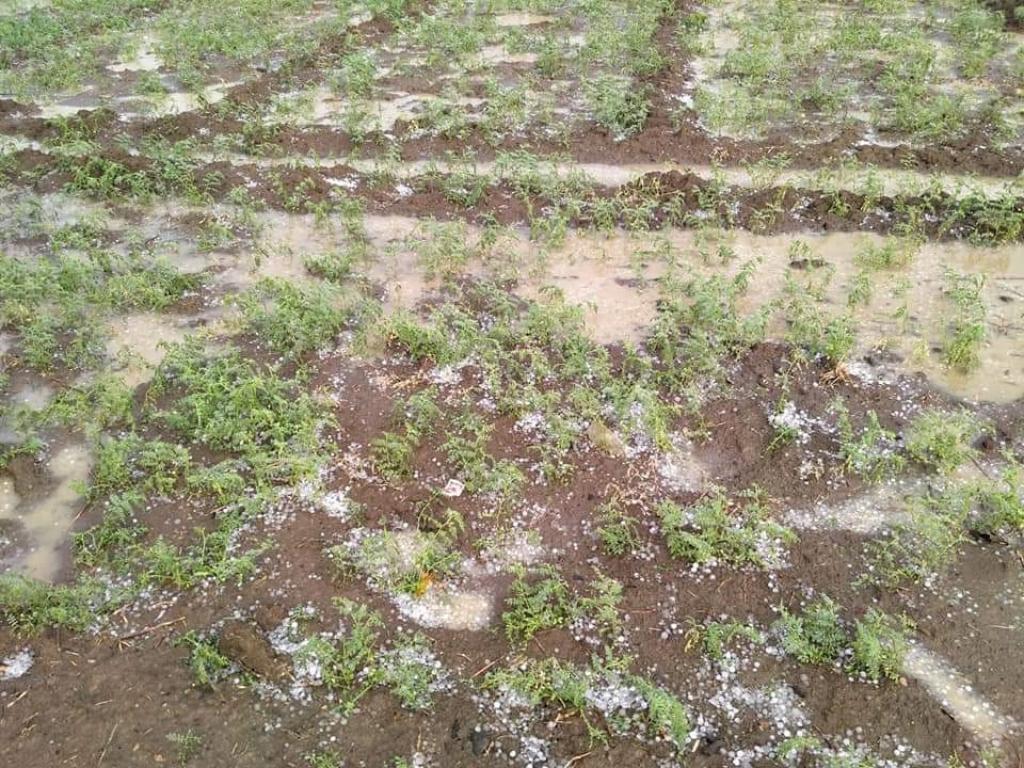 Rains and hailstorms have been occurring in many parts of Rajasthan and Madhya Pradesh lately.

According to farmers, hail fell in nearly 10 districts of the state including Sheopur, Morena, Dewas, Bhopal, Panna and Harda.

Shubham Patel, a farmer from Dewas district, told this reporter that 5-7 villages in his area had been badly hit and the standing crop of chickpeas (gram/chana) had been damaged.

The garlic crop too has been reported to have suffered damage in several places.

Sonu Yadav, a farmer of Bairagarh Kalan village in Bhopal district, said his rose farm was badly damaged due to the rains and hail. In his village, rose is grown on one acre of land, half of which has been estimated to have suffered damages.

Farmers have demanded crop surveys and compensation from the state government. However, there has not been any response from the government so far.

After the rains, Bhopal's temperature dipped by 7 degrees Celsius. Guna, Sheopur and Dewas also saw a decrease in temperature. According to the Meteorological Department, Gwalior and Hoshangabad districts received 3-4 millimetres of rain. Light rains occurred in Guna and neighbouring Ilkom too.

Agricultural science researcher Rajendra Patel told this reporter that farmers planting mustard in Gwalior and adjoining areas will gain from the rains.

“This time, most of the fields are either lying empty due to delayed harvesting of paddy, or the crops are too young to be damaged by rains. Hence, many many farmers have not lost much,” Patel said.

Meanwhile, the district of Nagaur in Rajasthan turned white after being blanketed by hailstones recently, prompting social media posts:

This is not Finland. This is Nagaur district of Rajasthan effected by hailstorm. Worst effected are farmers in these tragedies. This is what weather variation can do, and in long run what climate change can do. pic.twitter.com/mn0de12tfH