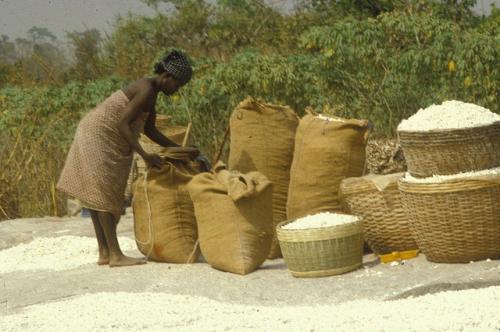 According to the Food and Agriculture Organization (FAO), urgent action is needed to provide support to 385,000 people in Nigeria’s northeastern region where food insecurity is rampant due to prolonged conflicts.

Resumption of agricultural activities is needed to ensure that people produce enough food and to revive the rural economy.

People displaced by conflicts need urgent assistance to recover their livelihoods, which are mostly based on farming, fisheries, aquaculture and livestock production.

“This year, significant territory previously controlled by Boko Haram has been rendered accessible to humanitarian assistance, so we have a critical opportunity to tackle the alarming levels of food insecurity in northeast Nigeria,” Tim Vaessen, the FAO’s emergency and response manager in Nigeria, said.

Three consecutive planting seasons have been lost due to conflicts in northeastern part of the country. Large influxes of people escaping repeated Boko Haram attacks have put pressure on vulnerable communities and their livelihoods.

Failure to rebuild the rural economy will translate into lack of employment opportunities. This will lead to youth radicalisation and enrolment into armed groups, the FAO warned.