Why India continues to use lethal pesticides 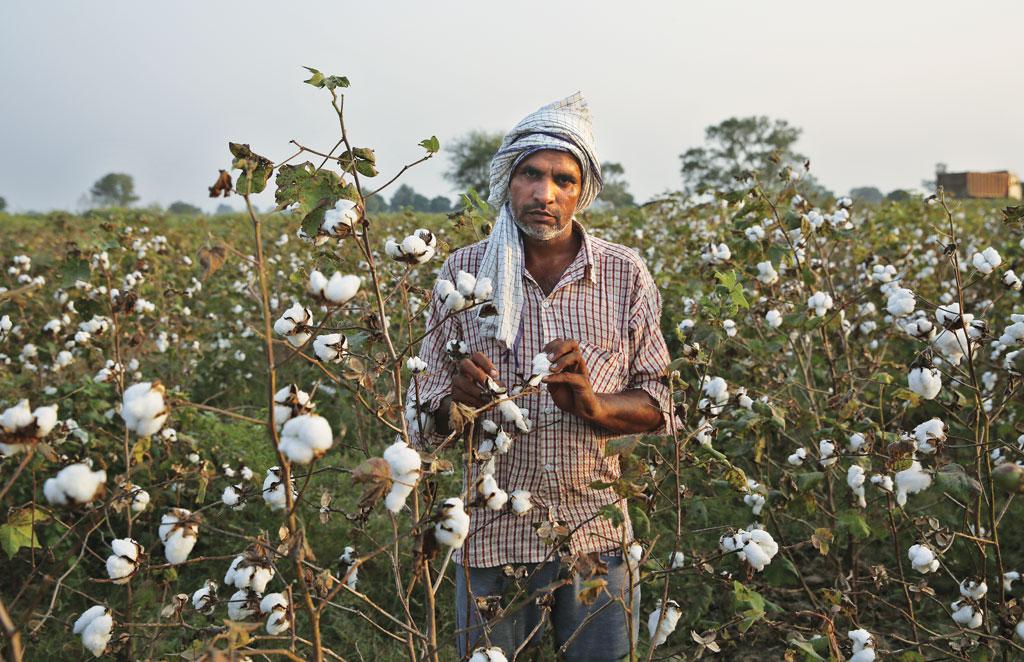 Cotton fields of Vidarbha have turned into a deathbed for farmers. Some 35 farmers have died in the region since July due to pesticide poisoning. (Photo: Vikas Choudhary)

One more evil has reared its ugly head in Maharashtra’s arid Vidarbha region, which has so far been infamous for farmer suicides. Some 35 farmers in the region have died of pesticide poisoning in last four months. Most of them were working in cotton and soybean fields and had inadvertently inhaled pesticides while spraying on crops. The death toll is highest in Yavatmal district, where 18 farmers died between July and the first week of November. Similar incidents have also been reported from Nagpur, Akola and Amravati districts.

B S Yelke, head of the medicine department at Shri Vasantrao Naik Government Medical College in Yavatmal, says, some 479 poisoning cases have been referred to the hospital since July. Most of them complained of giddiness, vomiting, loose motions, irritation, watering of the eyes and blurred vision. “At present, 10 patients are undergoing treatment. Of them, three are critical and one is on ventilator support,” Yelke told Down To Earth on November 2.

The incidents have given rise to apprehension about the pesticides used in the region. “People in my village are scared of using pesticides after it took my father’s life on October 1,” says 20-year-old Prateeksha G Fulmali of Sawargaon village in Yavatmal’s Kalamb block. “Why does the government allow the use of such pesticides that are potentially lethal for people?” she asks.

Following the incidents, Maharashtra Chief Minister Devendra Fadnavis ordered a probe by Special Investigation Team (SIT) into the deaths. While SIT was yet to submit its report when the magazine went to press, on October 12, the Alliance for Sustainable and Holistic Agriculture (ASHA), a nationwide network of farmers’ organisations, released its fact-finding report and blamed toxic pesticides like monocrotophos, oxydemetonmethyl, acephate, profenofos, fipronil, imidacloprid and cypermethrin used in different combinations for the deaths. Members of ASHA prepared the report after visiting Kalamb and Aarni blocks of Yavatmal on October 9 and 10. On November 1, as an immediate measure, the state government banned five pesticides—formulations of acephate, monocrotophos, diafenthiuron, profenofos and cypermethrin, and fipronil and imidacloprid—for 60 days in Yavatmal, Akola, Amravati and neighbouring Buldhana and Washim.

This is not the first time people have died or been hospitalised because of accidental pesticide poisoning. According to ASHA, six farmers had died of pesticide poisoning last year in Yavatmal district; at least 176 people were hospitalised. Data with the National Crime Records Bureau shows that in 2015, some 7,060 people in the country died due to accidental pesticide poisoning. In 2013, some 23 children died in Dhar mashati Gandaman village in Bihar’s Saran district after consuming mid-day meal tainted with traces of monocrotophos. A January 2002 report by four organisations—Toxics Link, Sarvodaya Youth Orga nisation, the Centre for Resource Educa tion and Community Health Cell—highlights farmers’ deaths in Warangal district of Telangana after spraying of pesticides. These incidents highlight the casual attitude of the government towards regulating toxic pesticides.

Consider this. Two of the pesticides blamed for the recent deaths—monocrotophos and oxydemetonmethyl—are classified as Class I pesticides by the World Health Org anization (WHO) because of their acute toxicity. Class I pesticides contain ingredients that are extremely hazardous (Class Ia) or highly hazardous (Class Ib). A few grams of these pesticides can prove lethal for an average adult. They are banned in several countries, including the EU. However, they are widely used in India. In fact, 18 Class I pesticides are registered for use under the Central Insecticides Board and Registra tion Committee (CIBRC), which looks after pesticide registration. As per the data available with the Directorate of Plant Prote ction, Quarantine and Storage, a body under the Union Ministry of Agriculture and Farmers Welfare, Class I insecticides (pesticides) accounted for close to 30 per cent of India’s total consumption of insecticides (pesticides) by weight in 2015-16 (see ‘Grave danger’,). 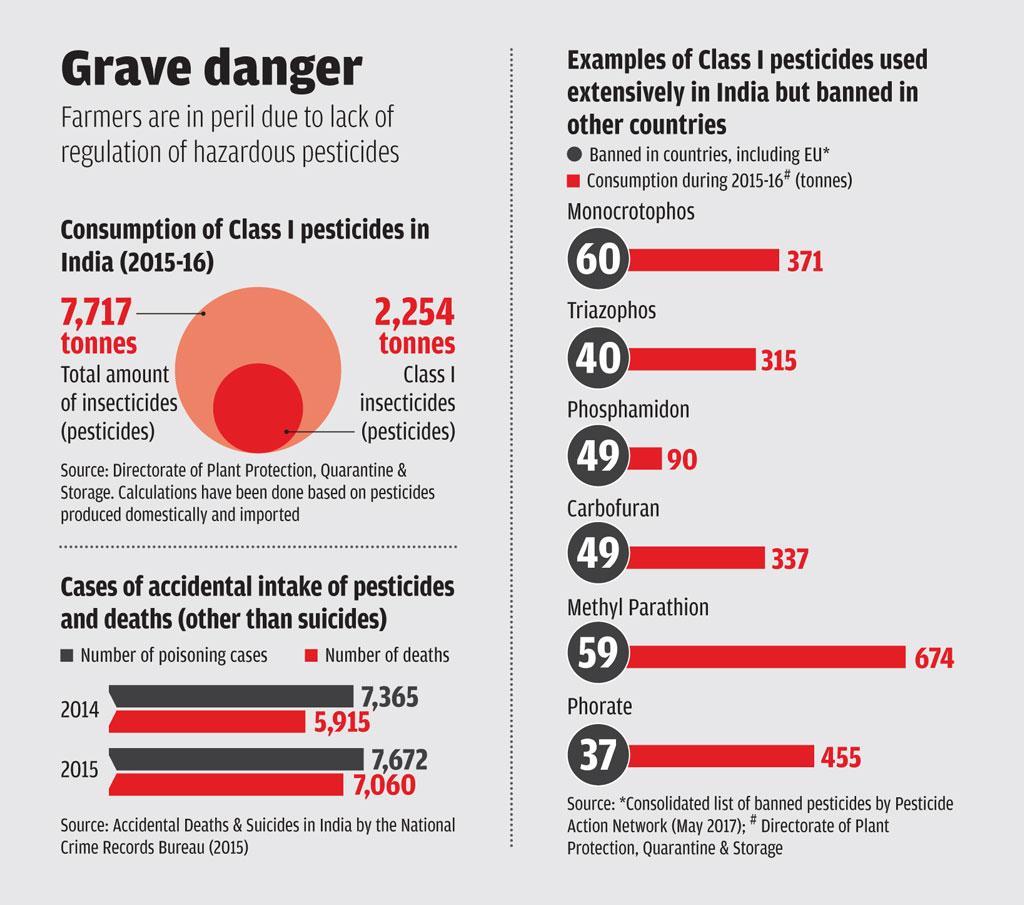 In 2013, the Union agriculture ministry set up an expert committee under the chairmanship of Anupam Verma, former professor, Indian Agricultural Research Institute in New Delhi, to review 66 pesticides banned in several countries, but used in India. The committee reviewed 11 of the 18 Class I pesticides registered in India. Based on its recommendations, the ministry has proposed to ban three Class I pesticides from 2018 and another four from 2021. Neither monocrotophos nor oxyde metonmethyl figure in the list of pesticides scheduled to be banned.

“Every year, there are about 10,000 reported cases of pesticide poisoning in India. The agriculture ministry and state agricultural departments are solely responsible for this unsafe use of pesticides in the country,” says Chandra Bhushan, deputy director general of Delhi non-profit Centre for Science and Environment (CSE). “Deaths and illnesses due to pesticides can be avoided if we can urgently fix some of the crucial gaps in regulations and improve enforcement,” he adds. In 2005, CSE conducted a study on Punjab farmers and found residues of various pesticides in their blood.

Devanand Pawar, convenor of Shetkari Nyaya Hakka Andolan Samiti, a farmer’s rights association based in Maharashtra, explains how the government is responsible for the pesticide poisoning in Vidarbha. Most farmers in the region spray excessive pesticides to tackle pink bollworm infestation found in cotton and suffered from the exposure. This is because agriculture departments do not teach farmers how to use pesticides safely. The government should also ensure that farmers use protective gears while spraying pesticides, Pawar says.

Kavitha Kuruganti, national convenor of ASHA, says, “During our probe in Yavatmal, we found there is no one to teach farmers about scientific pest management. Pesticide manufacturers and the government do not offer such solutions. While farmers are desperate to protect their crops, farm workers want to earn maximum money during the spraying season. We found that to deal with multiple problems related to crops as well as to save money and time, most farmers had sprayed mixtures of pesticides.”

Besides, farmers decisions are often influenced by pesticide dealers. “Though farmers have in-depth knowledge in crop management and land use, they have no idea about pesticides,” says C Jayakumar, director, Pesticide Action Network (PAN), an international coalition. “Mismanage ment of pesticides is a complex issue in India. Yet, the government remains a mute spectator by allowing companies to act as they like,” Jayakumar adds. 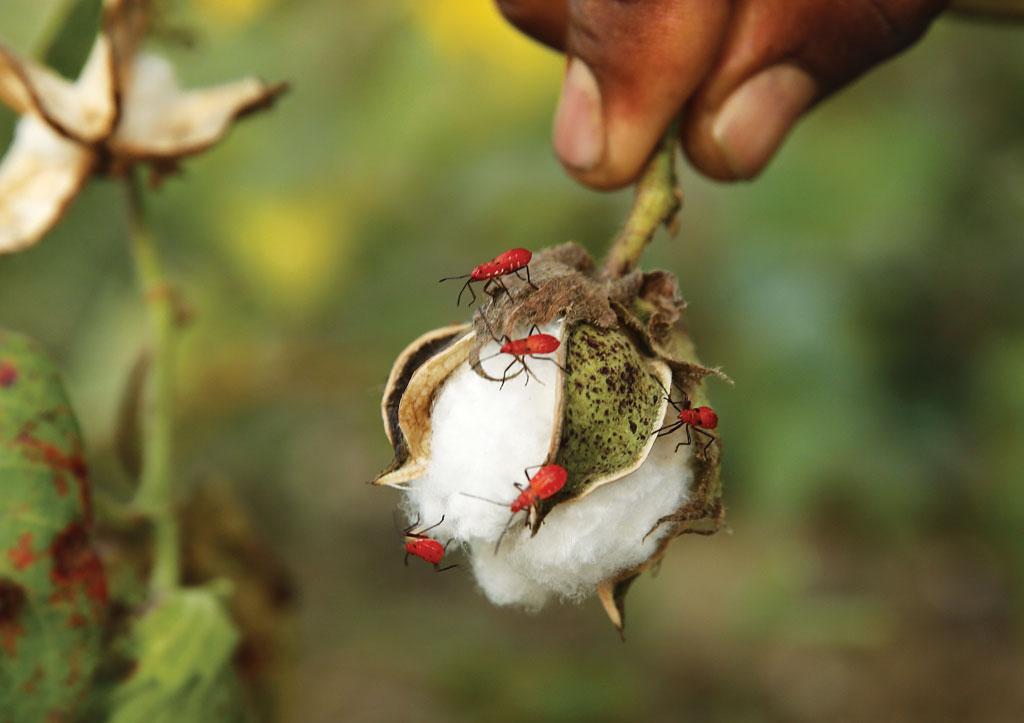 As per the International Code of Conduct on Pesticide Management, jointly released by the Food and Agriculture Organization and WHO, in 2014, “pesticides whose handling and application require the use of personal protective equipment that is uncomfortable, expensive or not readily available should be avoided, especially in the case of small-scale users and farm workers in hot climates.” Maharashtra’s case highlights violation of this code, Jayakumar says.

Unapproved use of pesticides—spraying a particular pesticide on a crop for which it is not allowed— continues to be a big problem in the country. In 2013, CSE had published a report in which researchers reviewed guidelines regarding the use of pesticides in crops like wheat, paddy, apple, mango, potato, cauliflower, black pepper, cardamom, tea, sugarcane and cotton.

The report says in several cases, agriculture universities and state agriculture departments recommend pesticides not registered by CIBRC for a particular crop. For instance, in the case of wheat, Punjab, Haryana and Madhya Pradesh recommended 11, five and nine pesticides respectively not registered by CIBRC. Similar trend was found in other crops across states. The study pointed out that recommendations of waiting periods for as much as 10 pesticides were not completed and that the Food Safety and Standards Authority of India (FSSAI) had not fixed maximum residue limits (MRLs) for many pesticides. Of the 234 pesticides registered in 2013 in the country, FSSAI had not set MRLs for 59.

“While India needs to address pesticide mismanagement from several aspects, the most urgent step needed is to ban the use of Class I pesticides. The recommendations of the Verma committee are inadequate and government actions so far are not in line with the urgency and scale of the problem,” says Amit Khurana, senior programme manager, food safety and toxins, CSE.

According to Bhushan, India needs a new pesticides management law to address issues related to the unsafe use of pesticides. It must also ensure strong enforcement to address acute toxicity in farmers and chronic toxicity due to pesticide residues in food.

(This article was first published in the 16-30 November issue of Down To Earth under the headline 'Vidarbha's toxic trail').