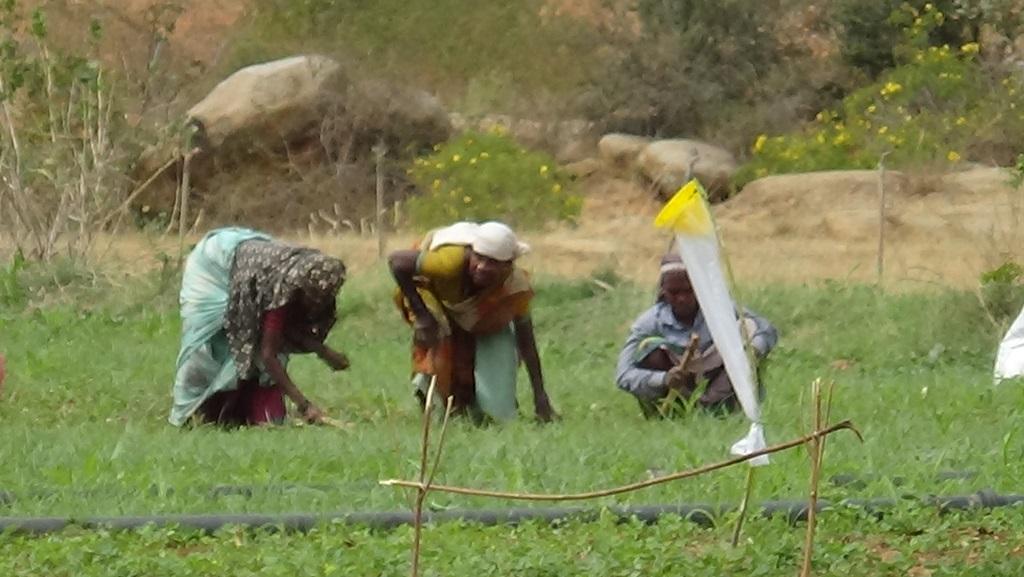 The main purpose behind voice calls is to improve the adoption rate among farmers. Credit: Ati Aniruddh

A host of information and communication technologies ranging from special services and applications to the use of mobiles, televisions, radios and satellites, can boost agricultural development by improving farmers’ access to timely information.

Keeping this in mind, the interactive voice response system (IVRS) has been introduced in Anantapur district of Andhra Pradesh under the flagship zero budget natural farming (ZBNF). “We are trying to bring innovation to Anantapur’s groundnut farmers through IVRS. For this, we are collaborating with our technical partner, Awaaz De, a Gujarat-based organisation. In the 2017 Rabi season, we finished a pilot in Anantapur where we reached out to 400 farmers. Based on positive results, we will enter phase 1 of the programme, now covering over 3,000 famers,” says Masthan Vali, programe manager of Digital Green, an international development organisation.

Vali’s organisation is closely working with the Andhra Pradesh government on ZBNF. According to him, farmers will receive calls on their mobile phones, informing them about the best ZBNF practices. The messages in Telugu will be prepared by Digital Green.

Under this programme, there will be facilities for both incoming and outgoing call. If a farmer misses the incoming call, then he can call on the outgoing number to listen to the voice message. Farmers will get voice calls after watching videos related to ZBNF at the village level.

The main purpose behind the voice calls is to improve the adoption rate among farmers. Right now, IVRS is extended only to the groundnut crop in Anantapur and paddy in East Godavari and Visakhapatnam districts.

“We observed that wherever farmers were shown videos as well as received voice messages, the adoption rate of ZBNF was high,” Vali adds. Messages will be of two types. One will be the reinforcement message after video shows, where farmers will be convinced about the best practices related to natural farming. The supplementary message will be more about forecasts and alerts in anticipation of some events. For instance, in case of pest attacks, farmers will be urged to use neemastram to save the crop.