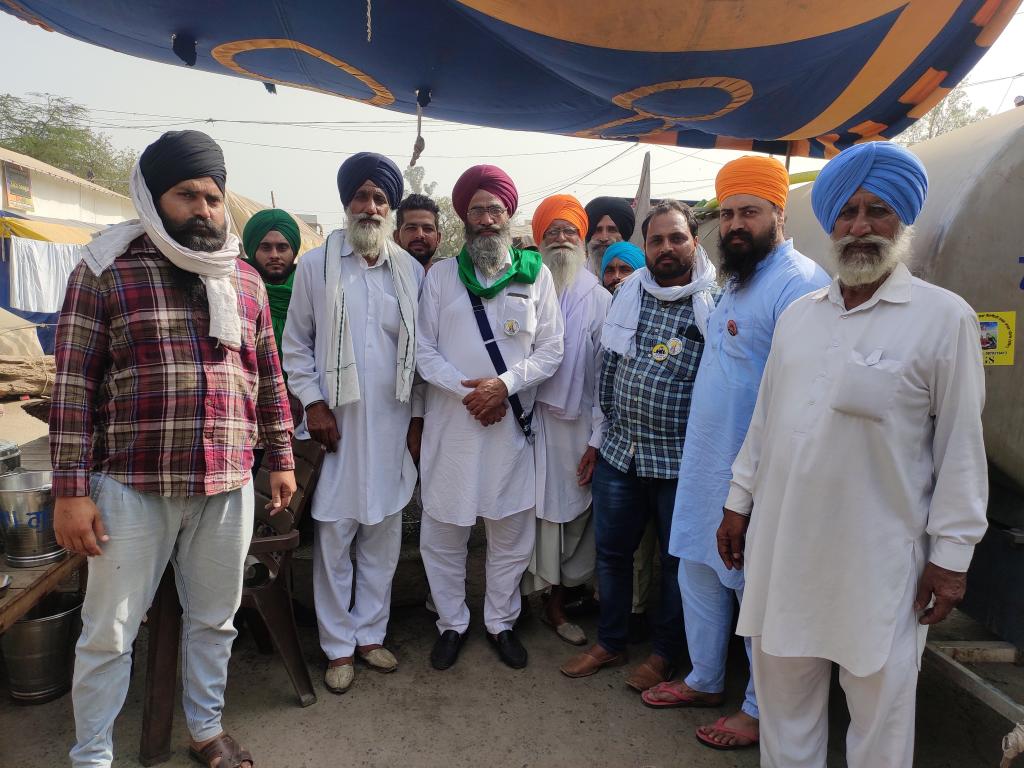 Farmers protesting against the three central agriculture-related laws said there movement would continue and the Narendra Modi government should set up vaccination centres at demonstration sites.

The Samyukt Kisan Morcha, an umbrella body of farmer unions spearheading the protest, appealed to farmers to follow necessary norms and take precautions like wearing masks.

The peasants have planned to strengthen their agitation and have been chalking out programmes to do so.

Tens of thousands of farmers who returned to villages for harvesting and selling wheat are scheduled to resume demonstrations at the protest site by end-April.

Campaigning in elections is slowly becoming a part of our movement. We didn’t want to be involved politically, but we will tell people to vote any party they like except the BJP.

Plans for a march to Parliament next month were afoot too.

Many protestors were apprehensive that the Union government might take legal recourse to remove them once the Assembly elections, currently underway, conclude.

“They may approach the Supreme Court and make the coronavirus the excuse. But we are prepared for anything,” Burjgill said.

Agriculturists started camping at Delhi’s Singhu, Tikri, and Ghazipur borders four-and-a-half months ago: They have been through a chilling winter and now face a sweltering summer even as the tally of the novel coronavirus disease (COVID-19) cases sore.

On most occasions earlier, the farmers termed the pandemic a “conspiracy” by the government to stall their agitation. But with more and more reports on increasing cases and deaths, protestors are being asked to take all necessary precautions.

“There has not been one COVID-19 case among us till now. Why is there talk of the disease only when it comes to us and not when the election rallies are being held?” asked Gurnam Singh.