What is behind fertiliser shortage in Andhra Pradesh 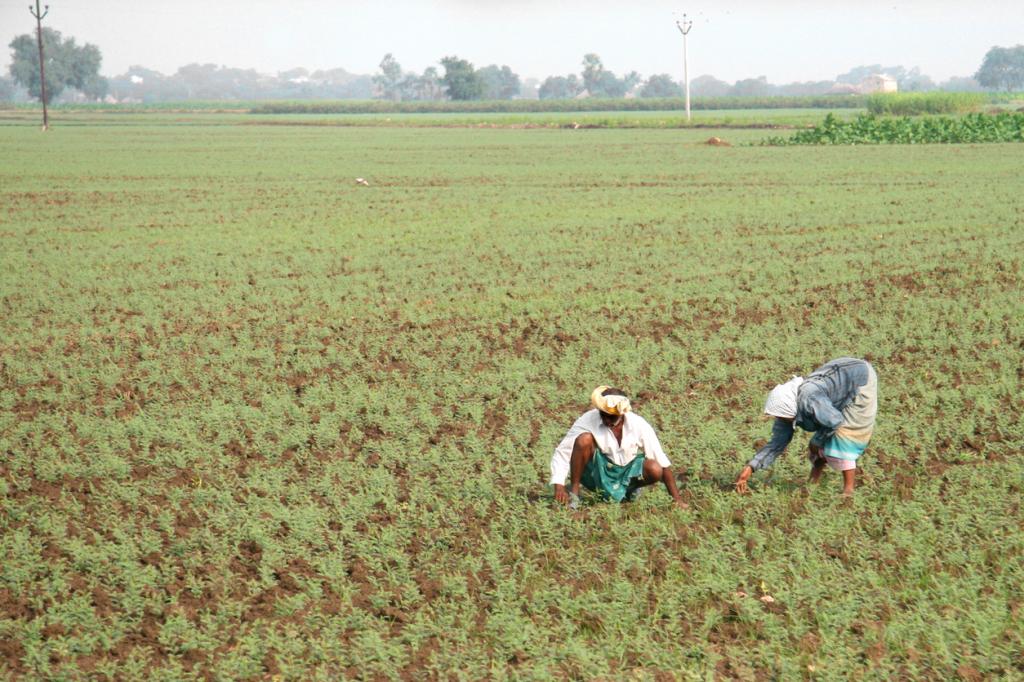 Farmers in Andhra Pradesh, especially in areas which cultivate paddy and maize,  complain of shortage of fertiliser, even as the state’s agriculture officials deny it.

Black marketing has made a bad situation worse and the hike in prices of fertilisers has become a double whammy, the farmers said.

A combination of measures brought in by the Centre in the name of transparency has added to the chaos, farm leaders mentioned. The shortage of urea, the most sought-after and subsidised fertiliser, is affecting the input costs of farmers the most.

They say the Rythu Bharosa Kendras (RBK), the state government’s centres at the panchayat level to distribute fertilisers, haven’t made much of a difference as they are also hit by a short supply of fertilisers from the Centre. During the launch of the facility, the state claimed the centres would sell fertilisers at a price Rs 10-25 less than the MRP cited by the companies.

The shortage is forcing them to buy from the black market, said T Bulli Raju, a farmer from Penakanamitta village of Kovuru mandal in East Godavari district. “We are not getting the fertilisers we need and are forced to even compromise on the brand and there by the quality.”

A combination of factors is causing the shortage, according to farm leaders. AP needs 1.6 million tonnes of fertilisers, of which 800,000 tonnes is urea, 300,000 tonnes is diammonium phosphate and the rest are other complex fertilisers.

Attempts to rein these companies are imperative as they are driven by their profit motive. Diversion of fertilisers meant for AP to other states is another reason for the shortage.

The Centre, while advocating reduced use of chemical fertilisers, has suggested a shift to organic farming for states. “If they want to rein in indiscriminate use of fertilisers in AP and Telangana, they need to test the soil and supply fertilisers accordingly to farmers,” he added.

Spreading organic manure on an acre of farmland costs the farmers Rs 5,000-6,000. Chemical fertilisers are much cheaper, they added. So, the transition cannot happen overnight unless there is an incentive for it.

Attempts to rein in subsidy

Attempts to rein in this subsidy outgo by making Aadhaar-enabled authentication of fertiliser sale to farmers at the retailer level have added to the chaos, according to farmers.

The subsidies are credited to the accounts of the fertiliser companies only after the authentication by the farmers at the point of sale. Problems in connectivity sometimes forces them to sell without authenticating, fertiliser dealers said.

This results in a mismatch between the stock available with them and actual stocks there, making it difficult for retailers in placing further orders. To prevent this, companies send their representatives to dealers, along with those who volunteer, to authenticate these pending transactions.

They also said they are forced to buy products which are not in demand immediately when they seek stocks, and these are pushed on to farmers.

Companies mandated to transport the stock to the retailer within 150 kilometres from the stock point free of cost charge them, the dealers added. The additional money is taken in cash, they shared. This burden of this expense is passed on to the farmers.

“We are forced to buy fertilisers like potash for nearly Rs 1,850 from private fertiliser dealers,” said C Mallikarjun from Tallacheruvu village, Acchampet taluk in Guntur district. “The maximum retail price of urea is Rs 267 and was also sold to us for Rs 420-430 per bag.”

The RBKs could not supply the needed fertilisers in time, he added. “Our capacity to repay money lenders has reduced. We cannot bear it any longer as input costs of pesticides and fertilisers have gone up.”

Finally, dealers aver the authentication system of distribution of fertilisers prevents them from sourcing products in areas with lower demand. This, they said, creates problems in allowing the market dynamics to play a balancing role in fulfilling the needs of farmers in a proactive manner.

Rates of fertilisers increased August-September of 2021.