As rural women are an integral part of the agrarian economy, they are important in the effort to achieve the Sustainable Development Goals 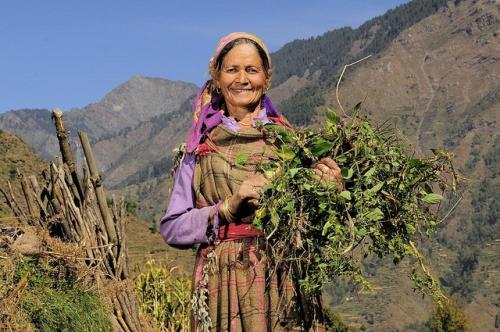 Achieving gender equality is critical in the fight against extreme poverty, hunger and malnutrition, the Food and Agriculture Organization (FAO) says.

To achieve this, involving women is essential as they are the backbone in agriculture and comprise 45 per cent of the agricultural labour force in developing countries. The figure rises up to 60 per cent in parts of Africa and Asia.

As rural women are an important part of the agrarian economy, they are key players in the effort to achieve the Sustainable Development Goals, especially the ones committed towards ending hunger and malnutrition.

In Africa and the Asia and the Pacific, women work 12-13 hours more than men per week. But across all regions, they are less likely than men to own or control lands and their plots are of inferior quality. Less than 20 per cent of the world’s landholders are women.

According to reports, the condition of rural women employed in the agriculture sector is worse than rural men and urban women. They experience poverty, exclusion and the effects of climate change, the United Nations says.

The productivity of women farmers is also lower than that of their male counterparts and the former is more constrained by limited access to information and services and are less mobile.

Engaging more women in agriculture can benefit the society greatly, as they reinvest up to 90 per cent of their earnings back into their households. The money is spent on nutrition, food, healthcare, school and income-generating activities. This helps break the rural poverty cycle.

A report points out the increasing feminisation of smallholder agriculture, especially in sub-Saharan, as women are increasingly left to take care of farms after men migrate to cities in search of jobs.

Women also play a significant role in agrifood systems across Latin America and the Caribbean. “In rural areas, the contribution of women is mostly invisible although they perform a large part of the activities at farm level as well as domestic work and unpaid home care,” Claudia Brito, FAO gender officer, says.