The US has serious problems with India, mostly related to programmes providing a lifeline to vulnerable farmers and ensuring food security of millions of impoverished people 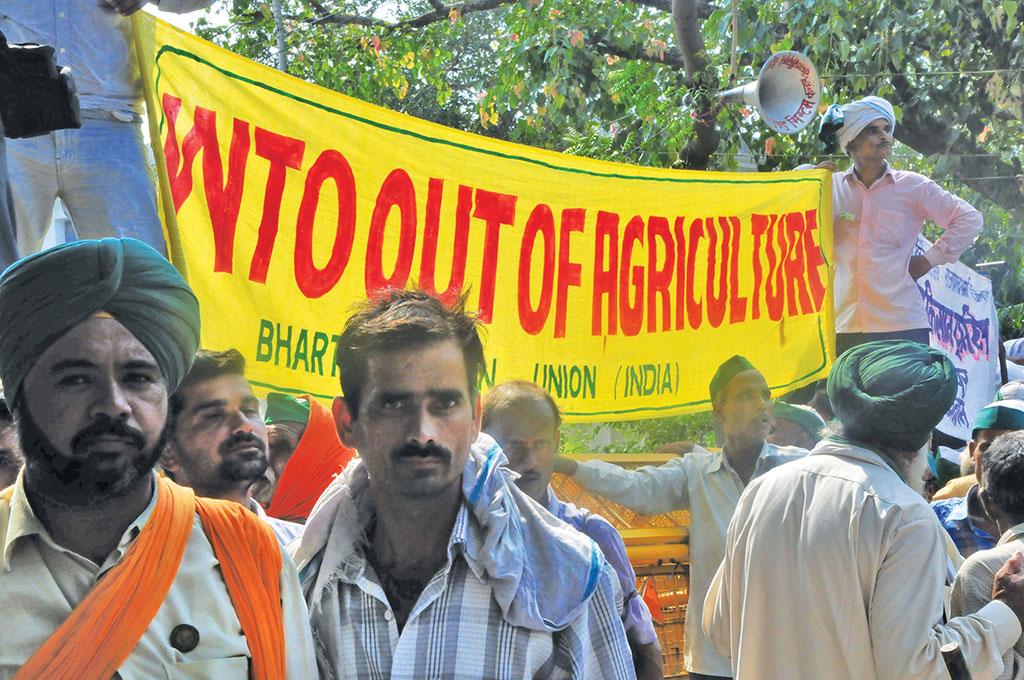 The deafening clash of cymbals with which the US-China trade war was launched at the World Trade Organization (WTO) has muffled the drumbeats of the assault on India, a relentless attack on the country’s agriculture and food security policies, as also its package of export incentives.

The Donald Trump administration may be leading the charge, but a host of other countries are also pinning India down on its subsidies which they claim are distorting trade. To say that the country is facing its toughest challenge at WTO may well be an understatement.

At the September 2018 meeting of WTO’s Committee on Agriculture, several countries questioned India over its policies on sugar, pulses and skimmed milk. Australia, in particular, was concerned by a series of measures announced by India to help its cash-starved sugar mills — from offering soft loans to doubling import duty.

As a country with a minuscule share of the market, Australia’s concern is curious because New Delhi has made it clear that it does not give any subsidy for exports but only a production subsidy to its cane growers. However, it was backed by dominant exporters like Brazil, which accounts for a humoungous 41.3 per cent of global exports, and Thailand, which has nearly 10 per cent of the market. In comparison, India has just 2.4 per cent market share.

The US, unsurprisingly, has more serious problems with India. Most of these are related to programmes that provide a lifeline to vulnerable farmers and ensure the food security of millions of impoverished people. A big sticking point is the public stockholding of foodgrains to implement its National Food Security Act, a policy that was assailed at the 2013 Bali ministerial of WTO by the developed nations.

There was a reprieve of sorts at the Bali conference which was held soon after New Delhi passed the food security law. With the support of the G33 countries, India got a temporary pass on the scheme, “a peace clause”, in return for accepting the Trade Facilitation Agreement that rich nations have an abiding interest in.

India was promised a permanent solution to the public stockholding issue, but WTO has been unable to agree on this despite two ministerial conferences since Bali. In December 2017 at the Buenos Aires ministerial, Commerce and Industry Minister Suresh Prabhu once again pressed India’s case for a permanent solution calling it “a matter of survival for 800 million hungry and undernourished people in the world”. But that argument is not really moving either hearts or minds at WTO where India is being accused of breaching its subsidy limits.

Worse, in May 2018, as the trade war escalated, the US trained its guns on India’s age-old policy of providing a minimum support price (MSP) on foodgrains, claiming it was above the permitted 10 per cent market price support (MPS) limit. MPS is the gap between MSP at which the government procures its food security grains such as rice and wheat — it is also applicable to over a dozen other crops — and the “external reference price” (ERP) set by WTO.

It is here that the double standards adopted by WTO are most apparent. India’s administered prices for farmers are calculated as subsidies by comparing them not to market prices within the country but to an archaic ERP from 1986-88. Inflation since then has been well over 500 per cent which would automatically make today’s price look very high and result in seemingly larger than actual subsidies.

The current standoff at WTO is over the different methodologies adopted by the US and India to calculate agriculture subsidies. While the US claims the MPS for rice in 2013-14 was as high as 77 per cent of the production value and 65 per cent for wheat, India maintains that its market support for rice was as low as 5.45 per cent and negative for wheat.

This is because Washington computes the MPS using the rupee as the currency while India calculates the value in dollar terms. Moreover, the US erroneously takes into account the total production of rice and wheat instead of the actual quantity procured whereas India calculates the subsidy on just the amount of grains procured by the government. This comes to just half the production figure. 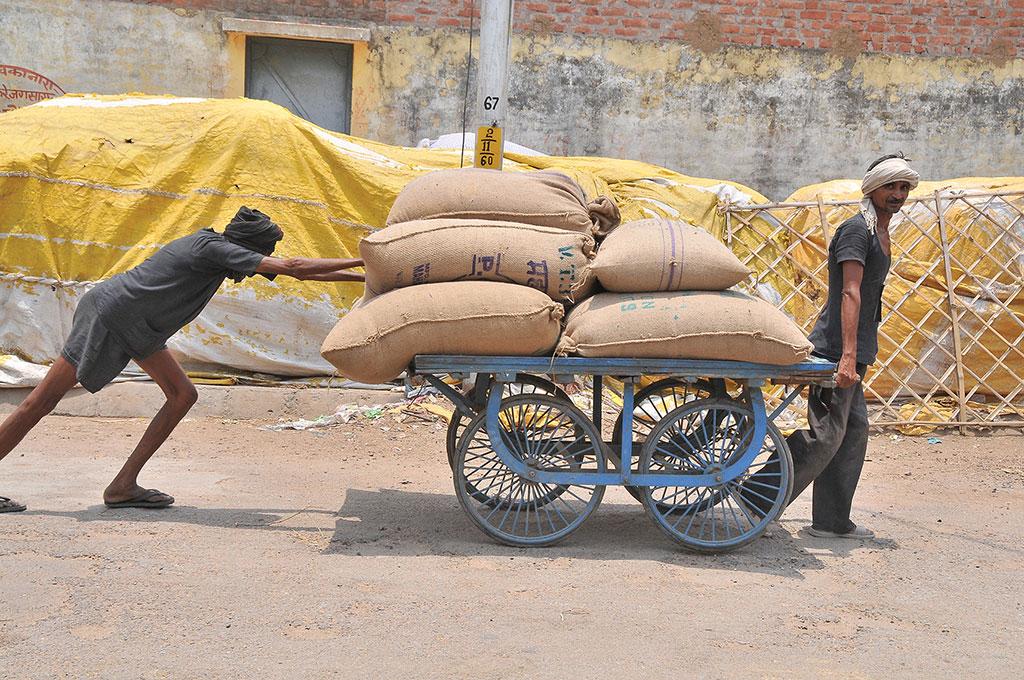 Has India been fudging the subsidy figures as the US claims? New Delhi firmly denies this and says it follows the methodology laid down by WTO which does not specify the currency in which the calculations have to be made.

In his paper, Looking for a Permanent Solution on Public Stockholding Programmes at the WTO, economist Franck Galtier states categorically that the problem stems from the biases in the WTO rules. He lists the three problematic biases:

Galtier, who is with CIRAD, the French Agricultural Research Centre for International Development, which works on sustainable development, suggests, as do many other trade economists, that developing countries should be allowed to play on the ambiguities of the Agreement on Agriculture (AOA) that allows different interpretations how the support provided by public stockholding programmes should be calculated.

The more radical proposal is that WTO should relax the rules on domestic support. Since there are several ways of skinning the cat, one method would be to provide exemption from WTO disciplines in specific cases such as when the food is purchased from low-income or resource-poor producers. This was a proposal made by the G33 countries in 2012 but has not found any traction. The G33 is a coalition of developing countries that have special concerns on agriculture. The group, despite its name, has 47 members currently.

That should have counted for something in the 164-member WTO, but the organisation is only swayed by economic heft and not mere numbers. Attempts by developing countries to reform the patently lopsided AOA have thus been stymied by major trading countries whose subsidies continue to dwarf those provided by poorer nations.

The genesis of the problem lies in the skewed nature of many agreements that are set in stone at WTO, agreements that were negotiated during the Uruguay Round of the General Agreement on Trade and Tariffs, which governed global trade before the establishment of WTO on January 1, 1995.  The most egregious of these is AOA which was pushed through by astute negotiators from the rich world to suit their interests.

Subsidies were conveniently slotted into differently coloured boxes: Those considered non-distorting are listed in the green box, the minimally distorting ones come under the blue box while subsidies seen as causing serious market distortions are categorised as amber box subsidies. No surprise here that nearly all the rich countries’ subsidies fall into the green box while those of developing nations are mostly in the amber box. There is no expenditure limit on the subsidies that fall into the first two boxes while the amber box subsidies have to be limited to 10 per cent of the value of agricultural production for developing countries and 5 per cent for developed countries.

Leading trade expert Biswajit Dhar points out wryly that when the AOA was being fashioned, the developing countries were all using the so-called distorting forms of subsidies, which is the reason why the classification is heavily weighted against them. The most brazen sleight of hand has been practised by Washington which has shifted most of its farm subsidies (88 per cent) into the green box.

This has enabled the world’s largest trading nation to increase its farm subsidies from around $61 billion in 1995 to $139 billion in 2015. This is a whopping 128 per cent increase. Dhar, now a professor at the Jawaharlal Nehru University, New Delhi, says the biggest injustice of the WTO regime is that “US has been subsidising its corporate agriculture to capture global markets while it targets the subsidies India gives to an overwhelmingly large share of small and marginal farmers.”

Adam Andrzejewski, CEO and founder of OpenTheBooks.com, a private database on government spending, reveals the stark inequity of the system. He says that since 2008, the top 10 American farm subsidy recipients have raked in an average $18.2 million, or $1.8 million annually. “With the median household income of $60,000 a year, these farmers received more than 30 times the average yearly income of US families.” The comparison with the support given to Indian farmers would beggar belief.

This was first published in the State of Environment 2019.