The company should withdraw this statement and support the government in bringing clean diesel technology as soon as possible, says CSE 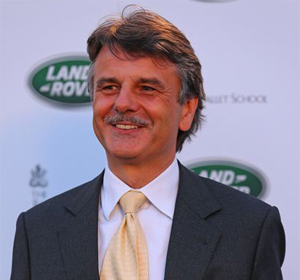 Jaguar Land Rover Chief Ralf Speth's statement claiming that all their car models are Euro VI compliant and clean the air is irresponsible, according to Delhi-based non-profit Centre for Science and Environment (CSE). Speth told Indian news agency PTI that "the air they (their cars) suck in is far dirtier than the air which comes out of it".

CSE condemned Speth's remarks, calling them misleading because he did not explain how Euro VI cars are working in India. Indian fuel is high in sulphur and would have destroyed the cars' emissions control systems by now.

“This is a most irresponsible statement to make at a time when dieselisation in India is contributing towards rising particulate and nitrogen oxides and ozone pollution, and also to the risk of growing lung cancer incidence in cities. Also, globally diesel cars have come under scrutiny and action for aggravating the problem of nitrogen oxide pollution and high and variable emissions from diesel cars on road,” said Anumita Roychowdhury, CSE’s executive director, in a press release.

CSE said such irresponsible claims have been made when public health risk from diesel emissions has been taken up on a priority basis by the Supreme Court and the Government of India. While the Supreme Court has already initiated action against diesel trucks and luxury diesel cars in the National Capital Region of Delhi, Government of India is advancing enforcement of Euro VI emissions standards.

The Jaguar statement comes after Mercedes Benz had made similar claims about the emissions from their cars being clean and Chief Justice of India T S Thakur had commented, “Does your car emit oxygen?”

CSE has asked the Tata Motors-owned company to take back these words and instead support the government in bringing clean diesel technology as soon as possible. The non-profit has made the following remarks in its release:

Do not confuse people with what you sell in India with what you sell in Europe or in the United States. Indian standards are 10-15 years behind Europe: A CSE analysis said the car industry might be producing clean diesel technology in advanced markets of the US and Europe but not in India as the law of the land does not require them to. But that cannot be used to justify the current level of diesel technology meeting Bharat Stage III and IV emissions standards in India. Only at the level of Euro VI, diesel emissions begin to close the gap for both particulate and nitrogen oxide with petrol emissions and become substantially cleaner. Only that level of technology requires advanced particulate trap and advanced NOx controls and reduce particulate emissions by more than 90 per cent and NOx emissions by 94 per cent.

Experience in the US and Europe show that even at Euro VI, concerns over diesel remain: Studies carried out by agencies like the US-based International Council on Clean Transportation show that NOx emissions from diesel cars are highly variable and several times higher than the certified levels and require very stringent monitoring of on-road performance and compliance. In fact, test procedures for Euro VI are inadequate as they do not catch high NOx emissions while on road. This has begun to push up NOx levels in European cities. London is proposing to bar the entry of diesel cars less than Euro VI in their low emissions zones. A study in London has found that on average a diesel vehicle emits 22 times more particulate matter and at least four times as much NOx than a petrol equivalent car. Paris is proposing to phase out diesel cars. In 2014, the United Kingdom was dragged to the European Court of Justice for violating the NOx standards.

Advance Euro VI emissions standards and also enforce stringent in-use compliance regulations: The CSE analysis said that not only should Euro VI emissions standards be advanced, car companies should be made to meet stringent in-use compliance regulations to ensure the emissions from their cars remain within margin during the lifetime of the car. This is the lesson from the Volkswagen emissions scandal in which defeat devices were used to reduce the severity of the emissions control systems while on road the emissions increased significantly. “Make car manufacturers liable, accountable and responsible for the lifelong emissions performance of the cars,” said Roychowdhury.

Stop diesel car industry from finding means of dodging the Supreme Court order of discouraging use of low tax fuel for luxury consumption: Diesel car industry is resorting to circumvent the Supreme Court judgment by replacing the 2000 cc engines with slightly smaller engines. Just after the ban, Mahindra and Mahindra said on December 16, 2015, that “the company is actively evaluating the option of redesigning the engine capacity to comply with the current norms as prescribed by the Supreme Court order”. This defeats the intent and purpose of the Supreme Court directive that sought to discourage misuse of fiscal policy that taxes diesel low for the farmers, trucks and buses but is misused by the luxury car segment. Petrol car users pay much higher taxes for the same use than diesel cars users.

Diesel exhaust is a class 1 carcinogen with a strong link with lung cancer: It may be noted that the World Health Organization (WHO) and International Agency for Research on Cancer (IARC) classified diesel exhaust as Group 1 carcinogen for a definite link with lung cancer in June 2012, putting it in the same class as tobacco smoking, asbestos and arsenic. The most important fact is IARC-WHO have not classified different genre of technologies based on the cancer potency of their emissions and, therefore, it is wrong to say that this classification of diesel as a class 1 carcinogen only pertains to old vintage technology.

The CSE analysis said that the car industry cannot disregard public health risk associated with diesel emissions and must commit to a more stringent emission standards roadmap and compliance regulations. They should not resort to irresponsible business plans that enhance public health risk.